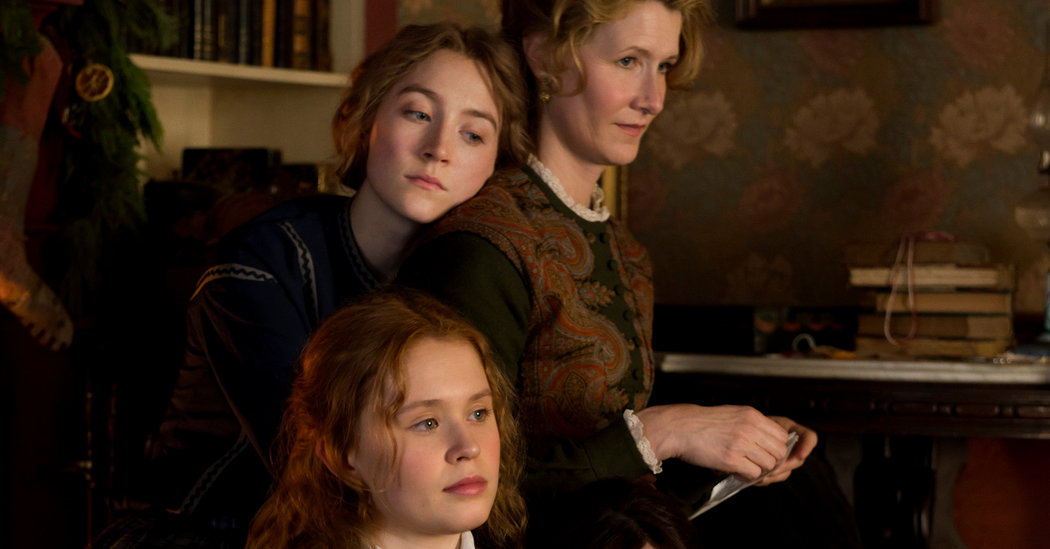 About a week before “Little Women” premiered in December, the tweets started rolling across my timeline. “I don’t care about ‘Little Women,’,” read one. Another pondered why this movie was being made now. And a perhaps kinder one that more aptly described the derision, “Little Women is white women’s Black Panther.”

I think I understand those reactions. “Little Women” is a book that its devotees tend to stress as a defining description of American girlhood. Its characters are lovingly interpreted as archetypes. Every girl, it is decided, must be in some part a Jo, a Meg, a Beth or an Amy. It’s that assumption of universality that irks when you are a black girl reader. In the decades since “Little Women” was published, children’s novels with black girl heroines have also been published — “Roll of Thunder, Hear My Cry”; “The Bluest Eye”; the works of Virginia Hamilton and Octavia Butler. But they do not possess the assumption of lingua franca that “Little Women” is given in cultural conversations. I do not know many who ask, for example, “Are you a Lauren?” in reference to “Parable of the Sower.”

If you are a black girl reading the American canon, you often have to perform a special equation. We do not appear in many of the books deemed classic literature. As Toni Morrison noted after she wrote her own contribution to the canon, “The Bluest Eye,” “that subject — those most vulnerable, most undescribed, not taken seriously little black girls — had never existed seriously in literature. No one had ever written about them except as props.”

So when we as black girls read most books, we have to will ourselves into the bodies on the page, with a selectivity and an internal edit that white readers of the same canon do not necessarily have to exercise.

“So what?” one might think. Isn’t reading fiction an exercise in empathy? But empathy for whom, and for what higher purpose, always complicates this supposedly benevolent action. Is empathy really empathy if it’s generally asked to flow in only one direction? Under those circumstances, empathy looks less like identifying with the other and more like emotional hegemony.

I saw “Little Women” the day after Christmas, with my two older sisters and my 12-year-old niece. The film I saw was one that explored how the small decisions made in childhood affect a whole life’s trajectory; how gender, birth order, social expectations can raise or dampen a spirit; and the prices paid for rallying against all those constraints to declare a self.

Even with the imbalance of empathy, the criticism of the film’s perceived unbearable whiteness seemed unfair to me. There is a fine line between a piece of art that acknowledges it is about the worldview of a very specific person — in the case of “Little Women,” that of a white girl in Massachusetts, raised in an abolitionist family during the Civil War — and a piece of art that declares that this worldview is the only one that matters and is fatally incurious about all others. This adaptation is alive with curiosity and is intent on reminding us of the context in which the March sisters lived. This is most evident in the shot of the March family, walking to a poorer neighbor’s house to give away their Christmas dinner and passing the rest of the town leaving morning church services — an institution to which they do not belong.

I should, perhaps, admit my own bias here. Maybe I am too comfortable, too unquestioning of performing these calculations over and over again. I read “A Tree Grows in Brooklyn” three times a summer, every summer, from ages 12 to 16. I read it so many times, I knew the opening lines by heart. “Serene was a word you could put to Brooklyn, New York. Especially in the summer of 1912.”

The novel is perfect because it ends on a question: What kind of person will Francie become? But I didn’t want to be Francie. I wanted her to be me. Around the fifth or sixth time I read it, I decided that Francie must be black. I just liked her so much. I loved her family.

I read the chapters that told the history of their arrival in America over and over, and seized on the phrase “Black Irish.” I grew up in a predominantly Irish suburb of Boston — I knew that people used the phrase to describe Irish people with darker hair and darker skin. I took that murky definition and decided it must mean Francie was black like me. Francie — with her fierce and sometimes unknowable mother, in her allegiance to her block, in her ability, borne of necessity, to create better worlds for herself inside her mind — all of these read as markers of black girlhood to me. I claimed her as mine.

When I made my claim, I did not feel as if I were betraying my blackness. Indeed, I felt an immense power, as if I’d found a way to read the book that only I was clever enough to discover. So I feel conflicted about the criticisms of “Little Women.” I understand the fatigue of watching a prestigious film about white women being claimed as a cultural watershed for women everywhere. But I also feel the pull of narrative, of images on the screen, of watching an artist build a world and inviting others to enter.

“Where are the black characters?” I remember reading on Twitter. And then a response saying you don’t want to see director Greta Gerwig trying to portray black characters. Nevermind that Ms. Gerwig did include black actors as townspeople. And then the turn again: Let’s stop imagining ourselves in white stories and instead create our own.

To this point, I think of the life of Ellen Garrison Jackson. Nine years older than Louisa May Alcott, she was a black girl in Concord, Mass., the second generation to live in her family’s homestead. Like Alcott, she grew up in a family committed to radical social change. Her mother worked as an abolitionist, occasionally working in coalition with white female activists in Concord. In 1866, she initiated an early lawsuit over segregation in public transportation, testing the nation’s first Civil Rights Act and predating Rosa Parks and the Montgomery bus boycotts by nearly a century.

Many of the things that readers respond to in the story of the March family — the questions of how to live a life of moral fortitude in an immoral world; the fierceness of righting injustices that young girls feel when they encounter the world — are a part of the history of Ellen Garrison Jackson. She could easily and with historical accuracy be included in the “Little Women” universe. The fact that she isn’t speaks to the value of the question of “Where are we?” The question can be valuable in helping to find the stories that are deeper and more complicated than the conventions of narrative fiction.

In the movie theater, watching the March sisters onscreen, I sat beside my own sisters, Alcott superfans, and my niece, who has been dragged to Orchard House, the Alcotts’ home in Concord, more times than she can count. Watching a movie and dissecting it scene by scene afterward with my sisters is one of my keenest pleasures, one I took for granted in childhood. One I recognize as an adult now as rare.

As we left the theater, we fell into the practiced conversation of sisters, a volley of interjections, an endless round of “and then,” “but so,” “and now.” It is worthwhile to point to the absences, the silences, the erasures in stories. But the questions should be an invitation to creation, not an end to conversation.

Kaitlyn Greenidge is the author of the novel “We Love You, Charlie Freeman” and a contributing opinion writer.