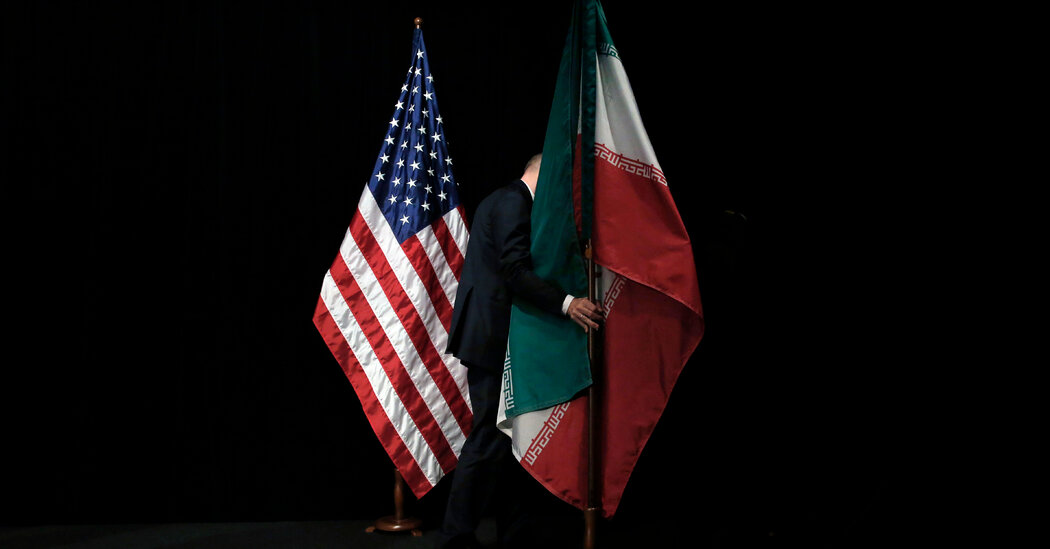 Since Iran and the U.S. held more talks this week to try to revive their nuclear deal, with some progress reported, I want to share my views on this subject: I supported the original deal negotiated by Barack Obama in 2015. I did not support Donald Trump’s tearing it up in 2018, but when he did I hoped that he’d leverage the economic pain he inflicted to persuade Iran to improve the deal. Trump failed at that, leaving Iran free to get closer than ever to a bomb. I support Joe Biden trying to revive the deal. And I support Israel’s covert efforts to sabotage Iran’s ability to ever build a nuclear weapon — no matter what the deal.

If that sounds contradictory, it’s because, well, it just sounds that way. There is a unifying thread running through it all: Dealing effectively with Iran’s Islamic regime — in a way that permanently eliminates its malign behavior — is impossible.

Iran is too big to invade; the regime is too ensconced to be toppled from the outside; its darkest impulses, to dominate its Sunni Arab neighbors and destroy the Jewish state, are too dangerous to ignore; and its people are too talented to be forever denied a nuclear capability.

So, when dealing with Iran, you do what you can, where you can, how you can, but with the understanding that (1) perfect is not on the menu and (2) Iran’s Islamic regime is not going to change.

It’s not “misunderstood.” After 42 years, some things are clear: Iran’s ruling clerics cultivate and celebrate conflict with America and Israel as an essential tool for locking themselves in power and for keeping their Revolutionary Guards richly funded and their people under their iron fist, deprived of a real voice in their future or the ability to realize their full potential.

The regime was quite happy to use resources it gained from America’s lifting of sanctions in the 2015 deal not just to build more roads and schools, but also to fund and arm pro-Iranian Arab Shiites so they could dominate Arab Sunnis in Iraq, Lebanon, Syria and Yemen. This ensured that all four remained weak or failed Arab states, unable to threaten Tehran or produce any true multisectarian democracy that would embarrass it.

On Friday Iran will hold a farce of a presidential election, with Iranians “free” to vote for any of the regime’s preapproved candidates. A record low turnout is predicted.

None of this will change as long as these ayatollahs are in power. And, if we are being honest, not only have they been consistent for 42 years, but so, too, have U.S. presidents and Israeli prime ministers. Their strategies can be summed up as this: Always try to get the best deal with Iran that money can buy.

Or, more specifically, always try to get the best deal that lifting or imposing sanctions or covert warfare can buy. But never opt for toppling the regime by force.

Alas, Iran’s ruling clerics are shrewd survivors. They can guess your might from 100 miles away. And when they concluded that no one would actually dare to try to topple them or destroy their nuclear facilities — no matter how often American or Israeli leaders said that “nothing is off the table” — these savvy and ruthless clerics found a way to never fully give up their nuclear capacity. The negotiations always came down to the same thing: trying to get the best from Iran that money or covert action could buy.

For all of Trump’s tough talk, and even with his assassination of Iran’s top underground warrior, Qassim Suleimani, “Trump had no diplomatic strategy to leverage his ‘maximum pressure’ campaign into attainable objectives that would improve the Iran nuclear deal or limit Iran’s regional activities,” said Robert Litwak, senior vice president of the Wilson Center and author of “Managing Nuclear Risks.” “He was not ready to use maximum force. So, the Iranians just waited him out.”

I’m glad for that. I do not support forcing regime change in Tehran from outside. That is a project only the Iranian people have the right and the power to do. That’s why I support all these different ways of getting the best deal money and covert action can buy — but I have no illusions that they will make Iran a good neighbor.

As the saying goes, “Problems have solutions, but dilemmas have horns.” And managing the struggle with this Iranian regime is to permanently shift back and forth on the horns of a dilemma.

This reality, though, is now causing a quiet but serious rift between the U.S. and Israel. And while the post-Bibi Netanyahu Israeli government will handle it more quietly, it already knows that Joe Biden is a different cat.

It’s not only that Biden won’t grant Israel’s new prime minister his every whim the way Trump did Bibi. It is that Biden is tightly focused on securing what he thinks is America’s primary strategic interest in the Middle East — preventing Iran from acquiring a nuclear weapon that would force Turkey and all the Arab states to get nukes, thereby blowing up the global nuclear nonproliferation order and making the region a giant threat to global stability.

The Biden team believes that Trump’s maximum-pressure campaign did not diminish Iran’s malign behavior in the region one iota (it will show you the data to prove it). So, Biden wants to at least lock up Iran’s nuclear program for a while and then try blunting its regional troublemaking in other ways. At the same time, Biden wants to put more focus on nation-building at home and on countering China.

The Israeli retort is that the U.S. will be paying Iran to mothball a nuclear weapon that it is unlikely to ever use or proliferate — while freeing it, and, in effect funding it, to deploy and proliferate the most sophisticated conventional weapons likely to be used: the precision-guided smart rockets Iran is shipping to its Hezbollah proxies in Lebanon and Syria aimed at Israel. Israel is unlikely to tolerate this loaded gun to its head while Iran’s clerics sit comfortably in Tehran.

In the 2006 war in Lebanon, Hezbollah had to fire some 20 dumb, unguided, surface-to-surface rockets of limited range to damage a single Israeli target. With longer-range GPS-guided missiles provided by Iran, Hezbollah may need to fire only one rocket each at 20 targets in Israel — its nuclear reactor, airport, ports, power plants, high-tech factories and military bases — with a high probability of damaging them all.

The Biden team says it is committed to curbing this threat through talks with Iran — after the nuclear deal is restored. To which the Israelis ask: Thanks, but what leverage will you have once you’ve lifted so many sanctions?

I have an idea: One way to defuse the tension between the U.S. and Israel would be for Biden to attempt a radical new diplomatic initiative — a leveraged buyout of the Iranian presence in Syria.

Syria today is effectively controlled in different sectors by three non-Arab powers — Russia, Turkey and Iran. Russia is not enamored with having Iranian forces in Syria alongside its own, but it needed them to help crush the democratic and Sunni Islamist enemies of its proxy, Syrian dictator Bashar al-Assad.

Biden and the gulf Arab states could go to the Russians and Assad with this offer: Kick out the Iranian forces from Syria and we will triple whatever financial aid Iran was giving Syria, and we’ll tacitly agree that Assad (though a war criminal) can stay in power for the near term.

Israel’s military would back this deal, because breaking the Syrian land bridge that Iran uses to keep Hezbollah supplied with rockets would be a game-changer.

Yes, it would be a cynical deal. To which I say: (1) It’s the Middle East, folks. And (2) Problems have solutions, but dilemmas have horns.