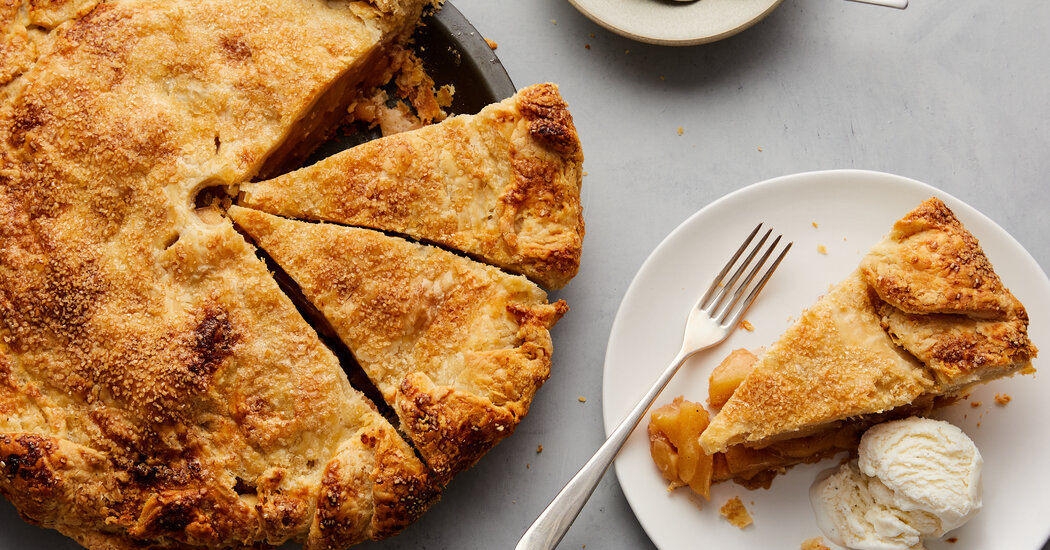 Melissa Clark has spent months perfecting techniques, so you don’t have to.

Here’s a truth about Thanksgiving: No matter how much gravy-bathed turkey, marshmallow-topped sweet potato casserole and mounds of stuffing one may devour, when dessert time rolls around, there’s always room for pie.

Pie had been a constant on Thanksgiving tables even before Abraham Lincoln proclaimed the day a national holiday in 1863. Pumpkin was the first variety to be associated with the feast, soon joined by other seasonal favorites like apple and pecan. The three work perfectly together — creamy, smooth pumpkin, juicy apple and crunchy, candylike pecan — each adding a distinct allure. In a perfect world, my Thanksgiving dessert plate would hold wedges of them all, topped with whipped cream and devoured in alternating bites until the last buttery flakes of crust were gone.

I’ve spent every Thanksgiving of my baking lifetime striving to perfect recipes for these three quintessential pies. But, over the past six months, I’ve been more methodical about it, building on earlier work and testing my way through different techniques so you don’t have to (sous-vide apple pie, not a keeper).

There were some tweaks that stuck, like precooking the Ginger Golds for my apple pie and substituting a mix of maple syrup and honey for the corn syrup in pecan pie. And though I’ve long been a fan of using butternut squash for my pumpkin pie, I improved the roasting method to get the most caramelization and deepest flavor.

Then there’s the crust. While I’m still devoted to all-butter dough, I no longer bother parbaking. I’ve learned that a metal pie pan placed on a hot sheet pan conducts the heat well enough to create a shatteringly crisp, golden-brown crust without having to break out the foil and dried beans. (This doesn’t work with glass or ceramic pie plates, which aren’t as good at conducting heat as metal.)

The results of all this testing are three brand-new but still perfectly classic Thanksgiving pie recipes that are the absolute best of their kind. At least until I start tweaking next year.

Have you ever gone to the trouble of slicing, seeding, peeling, cooking and puréeing the flesh of a big orange pumpkin to make a pie — only to conclude that, after all that work, it’s not as good as if you’d used the pulp from the can?

The reason is a dirty little secret in the canned goods aisle: The purée in Libby’s, one of the leading supermarket brands, isn’t made from big orange pumpkins; it’s made from a variety of squash called Dickinson. (You can watch them being harvested in this video.) Beige-skinned and oblong, they look more like bloated butternuts than anything you’d carve to make a jack-o’-lantern.

Though the designation may be misleading, it’s perfectly legal. According to the Food and Drug Administration, any canned purée “prepared from golden-fleshed, sweet squash or mixtures of such squash with field pumpkins” can be labeled pumpkin.

Meredith Tomason, a senior innovation chef at Nestlé (which owns Libby’s), said that the Dickinson variety tastes like a cross between a butternut squash and kabocha.

“Butternut squash is a safe bet if you’re trying to get a similar flavor to Libby’s at home,” she said.

But homemade puréed winter squash is delicious, and a whole lot better than anything in a can — sweeter, brighter and fresher. It’s also a snap to make, especially if you buy a container of peeled, cubed butternut squash.

To get the most flavor, I roast my squash cubes rather than steam or boil them. In the oven’s high heat, the cubes condense and turn golden, and caramelize at their edges. A sprinkling of sugar and a drizzle of heavy cream aids the cause.

Puréed with more heavy cream, eggs and spices, roasted butternut squash makes for the best pumpkin pie you’ve ever had, no pumpkins required.

Although it’s doubtful that apple pie was served at the first Thanksgiving feast, the tradition of apple pie baking was brought to America with the colonists, who planted apple trees when they arrived.

The earliest apple pie recipes were similar to what we still make today — sugared, seasoned apples baked in a crust. In what’s thought to be the first cookbook published in the United States, “American Cookery” by Amelia Simmons (1796), there are two versions of the dessert, one with cooked apples and one with sliced raw apples.

This divide, between cooking the apples before baking and piling raw slices into a crust, was what I focused on when creating my best apple pie recipe.

Most apple pie recipes in the United States today call for raw sliced apples. But once I started precooking, I became a convert, for two reasons.

Raw apples release their liquid into the pie crust as they bake, which steams and pools, making it harder to get a crisp crust, no matter how many vents you cut into the top or how much thickener you add. Raw apple slices also collapse as they bake, creating a gap between the sunken filling and the mounded top of the crust.

Precooking the apple slices helps stabilize them, so they don’t dissolve into a saucy heap. You end up with glossy, perfectly cooked apples sandwiched in a crunchy, buttery crust.

To get a supple and consistent texture in the filling, use only one kind of apple. You may lose some nuance in flavor, but you gain big in mouthfeel. And if you’re adding the likes of cinnamon and other spices, you probably won’t notice the difference between using one kind of apple and several.

I tested pies using Granny Smiths, Ginger Golds (a tangy Golden Delicious hybrid), Honeycrisps and Gala, and all were excellent in their own way. The Granny Smiths were the tartest, but also the softest and most liable to break down. The Honeycrisps and Galas had excellent texture — tender but not mushy — but were on the sweeter side. And the Ginger Golds split the difference: a little tart, with slices that kept their shape.

You can use any of those apple varieties here, and just balance out the sweeter ones by adding an extra squirt of lemon juice.

Precooking the apples may add a step, but you can do it a few days before baking. This gives you much needed flexibility leading up to Thanksgiving, something every pie-loving cook can appreciate.

Indigenous to North America, pecans had been a staple of Native American cooking for millenniums before European settlers arrived. The nuts made their way into American pies in the 19th century, but it wasn’t until the 1920s that the pecan pie recipe we know today was popularized — by being printed on the back of a can of corn syrup.

Based on a sugar pie, the combination of sugar, eggs and syrup yields a jellylike filling (affectionately called “the goo”) that can be flavored in myriad ways. Whole or chopped pecans, which practically candy in the syrupy mix while baking, add substance and crunch.

The problem with most pecan pie recipes is their toothache-inducing level of sweetness.

This recipe is different. Instead of corn syrup, I use a combination of maple syrup and honey, which makes the mixture less cloying while adding complex earthy and floral notes. Simmering the maple syrup for a few minutes helps concentrate its flavor, making the pie even more intensely maple flavored.

I made another tweak, too. Most pecan pie recipes contain melted butter, but, in my mind, in every pot of melted butter, there’s brown butter waiting to happen. To make it, just continue to heat the melted butter for a few extra minutes until the milk solids fall to the bottom of the pan and caramelize, turning golden brown. This adds a layer of heady flavor to all sorts of baked goods, pecan pie included.

And finally, there’s the nut-to-goo ratio. The more nuts you can fit into your pie pan, covered with the least amount of goo to hold them in place, the better the final pie. I don’t bother toasting the pecans first: They’ll get somewhat toasty while baking in the pie. But if you love the flavor of deep browned, roasted nuts, consider toasting them for five to 10 minutes at 325 degrees before adding them to the syrup mix.

Of all the Thanksgiving pies I tested, pecan pie holds up the best and is practically as good served the day after baking as it is baked the same day. It also freezes reasonably well. Pop the well-wrapped pie in the freezer for up to a month, then let it thaw at room temperature overnight. The crust won’t be quite as crisp, but the crunch of all those pecans will more than make up for the lack.