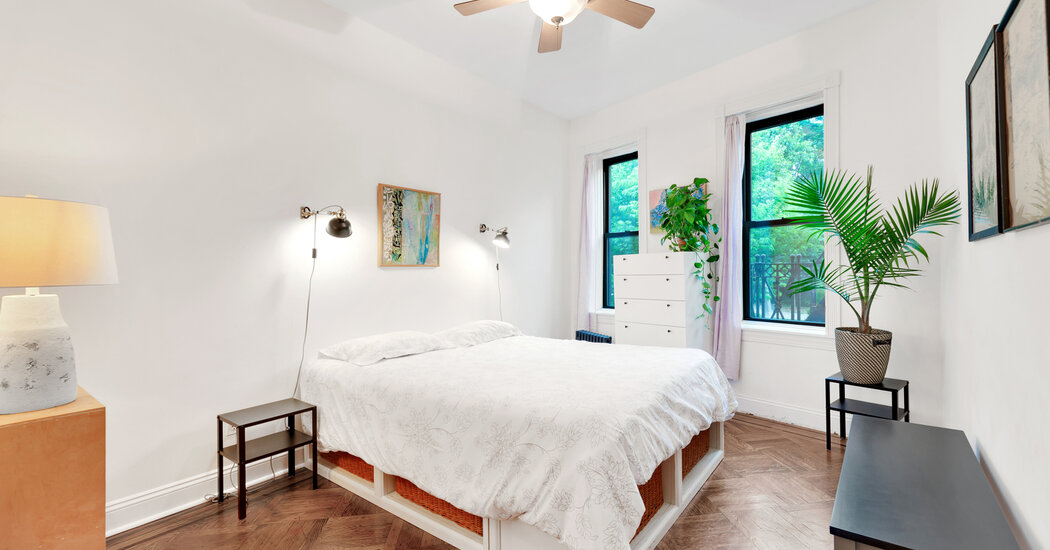 Following the lead of other real estate brokerage communities around the country, several industry groups in New York are planning to eliminate the term “master bedroom” from floor plan descriptions and conversations between real estate agents and clients.

The Real Estate Board of New York plans to vote soon on removing the phrase from its residential listings service, the online platform that organizes listings data from brokerages around the city. While most people searching for a new place to live don’t use the site directly, the update is influential since brokerages rely on the service.

Sandhya Espitia, chief operating officer of the real estate board, said its residential board of directors, which would make the decision, has been engaged in “deep conversation” over the last month while also researching similar changes in listing services around the country. They are “assessing what meaningful steps should be put in place to bring greater diversity and inclusion to the industry,” Ms. Espitia said.

The push to stop using the term “master bedroom” comes in the wake of George Floyd’s death and the resulting Black Lives Matter protests, and as the industry grapples with issues of housing discrimination and diversity within its ranks. The origins of the term are unclear, but some brokers nonetheless find it offensive and inappropriate.

The Houston Association of Realtors was the first industry group to decide to stop using “master bedroom” in late June, after some members expressed concerns that it could be perceived as racist or sexist. Instead, Houston’s multiple listing service now uses “primary” to describe the largest bedroom and bathroom in a listing. Unlike New York, where renters and buyers tend to use brokerage websites and Streeteasy.com to search for homes, the Houston group’s website is the main place where renters and home buyers go to view new listings.

While some Houston agents praised the change, some critics thought the move was shortsighted. Even the singer John Legend chimed in, arguing in a tweet that the “real problem” with real estate has nothing to do with semantics. Instead, he said brokers should work to end housing discrimination in the United States by showing all Black people fair and equal treatment throughout the buying and selling process.

Tanna Young, a real estate agent with Southern Star Realty in Houston, said she believed that the word “master” evoked images of pre-Civil War plantation life. “Especially as an African American realtor, it always sits in the back of my mind,” she said. “More work needs to be done, we understand that, but I’m happy that steps are being taken in that direction for change to begin. Baby steps can lead to bigger steps.”

The U.S. Department of Housing and Urban Development determined in 1995 that “master bedroom” was not discriminatory and that it did not violate fair housing laws, which is largely why the National Association of Realtors hasn’t created a policy regarding its usage. The national organization’s president, Vince Malta, said in a statement in June that there was no reason that real estate professionals could not use the term since there was no evidence of its historical connection to slavery.

But other industry groups and brokerages across the country have followed the Houston association’s lead. The Real Estate Standards Organization recently decided to replace “master” with “primary” in its Data Dictionary, a universal language system that keeps the industry consistent across digital platforms. The institution recommended that its members — a group of real estate associations, tech-based companies like Zillow and brokerages like Douglas Elliman and Compass — update their websites as well.

The New York Residential Agent Continuum also recommended that its members rethink the phrase, along with replacing other terms like “shared” for “His and Hers” bathrooms and “non-elevator” for “walk-up” building. Heather McDonough Domi, a broker with Compass and a co-founder of the group, said they are also pushing to address these issues in continuing education courses for brokers.

“The first thing we did was Google the phrase and expect to find some dark history of why it was called ‘master bedroom,’” said Mr. Conlon. “But no, it’s a marketing term.”

The first recorded usage of “master bedroom” seems to have been in a 1926 Modern Homes catalog by Sears, Roebuck and Co. The pamphlet offered potential buyers a kit they could use to build their own homes. A “master’s bedroom” was referenced in the second-floor description of the most expensive home in the catalog, but not in the floor plan itself. Before this reference, most floor plans used the word “chamber” when referring to bedrooms.

“It seems to me the term is coming more out of a commercial orientation than a professional one,” said Thomas Mellins, an architectural historian. Mr. Mellins guessed that Sears might have introduced it as a way to attract aspirational suburban home buyers who aimed to be viewed as part of the expanding middle class after World War I.

“Words matter,” Mr. Postilio said, “and this is a small change we can effect immediately in the work that we do every day. It’s a socially conscious choice we’re making.”