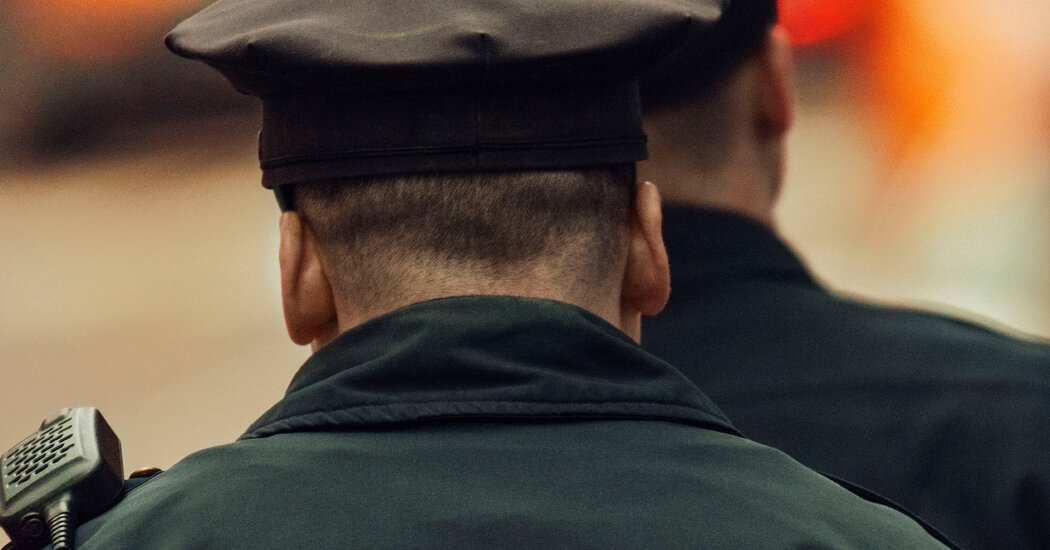 I was driving around the other day when I realized that the license tabs on my car had expired. I didn’t panic, because I didn’t have to. If the cops pulled me over, I could feel assured as a white male: My life would not be in danger.

It was expired registration tags that led the police to pull over Daunte Wright, the young Black man killed by Officer Kim Potter in suburban Minneapolis this month. (It has been described by local authorities as a deadly accident, although his family finds that implausible.) And it was temporary license plates that prompted a chain of events that ended with police in rural Virginia pepper-spraying Caron Nazario, a second lieutenant in the U.S. Army Medical Corps, who is Black and Latino.

“I’m actively serving this country, and this is how you’re going to treat me?” Lieutenant Nazario told the officers. Race is the only explanation for this loathsome assault. The blue wall of silence, the code that calls on cops to protect one another against charges of brutality and criminality, compounded the attack: The two officers filed “near identical” misstatements about what happened, according to a lawsuit filed by Lieutenant Nazario.

Cops protect the state. They also are the state. We revere them for the first part. We fear them for the second. But even as we condemn another round of horrific and excessive state violence directed at Black Americans, there’s actually a ray of hope on the police reform blotter.

The blue wall may be starting to crack. It was broken in the Derek Chauvin trial.

It’s no small thing that several Minneapolis police officers, including Chief Medaria Arradondo, took the stand against Mr. Chauvin in his trial over the death of George Floyd. Fourteen officers in the same department signed an open letter last year saying Mr. Chauvin “failed as a human and stripped George Floyd of his dignity and life.”

Maybe these acts of courage are isolated — mere dents in a wall that is institutional and pervasive. It will take far more than a few cops in a nation-shattering case of racist murder-by-authority to do structural damage to that edifice.

Cops protecting bad cops is ingrained in the system. Many officers feel that only a brother or sister in blue knows the peril they face — and has their backs. That’s true to an extent. But people in far more dangerous lines of work certainly don’t share this attitude. Too many police officers act as if being the face of the law makes them above the law.

Some years ago, I wrote a book called “Breaking Blue,” about what had been called the oldest actively investigated homicide case in the United States. It involved a killing in 1935, and a powerful cop running a fencing scheme was suspected of the crime. Three generations of police officers protected the accused in uniform. When Anthony Bamonte, a sheriff in eastern Washington State, finally appeared to solve the crime in 1989, he ran into fresh resistance from the inside.

“You never bad-mouth a brother,” a former police officer wrote him in a threatening letter. Even in a half-century-old murder case, the blue bond was stronger than the law.

Smashing the blue wall is one thing that has to happen to fix the lethal flaws in modern law enforcement. Another will be just as hard, if not more so: acknowledging that racism, like the code of silence, runs deep in police ranks.

Defunding the police is not the answer. It’s an absurd idea. A wave of violence and chaos quickly overwhelmed an area declared police-free in Seattle, where I live, last summer. Among the victims were several people of color. “Two African-American men are dead,” said the city’s police chief at the time, Carmen Best, “at a place where they claim to be working for Black Lives Matter.”

“Defund the police” is even worse as a political slogan; the idea is supported by only 18 percent of Americans, according to one poll from last month. Politically, all the slogan will do is hurt the cause of reform, as it appeared to drag down Democrats in last year’s congressional elections.

Reinventing the police, a far better idea, got a start in New Orleans in 2016, with a program that teaches officers to intervene when they see fellow officers doing something bad. It’s about to get another go in Maryland, now that lawmakers just overrode a veto and passed sweeping police reform legislation.

We need every cop to wear a body camera. We need to curb the power of police unions, the biggest protectors of the blue wall. And we need officers of all stripes to back the words of those 14 in Minneapolis. They said, “This is not who we are.” Now prove it.

Timothy Egan (@nytegan) is a contributing opinion writer who covers the environment, the American West and politics. He is a winner of the National Book Award and the author, most recently, of “A Pilgrimage to Eternity.”