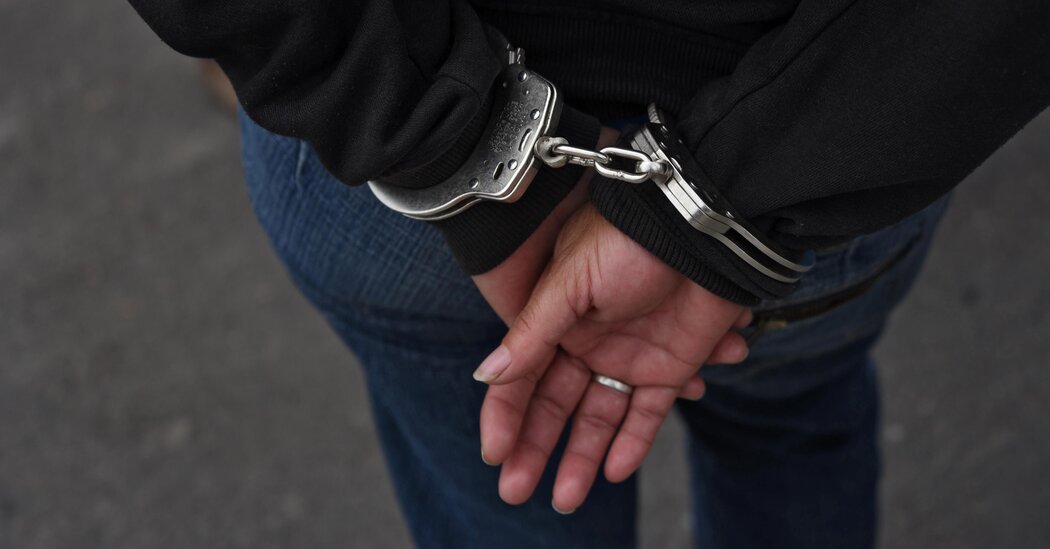 Brittney Poolaw, then 19 years old, showed up at the Comanche County Memorial Hospital in Oklahoma last year after suffering a miscarriage at home. She had been about 17 weeks pregnant. According to an affidavit from a police detective who interviewed her, she admitted to hospital staff that she had recently used both methamphetamine and marijuana.

A medical examiner cited her drug use as one of several “conditions contributing” to the miscarriage, a list which also included congenital abnormality and placental abruption. Poolaw was arrested on a charge of manslaughter in the first degree, and because she couldn’t afford a $20,000 bond, jailed for a year and a half awaiting trial.

The trial finally took place this month and lasted one day. According to a local television station, an expert witness for the prosecution testified that methamphetamine use may not have been directly responsible for the death of Poolaw’s fetus. Nevertheless, after deliberating for less than three hours, a jury found her guilty, and she was sentenced to four years in prison.

From the detective’s affidavit, it seems possible Poolaw’s entire ordeal might have been avoided had she had access to decent reproductive health care. Poolaw, the detective wrote, “stated when she found out she was pregnant she didn’t know if she wanted the baby or not. She said she wasn’t familiar with how or where to get an abortion.”

Poolaw’s case is an injustice, but it is also a warning. This is what happens when the law treats embryos and fetuses as people with rights that supersede the rights of those who carry them. And it offers a glimpse of the sort of prosecutions that could become common in a world in which Roe v. Wade is overturned, one we could be living in as soon as next year.

Abortion opponents often insist they have no intention of imprisoning women who end their pregnancies. When, as a presidential candidate, Donald Trump said that there should be “some form of punishment” for women who have abortions, he was widely denounced by mainstream anti-abortion activists: Peggy Nance, head of Concerned Women for America, called him “the caricature that the left tries to paint us to be.”

But for years now, the anti-abortion movement has been working to change state laws to define embryos and fetuses as “people” or “children.” This has resulted in women being punished for things they do, or don’t do, while pregnant. Often, these prosecutions target women who take drugs; ProPublica reported on a case in Alabama in which a woman was charged with “chemical endangerment of a child” because she twice took half a Valium when she was pregnant.

In 2013, a peer-reviewed study by National Advocates for Pregnant Women, a reproductive justice organization, found 413 cases from 1973 to 2005 of women arrested or otherwise deprived of liberty because they were accused of endangering or harming their fetuses. Since then, the pace of prosecutions has escalated; between 2006 and 2020, National Advocates for Pregnant Women identified 1,254 such cases.

“The effort to add fetuses to the Constitution is increasingly an idea picked up by prosecutors to justify essentially removing the constitutional rights of pregnant people,” said Lynn Paltrow, executive director of National Advocates for Pregnant Women, which has reached out to Poolaw and could represent her on appeal. What we’re seeing as Roe becomes more vulnerable, and claims of fetal rights increase, she added, is that “prosecutors feel liberated to use a variety of criminal laws to arrest women in relation to their pregnancies and pregnancy outcomes.”

An Alabama Supreme Court judge made the anti-abortion ideology underlying these prosecutions clear in a 2014 opinion. Voting to uphold the conviction of a woman who used cocaine while pregnant — before giving birth to a healthy baby — he wrote, “This case presents an opportunity for this court to continue a line of decisions affirming Alabama’s recognition of the sanctity of life from the earliest stages of development.”

Because of Roe v. Wade and the 1992 decision that upheld it, Planned Parenthood v. Casey, only a small handful of cases of women prosecuted for pregnancy loss involve those who intended to abort. “For now, as long as Roe and Casey remain on the books, women who have abortions have some protection from prosecution,” said Paltrow. “The women who are not intending to end their pregnancies do not have that protection.”

But if and when Roe falls, prosecutors will have free rein to go after women who decide to terminate their pregnancies. Paltrow’s organization worked with the National Association of Criminal Defense Lawyers on a recent report about what a post-Roe legal landscape could look like. It found “more than 4,450 crimes in the federal criminal code, tens of thousands of state criminal provisions — including criminal abortion laws — still on the books, as well as state conspiracy, attempt, and accomplice statutes that could subject a wide range of individuals to criminal penalties if Roe is overturned.”

The end of Roe, said Paltrow, “will unleash vigilante prosecutors to apply the criminal law to people who seek to end their pregnancies, and we know that because we’ve already seen it for all the other cases National Advocates for Pregnant Women does.” According to the detective’s affidavit in Poolaw’s case, she was surprised to find herself under investigation. Apparently, she didn’t realize that Oklahoma would consider her catastrophe a crime. How could she have? What happened to her still isn’t normal. It could soon become so.