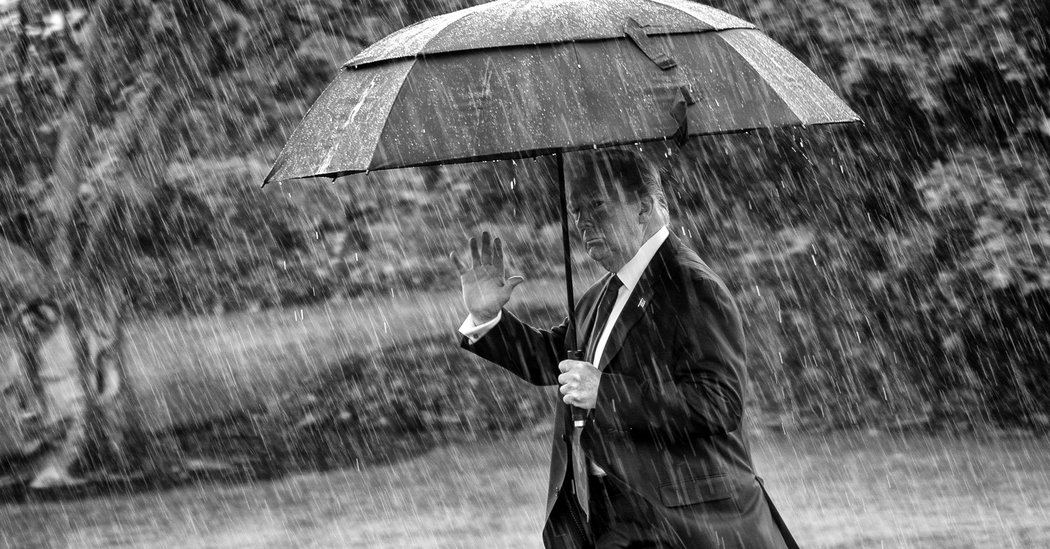 News Update: On Tuesday, the United States recorded the highest single-day total of new coronavirus cases since April, according to a New York Times database.

More than 100 days into the coronavirus pandemic, here’s where things stand in the United States: 2.3 million people have been infected, and some 120,000 people — more than in any other country — have died. Early epicenters like New York and New Jersey appear to have gotten their outbreaks under control, but several new hot spots have emerged, including in Florida, Texas and Arizona, where daily case counts are higher than ever. Over all, the number of new cases a day is rising, and the rest of the world is taking note: The European Union is mulling travel restrictions that would prohibit Americans from entering any nation in the bloc because the United States has failed to contain the pandemic.

None of these developments have put an end to the denialism that has prevailed at the White House from the start. In an op-ed for The Wall Street Journal last week, Vice President Mike Pence argued that reports of a coming second wave of infections were exaggerated. That argument was seconded by Larry Kudlow, the administration’s top economic adviser. Scientists do not agree: On Tuesday Dr. Anthony Fauci, the nation’s leading infectious disease expert, told a House panel that the country has yet to clear the first wave of the pandemic and that a second wave of outbreaks is possible. “We’re still in the middle of a serious outbreak,” he said. “There is no doubt about that.”

A few days after the publication of Mr. Pence’s op-ed, President Trump noted at a rally in Tulsa, Okla., that the nation’s case counts would not rise quite so egregiously if the U.S. stopped testing so many people for the virus. “When you do testing to that extent, you’re gonna find more people, you’re gonna find more cases,” he told the crowd. “So I said to my people, ‘Slow the testing down, please.’” Administration officials later insisted that the president was joking about requesting a testing slowdown, but it’s difficult to see the humor in that punchline: If the U.S. reduces testing, case counts will decrease, but death counts will undoubtedly increase.

The president’s remarks were hardly surprising. They harken back to the earlier days of the outbreak, when Mr. Trump suggested that coronavirus-exposed passengers be kept onboard the Grand Princess cruise ship so they would not contribute to the case count on American soil. At that point, he’d already spent weeks downplaying the risks of the virus, saying, among other things, that it would disappear like a “miracle” come spring.

It’s hard to see the benefit of such magical thinking, especially now, when the truth is so plain that even some of Mr. Trump’s reluctant fellow Republicans are starting to acknowledge reality. In recent days, Gov. Greg Abbott of Texas has finally allowed individual cities and counties to mandate wearing masks, after initially overruling such orders. (The reversal came after several local Republican leaders joined their Democratic colleagues to request more autonomy in responding to the crisis.) But the pattern is clear: The president and his most loyal supporters keep acting as though if they ignore the seriousness of the coronavirus, it will cease to exist. This game of make-believe is made easier for them by the fact that the pandemic is doing the worst damage behind the walls of prisons, nursing homes and meatpacking plants.

There is still hope to be found in this morass. For all the denialism and politicking, scientists have managed to learn quite a bit in recent months about this coronavirus: They’re fairly certain now that it can spread from normal breathing (as opposed to just coughing), that an infected person who isn’t showing any symptoms can pass the virus to others and that even simple cloth masks can prevent such transmissions.

Doctors also say that at least two medications have been shown to help treat Covid-19 and that refined treatment protocols — including for when and how to use ventilators — are helping to improve patient outcomes.

But it would still be better if the nation’s leaders worked to prevent as many people as possible from contracting the virus in the first place — and to do that, they’ll have to start by acknowledging that the threat is real. On Tuesday, Dr. Robert Redfield, the director of the Centers for Disease Control and Prevention, called the pandemic “the greatest public health crisis our nation and world have confronted in a century.” It’s past time for the rest of the administration to start taking it that seriously.