Markets crashed, unemployment soared,
and America remembered that the economy
serves society, not the other way around.


Markets crashed,
unemployment soared,
and America rem-
embered that the economy
serves society, not
the other way around. 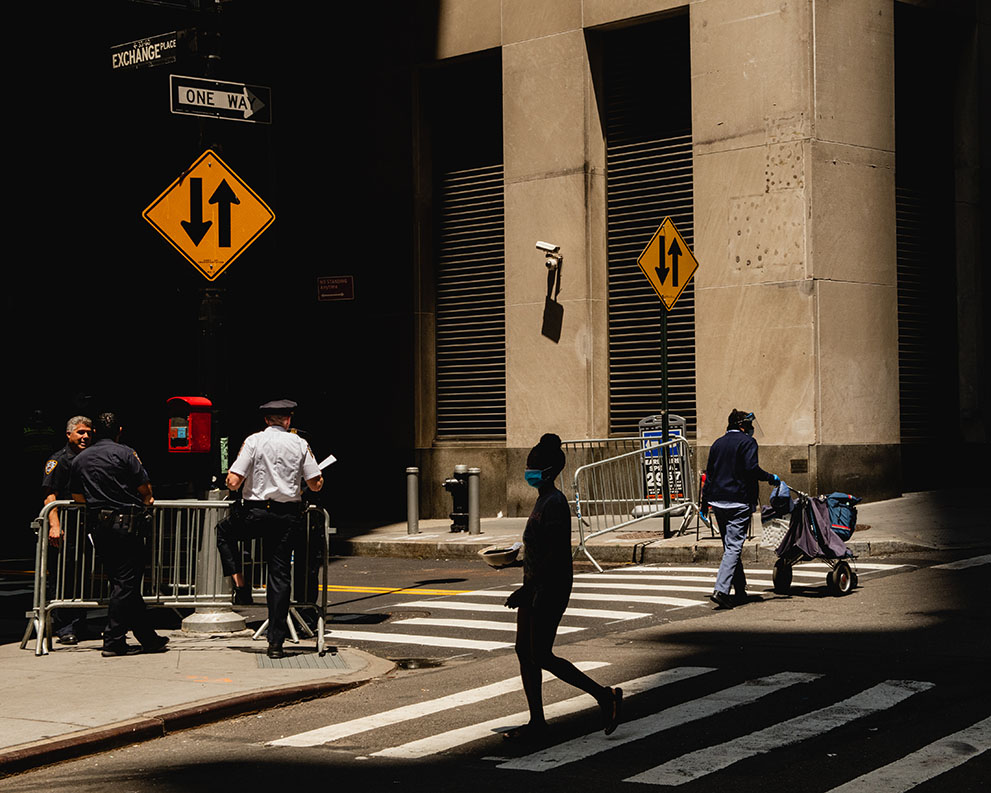 
The
Coronavirus
Killed
the Gospel of
Small
Government

This article is part of The Week Our Reality Broke, a series reflecting on a year of living with the coronavirus pandemic and how it has affected American society.

Suddenly, it was everywhere.

On March 1, 2020, Gov. Andrew Cuomo of New York announced the first confirmed case of Covid-19 in his state, after reports of local outbreaks up and down the West Coast in February. The avalanche began, with states across the country shutting down and caseloads surging into the thousands. American life had been upended.

While the stock market is rarely a reliable guide to human affairs, in this case, investors proved prescient. On Feb. 10, they had started dumping shares of just about everything at some price, any price. By the end of March, the Dow Jones industrial average had lost a third of its value — enough to erase all of the gains accrued through three years of tax cuts and stock buybacks under President Donald Trump.

But it wasn’t just the stock market: On March 9, fearing a wave of corporate losses and bankruptcies, investors piled into government-backed paper, driving down the yield on 10-year Treasury bonds to just 0.54 percent. On March 15, the Federal Reserve announced that it would begin offering ultracheap emergency loans to banks, reviving the rescue mind-set during the 2008 financial crisis. The same day, it cut a key interest rate to near zero, reducing financing costs for businesses and consumers. Two days later, it resurrected another 2008-era program to provide cheap longer-term loans to big banks and securities dealers.

The speed and scale of the economy’s collapse were staggering: In March, nearly 10 million people were out of work, with 6.6 million applying for unemployment benefits in the month’s final week alone. By the end of April, 30 million Americans would be jobless.

There has been no other economic disaster like the coronavirus crash in American history. By the metrics that matter most, the U.S. government’s response to the crisis has been catastrophic: The number of lives lost to the virus in this country — more than 500,000 — far surpasses the number of U.S. troops killed in World War II and may yet eclipse the number killed in the Civil War.

But by many other measures of social well-being, we have fared surprisingly well. Americans’ cumulative after-tax personal income was actually higher by November 2020 than it was before the pandemic. Total economic output, measured in real G.D.P., fell last year, but by only 3.5 percent — a bad year over all, but nowhere near the depths of the Great Depression. There has been no cascade of bank failures, no run on the dollar. By the end of the year, the stock market had even recouped its losses from last spring.

How did so much go so wrong and yet so right?

Over the past year, we have been relearning the lessons of the British economist John Maynard Keynes. In 1937, Keynes wrote that serious economics was not a realm for “pretty, polite techniques, made for a well-paneled board room and a nicely regulated market.” The real world is messy, the future uncertain. And the genius of profit-maximizing entrepreneurs does not automatically arise to provide solutions when calamity strikes. For Keynes, the economy was not a self-sustaining engine of prosperity; it was something that societies created to meet social needs and that had to be actively managed to function properly.

This is the story of so much of what went wrong last year. Doctors and nurses were left without basic protective equipment because the United States lacked the manufacturing capacity to produce it. Efforts to track and contain the virus were delayed by bottlenecks in test production and shortages of supplementary equipment like swabs. Once tests could be administered, a nationwide scarcity of test-processing equipment prolonged the delivery of test results.

The reason: More than a decade into a hospital-closure crisis, the United States faced a shortage of beds and medical facilities necessary to manage an emergency. Hospitals overrun with Covid-19 patients turned away ambulances. Vaccine distribution, while steadily improving, has been hampered by shortages of both staffing and supplies. The poverty of local government infrastructure has disgraced the rollout further. Websites crash, phone lines are busy, parking lots are full.

These are not only public health failures but also economic failures — an inability to marshal resources to solve a problem. And the often-toxic incompetence of American political leadership has obscured the structural causes of this failure.

The United States once maintained a robust commitment to public investment in things like spaceflight, medical research, the interstate highway system and the development of the internet, backed by Republican and Democratic administrations alike. Staying at the cutting edge is expensive: Between 1965 and 1980, federal expenditures on scientific research, physical capital and education regularly amounted to about 2.5 percent of G.D.P., more than $500 billion today.

But that number plummeted in the 1980s. By Mr. Trump’s first year in office, Washington was spending less than 1.5 percent of G.D.P. on public investment, according to an analysis of Office of Management and Budget data from the Progressive Policy Institute, a center-left think tank. Before the pandemic, this plunge meant bridge collapses, Amtrak derailments and other disasters that Americans had come to see as inevitabilities. During the pandemic, that same chronic underinvestment invited mass death. Even the typically conservative U.S. Chamber of Commerce has spent years lobbying unsuccessfully for major increases in federal infrastructure spending.

Yet despite this persistent inability to mobilize resources, the U.S. government proved reasonably adept at summoning and allocating money. The Federal Reserve sustained the financial system and big business. Congress salvaged thousands of small businesses with its $660 billion Paycheck Protection Program, while preserving the finances of millions of Americans by boosting unemployment benefits and writing checks to households.

Of course, expanded unemployment aid should have kept flowing through the final five months of last year. And aid to state and local governments to fight the pandemic was insufficient. But where the problem was a shortage of money, the government delivered. Cash constraints have not hindered its rescue efforts, at $5 trillion and counting. Even the loudest moderates of Joe Biden’s Democratic Party did not balk at the $1.9 trillion cost of the Covid-19 relief bill he signed into law Wednesday night.

Before the crisis, leading economists and think tank experts predicted the opposite. For decades, many repeatedly warned that the federal government’s ragged finances would undermine its response to unexpected disaster. This theme animated a December 2010 report issued by a bipartisan presidential commission on deficit reduction: Rising national debt could invite a 2008-style meltdown and would starve the government “of the resources needed to respond to future crises.”

Congress never did take the commission up on its plan. And the past year has exposed its impoverished thinking: The trouble was not spending too much ahead of the crisis, but spending too little — on research, infrastructure and manufacturing capacity.

As a result of these developments, the economics profession is today experiencing a sea change in attitudes about the relative merits and dangers of deficits. This is rightly understood as a Keynesian shift — but there is more to Keynes than deficits: He was, above all, a thinker for an age of crisis. No one could predict the future, but maintaining state-of-the-art information, transportation and medical infrastructure through sustained public investment could prevent a problem from becoming a calamity. So, too, is understanding that the economy is something that serves society rather than the other way around.

Over the past year, the American government spent big to stave off immediate economic ruin. This year, it must show the same financial commitment to the future.

Zachary D. Carter (@zachdcarter) is the author of “The Price of Peace: Money, Democracy, and the Life of John Maynard Keynes.”