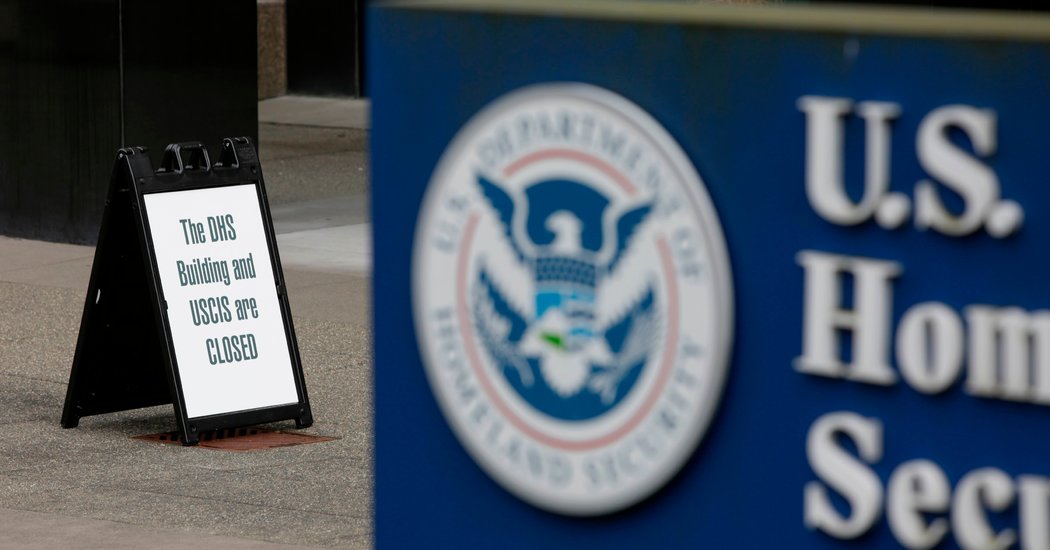 This we already know: The president has contempt for expertise. During a national emergency, President Trump’s top economic adviser is a former television host; his supply-chain coordinator is his son-in-law, who majored in nepotism and prioritizes the leads and needs of cronies; the chief of staff at his Department of Health and Human Services is a former breeder of Australian labradoodles, an insolently unqualified choice if there ever was one, though at least the man is well versed in the behaviors of lapdogs.

But here we must pause for a moment to consider why the president has assembled this gallery of boobs. Much of the answer comes down to this: Trump never took staffing the federal workforce seriously. The executive branch is riddled with vacancies, especially at the top. Vice President Mike Pence may speak about a “whole-of-government approach” to the pandemic, but what we truly have is a government of holes.

“Acting officials are like substitute teachers, basically,” Max Stier, the founding C.E.O. of the nonpartisan Partnership for Public Service, told me on Friday. “They can be amazing educators, but they’re substantially hampered because they don’t see themselves as the real authority, nor are they perceived as the real authority.”

Since December 2016, Stier’s group has been monitoring key staff positions in the executive branch, which in the Trump era really means key vacancies. You can eyeball the list yourself — it’s all online, and it’s all pretty distressing — but one corner of the cabinet looks especially bare: the Department of Homeland Security. Only 35 percent of its top spots have confirmed leaders. It has no nominee for deputy secretary to help out its acting secretary, and it has no nominee for its No. 3 spot, either.

If you don’t think that the Department of Homeland Security has much to do with managing this pandemic, think again. Pandemics render nations unstable. Now is the perfect moment for a rogue power to make mischief. Also? FEMA falls under its purview. FEMA’s head, Peter Gaynor, is supposed to have two deputies. He only has one, in an acting role. The other slot is empty.

“To some extent, the current crisis would overwhelm and baffle even a competent administration,” Robert Reich, the labor secretary in the Clinton administration, told me. “But at the very least, you need people who know what they’re doing.”

I told Reich that his old department currently has no assistant secretary for policy. “That person should be a major player at the White House right now,” he replied, sounding a little stunned. “Our unemployment insurance system was designed in 1938. Someone needs to figure out how to adapt it.”

At a time when meatpacking factories and warehouses have become saunas of coronavirus, his old department also lacks an assistant secretary for occupational safety and health. “Someone should be focusing on that like a laser beam,” he said. “They need masks, they need gear, their workers need to be far enough apart.”

You can perform this depressing exercise across the entire federal government. (What perhaps galled me the most: The Department of the Treasury is missing the under secretary for domestic finance — who, theoretically, should be most responsible for managing the current economic crisis.)

The author Michael Lewis anticipated this sort of disaster in “The Fifth Risk,” his paean to the federal workforce published in 2018. It’s so prescient it’s goosepimpling.

From the very beginning, Trump was incapable of grasping the value of civil servants. In the summer of 2016, he threw a fit when he discovered that Chris Christie, the former governor of New Jersey, was fund-raising millions to prepare Trump for a potential transition. (“You’re stealing my money!” he screamed.) When Trump later calmed down, he still didn’t see the point, telling Christie, “Chris, you and I are so smart that we can leave the victory party two hours early and do the transition ourselves.”

And that’s practically what happened, minus Christie. (He got the boot from Jared Kushner shortly after the election.) Senior officials across the executive branch waited days, then weeks to brief their successors. At the Department of Agriculture, new employees included a former country-club cabana attendant and the owner of a scented-candle company.

“If you want to preserve your personal immunity to the hard problems,” Lewis wrote, “it’s better to really never understand those problems. There is an upside to ignorance, and a downside to knowledge. Knowledge makes life messier.”

Especially at this moment, and especially for a man like Trump, whose pathologies only permit an infantile vision of the world he longs for, not the world as it truly is. The pandemic has left him shaken, not stirred.

In an alternate universe, the president’s cabinet would deem him unstable, invoke the 25th Amendment, and give us an acting president. We’d still have Pence, it’s true. But for once — for blessed once — an acting official would signal a modicum of stability.