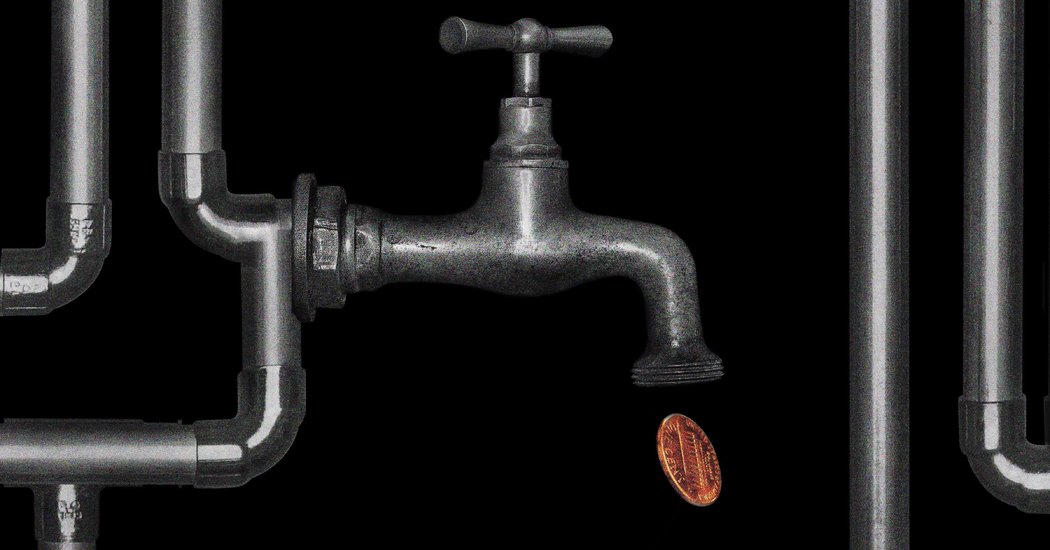 The economic shutdown caused by the coronavirus has left a growing number of American families desperately short of money. Images of hundreds of cars waiting in long lines at food banks across the country have become a symbol of the crisis, a contemporary equivalent of the old black-and-white images of Americans standing in bread lines during the Great Depression.

To ease the pain, at least a little, Congress voted in late March to send $1,200 each to most American adults. In this era of high-speed trading, digital wallets and instant payments, one might have imagined that the federal stimulus payments would be distributed quickly, too.

Instead, the first large wave of payments is only landing in bank accounts on Wednesday.

And tens of millions of Americans won’t get their stimulus payments until May — or later.

The slow pace is the result of a combination of outdated financial infrastructure and a remarkable lack of urgency. The mass distribution of stimulus payments has become a standard feature of the government’s response to economic downturns. Payments went out in 2001, and again in 2008, and now for the third time this century. Yet the government has not constructed a system to ensure that everyone gets money quickly.

That’s a particularly consequential failure in this downturn, because of the rapidity of the collapse. Job losses in the last month are likely to exceed job gains over the last decade.

The government has made matters worse by dawdling. Thanks to outdated Federal Reserve regulations that let banks delay deposits, the money that reached Americans on Wednesday was dispatched from Washington on Friday. That’s barely faster than the Pony Express.

President Trump, meanwhile, has insisted on putting his name on each of the tens of millions of checks that will be mailed to households that don’t get direct deposits — a self-indulgence no previous president ever demanded. The Washington Post reported Tuesday that the decision could delay mailings by a few days. The administration denies it, but redesigning the checks is certainly not helping to expedite payments.

The problems begin with the basic challenge of reaching every eligible household. The first round of payments is being deposited directly into the bank accounts of the roughly 80 million American families who provided account information to the Internal Revenue Service on their tax returns for 2018 or 2019. A second round of payments, this time paper checks, will be mailed over the next few months to the roughly 70 million American families that filed tax returns without account information. A final group of several million low-income families that did not file tax returns are also eligible, but they need to apply to get the money.

As a general rule, the process is likely to deliver aid first to those who need it least — and many of those with the greatest need may never see a dime.

The government could improve this process significantly by establishing a bank account for every American at the Federal Reserve. House Democrats floated the idea in their version of the legislation authorizing the stimulus payments, but it didn’t make the final draft. Sweden actually launched its own version in February. The premise is simple: If everyone has a Fed account, with none of the fees or minimum balance restrictions that discourage millions of Americans from opening accounts at commercial banks, then it would be easier to distribute stimulus payments — particularly to those who are both most in need and hardest to reach. The government could deposit funds directly; people could withdraw the money at ATMs, make payments with debit cards or move the money to a bank.

Under the current system, even the fastest payments — direct deposits — move much more slowly in the United States than in many other developed nations.

The Treasury initiated the payments on Friday afternoon by instructing the Fed to remove money from the government’s account and transfer it to individual accounts at banks across the country. The Fed, however, doesn’t work on weekends, so banks were not notified of the deposits until Monday. Furthermore, the Fed allows banks to wait at least one business day before making the full amount of a federal deposit available for withdrawal.

A handful of banks voluntarily provided the money early; most waited until Wednesday.

Such a waiting period once was unavoidable. A bank presented with a check from another bank needed time to confirm that the check was real and that the funds were available, and then for the money to move. The waiting period still exists, however, because the Fed, which operates the system used for most of those confirmations and transfers, has been dragging its feet.

Japan has required real-time payments since the 1990s. Mexico mandated instant transfers in 2004. The United Kingdom joined the club in 2008. And last year, the Fed announced that it, too, finally was developing a real-time payment system, but it wouldn’t come online before 2023.

The banking industry doesn’t mind the wait. Banks have developed a lucrative business in allowing customers — particularly those waiting for a check to clear — to withdraw more money than is legally available, and then charging a hefty fee for the overdraft. Aaron Klein, a fellow at the Brookings Institution, calculates delayed deposits have cost consumers more than $100 billion since 2008 — a combination of bank overdraft fees plus fees collected by check-cashing companies that offer an alternative to waiting, at a high price.

The effect is a transfer of wealth from poor customers to rich shareholders. Some 75 percent of overdraft fees are paid by 8 percent of customers, according to a study by the Consumer Financial Protection Bureau. These are lower-income customers with low balances. Meanwhile, the chief executive of a Minnesota bank named his boat the “Overdraft.”

The long-term solution is for the Fed to expedite construction of a real-time payment system.

But even with current technology, the Fed could expedite payments: It could require banks to make payments from the government available immediately. Banks have no need to fear that the checks will bounce; the Fed has the authority. But it has not used it.

The Trump administration also has informed banks that they can withhold a portion of the federal payments from customers to cover unpaid fees and debts. Congress gave the Trump administration the authority to prohibit banks from doing so, and senators from both parties have urged the administration to act. But the Treasury quietly informed banks last week that it would not tie their hands, according to a recording obtained by The American Prospect. As a result, some of the stimulus payments will go to cover old overdrafts.

The administration is taking great care in deciding what will appear on the front of the stimulus checks. Americans would be better off if the government put similar effort into getting out as much money to as many people as quickly as possible.