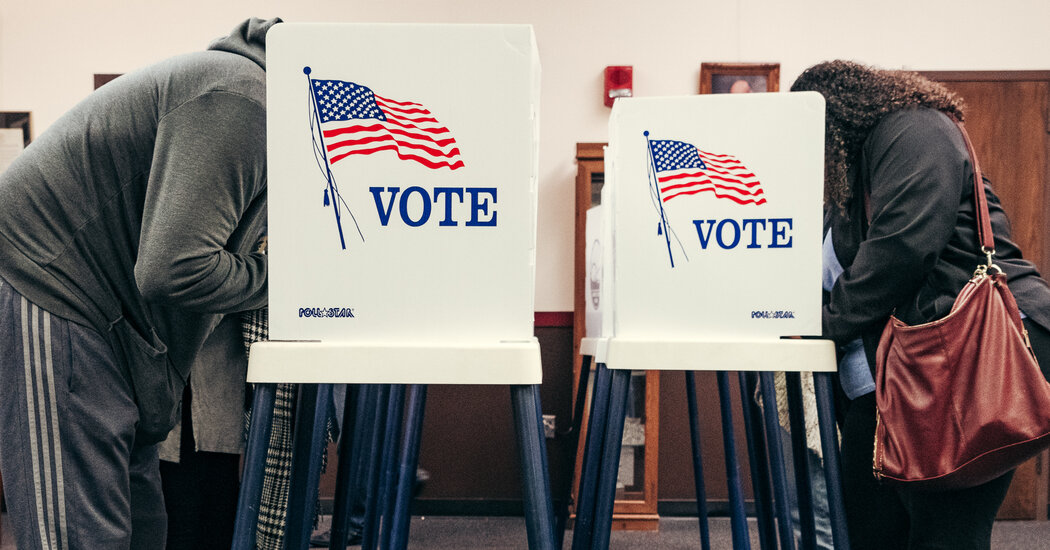 Last weekend I wrote about how the landscape of 2021 is suddenly letting Republicans play politics on “easy” mode, by giving them back the kind of issues that built Ronald Reagan’s majority in the 1970s and 1980 — rising inflation, rising violent crime, a Cold War rivalry (Chinese rather than Russian this time) and backlash against a culturally ascendant but overreaching and self-deceiving left.

I also wrote that this state of affairs was probably temporary, defining the environment as we head toward the 2022 midterms but not actually catapulting us permanently back to the world of 1980. In which case it’s fruitful to speculate about what the world after this strange, Covid-mediated moment holds for our two political coalitions — starting this weekend with the view from the Democratic perspective and continuing with the view from the G.O.P. side next week.

If you’re a Democrat right now, you can tell yourself a reasonably optimistic story, even in the face of disastrous midterm polling, about what the world after 2021 looks like for your party. In this hopeful scenario inflation is a challenge for a year but not a decade, and much of the simmering public discontent with the Biden administration reflects a simple exhaustion with Covid-era abnormalcy — an abnormalcy that, with child vaccinations, therapeutic drugs and widespread immunity, should really and truly be over with next year.

If that abnormalcy goes, so might a bunch of related issues that are currently hurting Democrats, including not just economic problems but cultural ones as well. The current education wars, for instance, have clearly been inflamed by school closings and masking policies, not just by parental doubts about new progressive curriculums. So once Covid-era interventions are finally in the rearview mirror, it may be that the Critical Race Theory debate recedes somewhat as well.

Thus the optimistic Democrat can tell herself that after losing ground in the midterms, the Biden administration will have a better economy thereafter, a lot of popular domestic spending to take credit for, a diminishment of culture war and a Republican opposition captive to its own extremists and likely to once again nominate Donald Trump for president.

All of which would be enough to win Democrats back most of the political advantages they’ve lost in the last year and enable them to go back to worrying about their structural disadvantages in the Electoral College, and how Trump might provoke a constitutional crisis when he loses narrowly a second time. These are hardly trivial worries. But they’re a very different kind of worry, if you’re a Democrat, from the fear that Republicans might cruise to Reagan-like majorities in 2024.

The more pessimistic scenario for Democrats, though, is one in which most of these hopes come to pass and others, too — normalcy is restored, inflation is tamed, schools are open everywhere and masks are set aside, illegal border crossings diminish and homicide rates drop, no major foreign crises intervenes — and it doesn’t help the party or its president as much as one might expect.

I’ll call this, to be provocative, the “emerging Republican majority” scenario, in which it turns out that of the two big political migrations of the Trump era — affluent suburbanites turning more Democratic, working-class whites and then Latinos turning more Republican — the first one was temporary and provisional, and the second one permanent and accelerating.

In this possible future, it will become clear that the Glenn Youngkin result in Virginia was a bellwether — that there’s certain kind of suburban voter who will vote for a moderate-seeming Democrat over the Trumpiest Republican, but who will swing back to the G.O.P. as soon as there’s any excuse to do so. Meanwhile the characteristic Obama-Trump voter, whether in rural white America or in Latino areas of Florida or Texas, will remain so culturally alienated from contemporary progressivism that there’s no easy way for Biden or any other Democratic politician to win them back. And especially not our aging president’s two obvious heirs, Kamala Harris and Pete Buttigieg, who built their careers in deep-blue precincts, embodying aspects of elite progressivism that have dubious national appeal.

Which would mean that after Biden, liberals should expect the deluge — unless, of course, the Republican Party makes itself so utterly objectionable that it torches all of these advantages and ensures that any emerging G.O.P. majority is stillborn.

This possibility confronts Democrats with a strange political calculus, albeit one that they already faced somewhat in Trump’s first term. It may be that the things they (rightly) fear most about a Trumpian revival — all the paranoia and conspiracism that gave us Jan. 6 — are also the only things that, by alienating suburban voters from the G.O.P., keep the present Democratic coalition viable.

Whereas without Trumpishness as a foil and boogeyman, current-era liberalism would be headed for a fate once anticipated for Republicans: a slow but steady ebb, a surprising demographic squeeze.