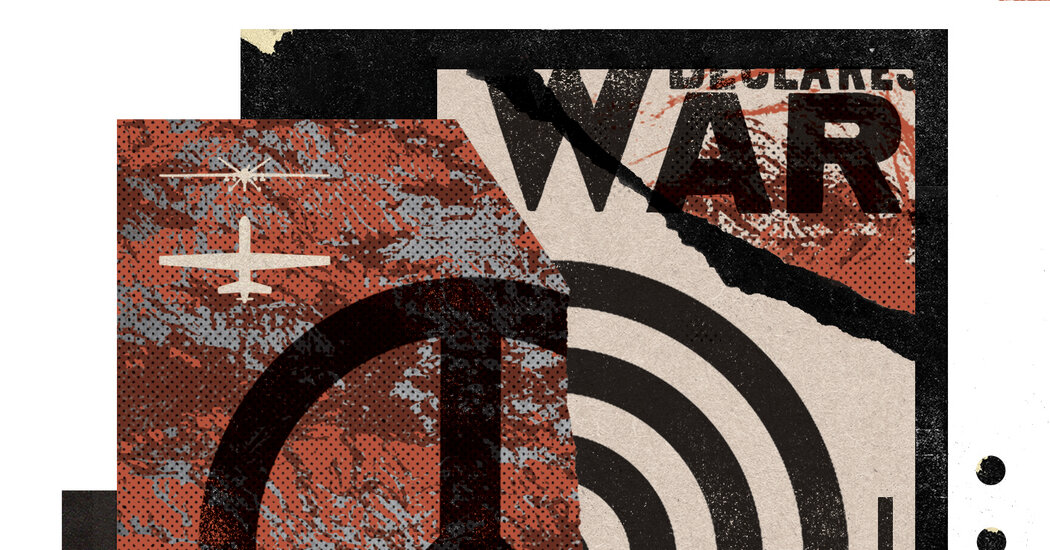 The American way of war is a paradox. Even after our retreat from Afghanistan, it is likely to remain vast, if not endless, with drone and missile strikes ranging across the longitudes, while U.S. naval and air formations dominate large swaths of the globe. Yet it is also more humane, with lawyers now indispensable to military operations and especially to targeting.

Samuel Moyn, a law and history professor at Yale, writes that “absolutely and relatively, fewer captives are mistreated and fewer civilians die — by far — than in the past.” Whereas millions were killed in Vietnam from direct U.S. military strikes or collateral damage, “only” some 200,000 died in Iraq, and mainly from civil war and disorder rather than specifically because of American military action. Moyn doesn’t celebrate such statistics. To the contrary, in “Humane: How the United States Abandoned Peace and Reinvented War,” he takes the reader on an excruciating journey, in incisive, meticulous and elegant prose, about the modern history of making war more legal, and in effect sanitizing it so that it can continue forever.

Leo Tolstoy worried, Moyn writes, that “humanitarianism could entrench war” by rendering it more palatable. In a similar vein, the Prussian military strategist Carl von Clausewitz warned that “the fact that slaughter is a horrifying spectacle must make us take war more seriously.” The demand of pacifists and other idealists, Moyn observes, has always been “peace among states, not humanity within their wars.” Indeed, the white flag of surrender was considered by them morally superior to the flag of the Red Cross in the wards of the wounded. Yet the pacifism that arose out of the mass carnage of World War I was an accomplice to the appeasement of Hitler. It is this tension between what is just and what is prudent, between a pure humanitarianism and the very real pressures on statesmen, that helps drive Moyn’s narrative as he chronicles a host of 19th- and 20th-century conflicts, from the Ethiopian war against the Italians to the Anglo-Boer War in South Africa.

Moyn particularly concentrates on the horrendous American military spectacle of Vietnam, and the efforts of people like the former Nuremberg prosecutor Telford Taylor to label elements of that enterprise as criminal and racially motivated. As with Iraq, it seems that when a war is wrongly conceived, everything about it goes wrong, all emanating from the hubris of its conception. Though Moyn does not identify them as such, Afghanistan and Iraq were midsize wars, neither small policing actions like Grenada and Panama nor all-out cataclysms like the two world wars. They allowed, so to speak, for an army at war and a nation at the mall. And because they were incredibly bloody but did not fully engage the home front, they were wars that the United States did badly at, since military actions did not directly affect the voters.

Moyn seems to yearn for unblemished wars, like the Civil War or World War II, whose motives were at least defensible. Of course, those wars required the abominations of slavery and Nazi totalitarianism to make them so. Thus, such wars are rare. Following World War II, the United States found itself overseeing the globe in an imperial-like situation, and misbegotten wars have been common to empires from Rome forward.

As for Vietnam, the American military did learn from its shocking experience there. “What one might call the self-humanization of the military under law was probably the most important factor in paving the road toward humane war after Vietnam,” Moyn observes. And so lawyers became ever-present when strategy and target lists were discussed. The result over time was that both the military and the public became more comfortable with the American way of war, paradoxically helping to remove impediments to its prosecution, much to the dismay of humanitarians and particularly pacifists. Moyn doesn’t quite say it, but he establishes a link between the post-Vietnam urge to make war more acceptable and the overwhelming superiority of American power following the end of the Cold War. The illusion of sanitized war in combination with American predominance led to constant military involvement that would culminate in Afghanistan in 2001 and Iraq in 2003.

Along the way came the call for what Moyn labels “interventionist justice.” The Holocaust had become the after-the-fact justification for World War II, with appeasement of Hitler as the great totemic crime, so that the emphasis of many post-Cold War humanitarians was less on peace than on intervention to stop human rights abuses. This was a critical factor in the American-led interventions in Bosnia in 1995 and Kosovo in 1999, both of which (along with the interventions in Panama in 1989 and the Persian Gulf in 1991) proved spectacularly successful. It was a heady brew — and a dangerous one. I confess, my support for the Iraq war, which I came to regret, was affected partly by the sloppy assumption of yet another clean military victory. Additionally, as Moyn notes, Washington in general had become in its own way militarized, with a “blob” composed of “Beltway experts” who incessantly lobbied for action, and with an elite volunteer military conveniently at the ready.

Understand the Taliban Takeover in Afghanistan

Who are the Taliban? The Taliban arose in 1994 amid the turmoil that came after the withdrawal of Soviet forces from Afghanistan in 1989. They used brutal public punishments, including floggings, amputations and mass executions, to enforce their rules. Here’s more on their origin story and their record as rulers.

Who are the Taliban leaders? These are the top leaders of the Taliban, men who have spent years on the run, in hiding, in jail and dodging American drones. Little is known about them or how they plan to govern, including whether they will be as tolerant as they claim to be. One spokesman told The Times that the group wanted to forget its past, but that there would be some restrictions.

How did the Taliban gain control? See how the Taliban retook power in Afghanistan in a few months, and read about how their strategy enabled them to do so.

What happens to the women of Afghanistan? The last time the Taliban were in power, they barred women and girls from taking most jobs or going to school. Afghan women have made many gains since the Taliban were toppled, but now they fear that ground may be lost. Taliban officials are trying to reassure women that things will be different, but there are signs that, at least in some areas, they have begun to reimpose the old order.

What does their victory mean for terrorist groups? The United States invaded Afghanistan 20 years ago in response to terrorism, and many worry that Al Qaeda and other radical groups will again find safe haven there. On Aug. 26, deadly explosions outside Afghanistan’s main airport claimed by the Islamic State demonstrated that terrorists remain a threat.

How will this affect future U.S. policy in the region? Washington and the Taliban may spend years pulled between cooperation and conflict. Some of the key issues at hand include: how to cooperate against a mutual enemy, the Islamic State branch in the region, known as ISIS-K, and whether the U.S. should release $9.4 billion in Afghan government currency reserves that are frozen in the country.

As Iraq crumbled, the scandal of mistreating prisoners at Abu Ghraib only quickened the lawyering that henceforth sought to monitor and constrict the conduct of the war. Iraq, Moyn explains, constituted the apotheosis of making war more humane so the killing could continue indefinitely. Following the debacle of the George W. Bush presidency, Barack Obama would withdraw American troops from Iraq, yet he expanded the war on terror to “an awesome extent, while making it sustainable for a domestic audience” by transforming warfare in a “humane direction.” Thus was born the “drone empire,” which involved no footprint, was only partly human as well as partly robotic, and involved a legalistic institutional process before each killing. In the words of the Atlantic editor Jeffrey Goldberg, Obama became “the most successful terrorist-hunter in the history of the presidency,” with “a set of tools an accomplished assassin would envy.”

Moyn puts the whole issue in a tough, pragmatic perspective. “The United States faced threats, and it was not as though Obama could turn a blind eye to terrorism. He was a politician whose career depended on protecting the American people first.” Obama’s philosophical lodestar was the Christian theologian Reinhold Niebuhr, who sanctioned the necessity of conflict because of the depth of sin in a fallen world.

The future for humane war, Moyn says, is at once bleak and promising. We face violent conflict that is algorithmic and robotic, with human beings and human choice moving toward the sidelines. Cyberattacks are bloodless, yet can destroy people’s livelihoods and in a sense their lives. And of course there will be drones that hit the wrong targets and special forces that kill the wrong people. Then there is the possibility of major interstate war between great powers fought with precision-guided weapons. Simply because one can’t imagine such a circumstance doesn’t mean it won’t happen. After all, a quagmire in Iraq seemed unimaginable to many considering the string of military successes in the 1990s. The yearning to avoid war and yet make it more humane will therefore continue, rendering Moyn’s book timeless.