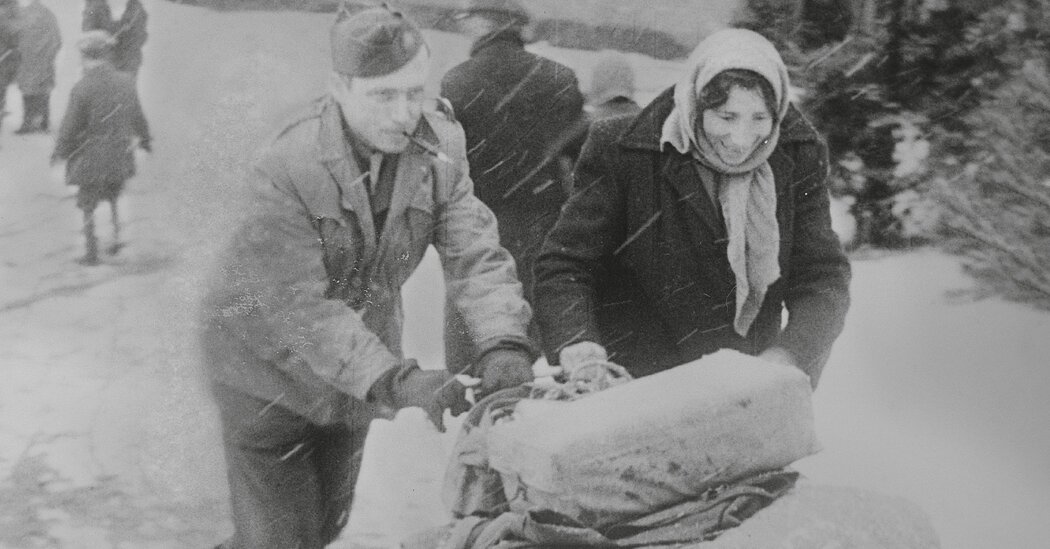 David Nasaw is the author of widely acclaimed biographies of momentous figures: William Randolph Hearst, Andrew Carnegie, Joseph P. Kennedy. In his new book, he tells the story of not one person but a million. “The Last Million” is about Eastern Europeans stranded in Germany after the spring of 1945. These displaced persons included Jewish concentration camp survivors; Polish forced laborers; and Ukrainian, Lithuanian, Latvian and Estonian Nazi collaborators.

“It was a shock to me, and is still infinitely distressing, to learn that the United States Congress did nothing to resettle, to offer refuge, to the victims of the Holocaust,” Nasaw says. “On the contrary, Truman, understanding that he could not get a majority in Congress to support the resettlement of the Jewish D.P.s, he pushed and pushed and pushed the British, who had the mandate over Palestine, to open Palestine to the quarter million Jewish survivors who were left in Germany. The British refused.”

Carlos Lozada visits the podcast to discuss his new book, “What Were We Thinking: A Brief Intellectual History of the Trump Era.” Lozada, the nonfiction book critic for The Washington Post, read many, many books for the project, starting with those by Trump and directly about him but then moving outward from there.

“I think of a sort of outer circle of books that are about the big debates of the Trump era, things that have come to the fore, in part, because of the Trump presidency,” Lozada says. “These are books about immigration, books about truth, books about identity, books by the ‘never Trump’ conservatives, that grapple with the issues raised in this time. But then there’s even a further circle of Trump books that aren’t Trump books at all but have kind of become Trump books. ‘Hillbilly Elegy’ was not a book about Donald Trump. Donald Trump was not mentioned in that book; it was written before Trump’s campaign. But it became a Trump book.”

Also on this week’s episode, Alexandra Alter has news from the publishing world; and Tina Jordan and John Williams talk about what people are reading. Pamela Paul is the host.