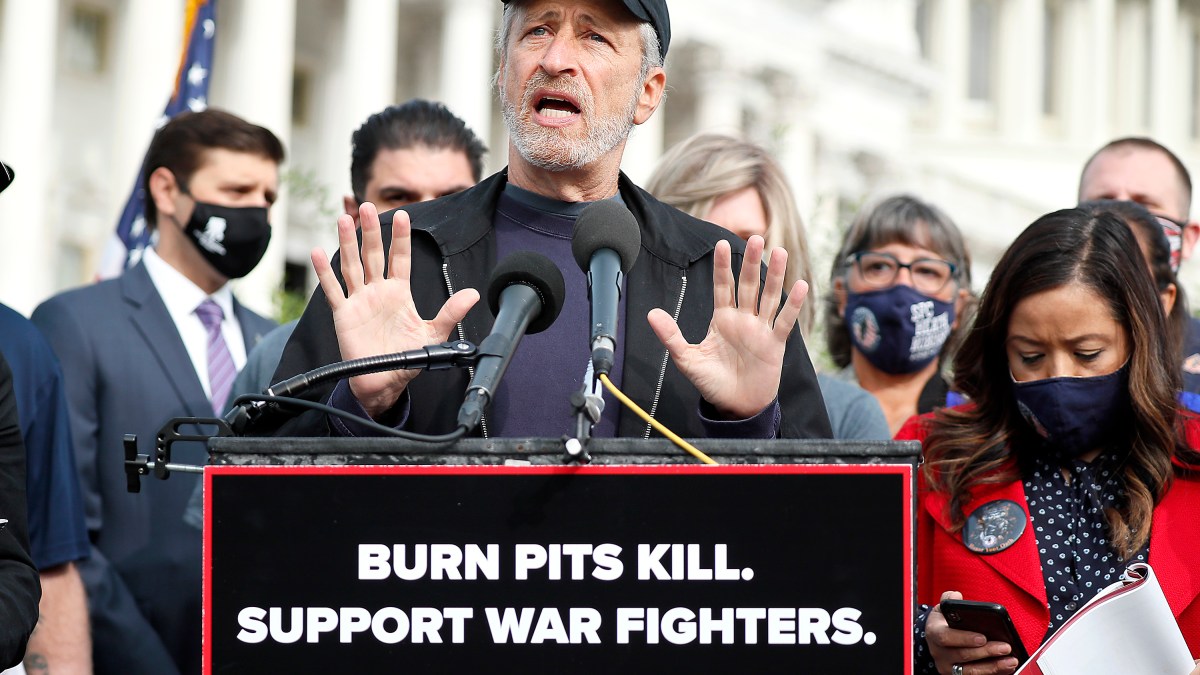 Jon Stewart returned to Capitol Hill Tuesday to take up a new cause — advocating for veterans affected by burn pits. The comedian held a press conference outside Capital Hill to honor servicemen and women, NBC News reports.

“Welcome to another exciting episode of ‘When is America going to start acting like the great country we keep telling ourselves we are?'” Stewart said.

Presumptive Benefits for War Fighters Exposed to Burn Pits and Other Toxins Act of 2020 was drafted as a bill to benefit service members. They would receive lifetime health care coverage if present at a burn site and the veteran suffered from cancer or any respiratory disease linked to carcinogenic toxins.

Stewart has been advocating for the 9/11 victims’ compensation fund for 15 years.