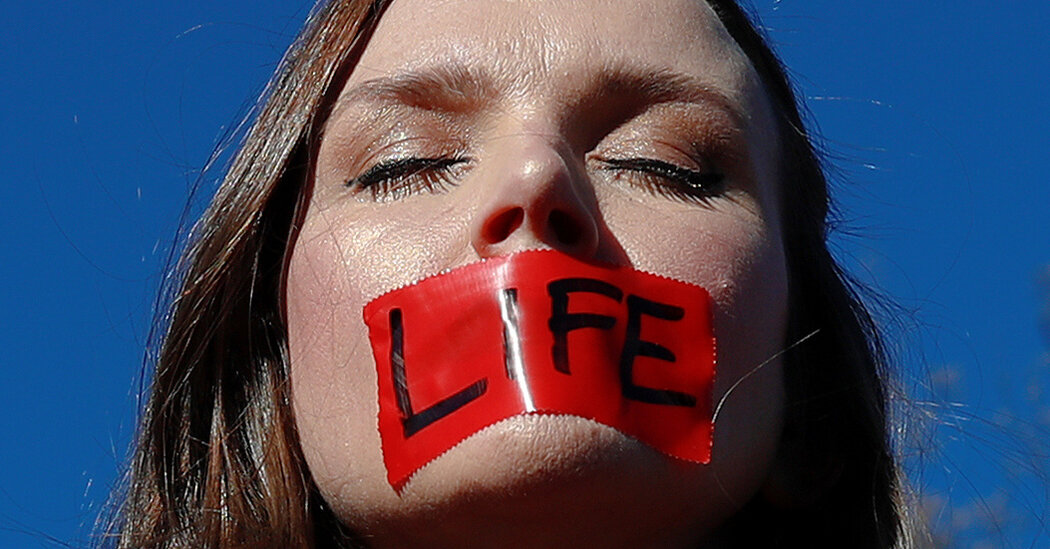 In 2012, Arizona enacted a ban on nearly all abortions after 20 weeks of pregnancy. The lower courts struck it down, and the Supreme Court refused to hear the state’s appeal.

In 2013, North Dakota passed a law banning almost all abortions after a fetal heartbeat could be detected, at approximately six weeks of pregnancy. The lower courts struck it down, and the Supreme Court refused to hear the state’s appeal.

In the same year, Arkansas passed a law banning abortion after 12 weeks of pregnancy. The lower courts struck it down, and the Supreme Court refused to hear the state’s appeal.

In 2018, Mississippi’s Legislature passed the “Gestational Age Act,” banning nearly all abortions after 15 weeks of pregnancy. The lower courts struck it down. On Monday, the Supreme Court accepted the state’s appeal for argument and decision in its next term.

Not the governing precedent from 29 years ago, Planned Parenthood v. Casey, in which the court ruled that “a state may not prohibit any woman from making the ultimate decision to terminate her pregnancy before viability.”

Not the basics of human fetal development, in which viability is considered to occur at about 24 weeks, although heroic intervention has saved some infants born as early as 22 weeks (a full-term pregnancy lasts 40 weeks).

No, nothing has changed — and everything. Justice Anthony Kennedy retired. Justice Ruth Bader Ginsburg died. And now we have a Supreme Court poised to leap over all the incremental and burdensome rules by which states have for years been making abortion more expensive and less accessible.

In granting this case, Dobbs v. Jackson Women’s Health Organization, the court takes us all the way back to the heart of the matter, to whether a state can skip all the rigmarole and just impose a flat-out ban on some — or all — abortions before fetal viability.

Do I think the court will use this case to permit states to ban abortion entirely? No, not directly and not this soon; there’s no need for the new majority, handpicked for that very purpose, to go that far this fast. The question the court has agreed to answer, as framed by the state’s petition, “Whether all previability prohibitions on elective abortions are unconstitutional,” suggests but doesn’t require an all-or-nothing response.

However, as President Biden might say, here’s the deal: Viability has been the essential firewall protecting the right to abortion. As the law of abortion currently stands, states can require onerous waiting periods, misleading “informed consent” scripts, needless ultrasound exams — anything to make abortion as burdensome, expensive and stigmatizing as possible. But what a state can’t do at the end of the day is actually prevent a woman with the resources and will to get to one of the diminishing number of providers (the clinic that sued to block the Mississippi law is the only one in that state) from terminating her pregnancy.

Once the viability firewall is breached, it’s hard to see what limiting principle the new majority might invoke even if so inclined. Ninety percent of abortions take place in the first 13 weeks of pregnancy. What’s the difference between 15 weeks and 13, or 11, or 10? Mississippi offers as a limiting principle the claim that at 15 weeks a fetus is “likely capable of conscious pain perception.” But as a compilation of peer-reviewed medical articles published in 2015 by FactCheck.org concluded, scientific evidence is lacking even for the more common assertion that fetuses are capable of feeling pain at 20 weeks.

Limiting principles usually matter a great deal at the Supreme Court, and it’s common during oral argument for justices to demand that lawyers articulate one. The justices need to know: “If we buy what you’re trying to sell us, exactly what are we buying? What’s the next case in line after yours?”

When it comes to abortion, as the justices surely know, the line is long and growing.

On Wednesday, Gov. Greg Abbott of Texas signed a “heartbeat” bill that bans abortion as early as six weeks’ gestation. Not to be outdone, voters in Lubbock, Texas, population 260,000, earlier this month declared the city an abortion-free zone, leading Planned Parenthood, which operates the city’s sole abortion clinic within 300 miles, to file a lawsuit to stop the ordinance from going into effect.

Compared to those measures, Mississippi’s 15-week ban may look almost moderate, and a Supreme Court decision upholding only the Mississippi law may be greeted in some prochoice corners with relief. That would reflect a serious misunderstanding. Once the viability firewall falls, there is no “only.” As Justice Antonin Scalia said in a different context, “This wolf comes as a wolf.”

If there is any good news to salvage from the court’s announcement this week, it is this: the free ride that anti-abortion politicians have enjoyed may be coming to a crashing end.

Ever since the 2010 election ushered new Republican majorities into state legislatures, politicians there have been able to impose increasingly severe abortion restrictions without consequence, knowing that the lower courts would enjoin the laws before they took effect and save the people’s representatives from having to own their actions.

It’s a dim memory, but a salient one, that in Mississippi itself, a voter referendum that would have amended the state Constitution to grant personhood status to a fertilized egg was defeated in 2011 by a margin of 58 to 41 percent, despite endorsement by leading politicians and widespread predictions that it would pass. That’s when the anti-abortion forces decided that friendly legislatures were a better bet than the will of the people.

Last fall, in each of four nationwide polls, including one conducted for Fox News, more than 60 percent of registered or likely voters said they did not want the Supreme Court to overturn “Roe v. Wade.” I put the case in quotes because that’s how the pollsters asked the question; although Roe obviously carries strong symbolic meaning, the 1973 decision is in many respects no longer the law.

The question as the polls’ respondents processed it was most likely “Do you want to keep the right to abortion?” And no wonder the answer was yes: nearly one American woman in four will have an abortion. (Catholic women get about one-quarter of all abortions, roughly in proportion to the Catholic share of the American population.) Decades of effort to drive abortion to the margins of medical practice have failed to dislodge it from the mainstream of women’s lives.

For the cynical game they have played with those lives, politicians have not paid a price. Now perhaps they will. Of course, women themselves will pay a heavy price as this new reality sorts itself out, particularly women with low incomes who now make up the majority of abortion patients.

And there’s another price to be paid as justices in the new majority turn to the mission they were selected for. The currency isn’t votes, but something even more important and harder to win back: the institutional legitimacy of the Supreme Court of the United States.

There’s no free ride for the court either.