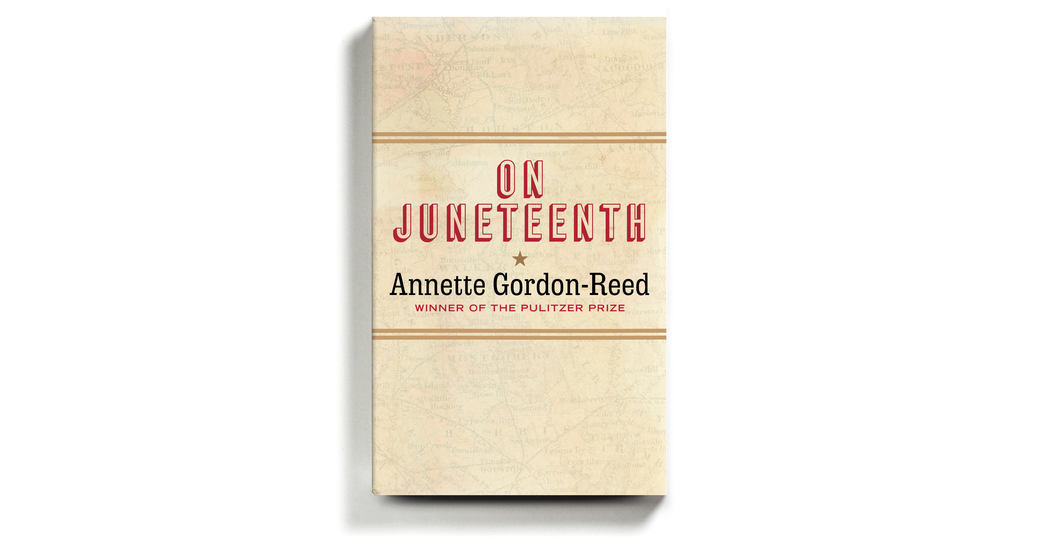 The historian Annette Gordon-Reed’s “On Juneteenth” is an unexpected book. She’s best known for her work on Thomas Jefferson and Sally Hemings, the enslaved woman with whom Jefferson had multiple children — a once controversial thesis that’s now accepted as historical fact in large part because of Gordon-Reed’s scholarship. She has written before about the need for historians to maintain a certain distance from the people they write about, to see “the complexity and contradictions” that might otherwise get crushed in an overzealous embrace.

In “On Juneteenth,” Gordon-Reed identifies quite closely with her subject — and only a sliver of the book is directly about Juneteenth itself. But if this book is a departure for her, it’s still guided by the humane skepticism that has animated her previous work. In a series of short, moving essays, she explores “the long road” to June 19, 1865, when Maj. Gen. Gordon Granger announced the end of legalized slavery in Texas, the state where Gordon-Reed was born and raised.

Her family’s Texas roots run deep, to the 1820s on her mother’s side and at least as far back as the 1860s on her father’s side. She remembers Juneteenth celebrations from her childhood, drinking red soda and setting off firecrackers that her grandfather bought. The history they were commemorating still felt close, with slavery “just a blink of an eye away from the years my grandparents and their friends were born.” When she heard that people outside of Texas were starting to celebrate the holiday, she confesses that she “was initially annoyed,” feeling a “twinge of possessiveness” that she chalks up to “the habit of seeing my home state, and the people who reside there, as special.”

And Texas is special, she says — though not exactly in the ways that it’s usually made out to be. Yes, it’s big, not just geographically but also historically: “No other state brings together so many disparate and defining characteristics all in one — a state that shares a border with a foreign nation, a state with a long history of disputes between Europeans and an Indigenous population and between Anglo-Europeans and people of Spanish origin, a state that had existed as an independent nation, that had plantation-based slavery and legalized Jim Crow.”

Yet that capaciousness seems to have been reduced in the public imagination to the western half of the state, with its sparse population and its desert brush. To the iconic Texan figures of the cowboy, the oilman and the rancher, Gordon-Reed says we should add the slave plantation owner, for whom Texas was ultimately founded: Stephen F. Austin brought colonists to the Mexican province of Coahuila y Tejas not to chase cattle but to have his fellow Anglo-Americans turn the land into cotton fields.

Gordon-Reed was born in Livingston and raised in nearby Conroe — a small town of 5,000 when she was a child in the 1960s; its population has since grown more than 17-fold. When she was in first grade, toward the end of Texas’s decade-long resistance to the Brown v. Board decision, her parents sent her to attend what was known as the “white school” in town. She remembers being a child in segregated Conroe and noticing the separate entrances and waiting rooms at the doctor’s office, and how the other waiting room had a better selection of magazines. Even when integration was legally mandated, she “knew that law wasn’t the only thing,” and neither was straightforward material self-interest. The churlish shopkeeper at the old-time general store would glare at her and any Black people who wanted to exercise their right to spend money there. For a child who hadn’t done anything wrong, “it was puzzling.”

This discrepancy — between abstractions on the one hand and lived experience on the other — is something that seems to have fueled Gordon-Reed’s curiosity as a historian. How could Jefferson, the author of the soaring ideals enumerated in the Declaration of Independence, have been an enslaver? And on the flip side: How to square his racist musings in “Notes on the State of Virginia” with his determination to petition the Virginia legislature on behalf of the men he freed?

No matter what she’s looking at, Gordon-Reed pries open this space between the abstract and particular. Early in the book she writes about the Texas habit, not uncommon in the South, of taking refuge in the notion of states’ rights. But such lofty appeals to freedom mean little without any reference to what that freedom was actually supposed to entail. As she wryly puts it: “States’ rights to do what?”

We live in a moment when younger Americans have grown impatient with the old heroic myths, pointing out how they obscured the exploitation and trauma that were part of the nation from the beginning. Gordon-Reed acknowledges that origin stories matter, even if they often have more to say about “our current needs and desires” than with the facts of history, which are often stranger and less assimilable than any self-serving mythology will allow. Against the story of valiant pilgrims at Plymouth Rock, she writes, is another story — the arrival of 20 Africans in Jamestown in 1619. But she also remembers hearing “stray references” in school to Estebanico, a man of African descent who arrived in Texas in the 1520s with the Spanish explorer Cabeza de Vaca.

Gordon-Reed doesn’t think Estebanico’s story should become its own form of heroic mythologizing. Learning about him when she was in school might not have offered anything so straightforward and satisfying as another origin story, but it would at least have deepened her understanding of Africans in America outside “the strict confines of the plantation.”

One of the things that makes this slender book stand out is Gordon-Reed’s ability to combine clarity with subtlety, elegantly carving a path between competing positions, instead of doing as too many of us do in this age of hepped-up social-media provocations by simply reacting to them. In “On Juneteenth” she leads by example, revisiting her own experiences, questioning her own assumptions — and showing that historical understanding is a process, not an end point.

“The attempt to recognize and grapple with the humanity and, thus, the fallibility of people in the past — and the present — must be made,” she writes. “That is the stuff of history, too.”