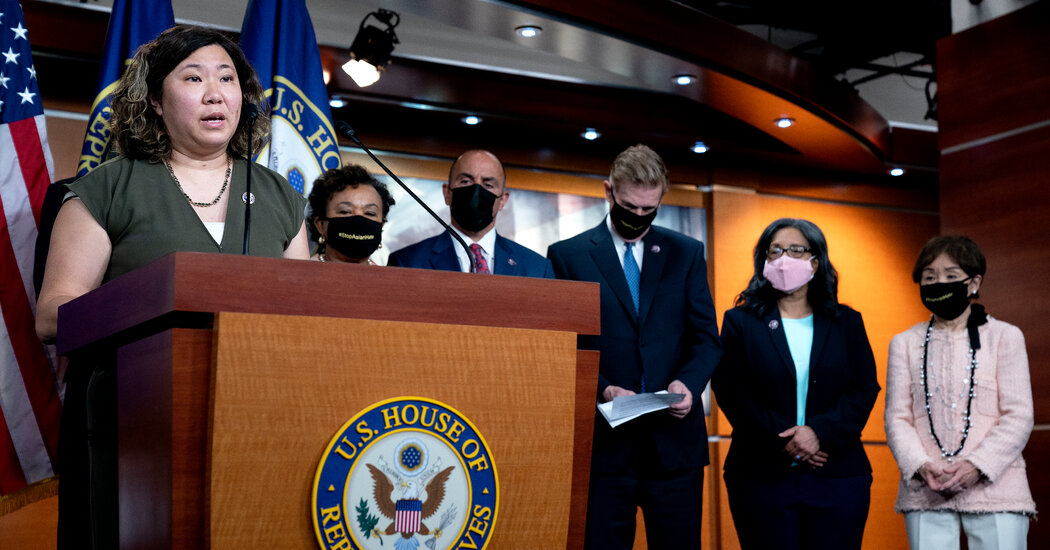 The bill, approved in a 364-62 vote, is the first legislative action that Congress has taken to bolster law enforcement’s response to attacks on people of Asian descent amid an uptick in discrimination and violence against Asian-American communities during the pandemic.

“The Asian-American community is exhausted from being forced to endure this rise in bigotry and racist attacks,” said Representative Grace Meng, Democrat of New York. “Asian-Americans are tired of living in fear.”

The measure, led by Ms. Meng and Senator Mazie Hirono, Democrat of Hawaii, would establish a position at the Justice Department to expedite the agency’s review of hate crimes and expand the channels to report them. It would also encourage the creation of state-run hate crime hotlines, provide grants to law enforcement agencies that train their officers to identify hate crimes and introduce a series of public education campaigns around bias against people of Asian descent.

The bill was also approved by an overwhelming margin in the Senate, with only Senator Josh Hawley, Republican of Missouri, opposing it. He argued that it mandated an overly expansive collection of data around hate crimes that could slide into government overreach.

In the House, 62 Republicans opposed it.

Mr. Biden last month pledged to swiftly sign the legislation when it reached his desk, hailing it as putting “our nation one step closer to achieving justice and equality.”

“For more than a year, far too many Asian Americans have woken up each morning increasingly fearful for their safety and the safety of their loved ones,” Mr. Biden said. “They have been scapegoated, harassed, and assaulted; some have even been killed.”