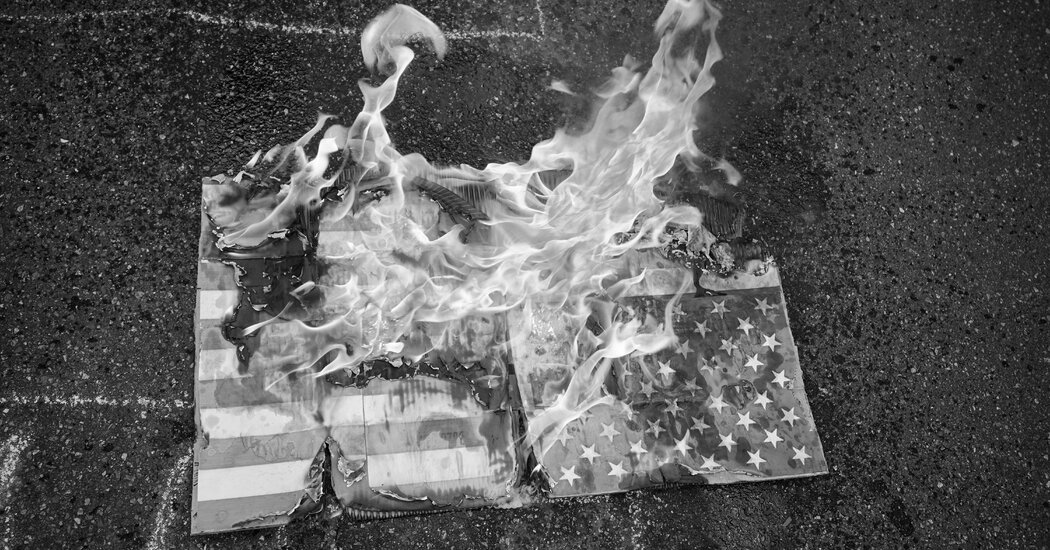 The Jan. 6 attack on Congress by a mob inspired by former President Donald Trump marked an ominous precedent for U.S. politics. Not since the Civil War had the country failed to effect a peaceful transfer of power, and no previous candidate purposefully contested an election’s results in the face of broad evidence that it was free and fair.

The event continues to reverberate in American politics — but its impact is not just domestic. It has also had a large impact internationally and signals a significant decline in American global power and influence.

Jan. 6 needs to be seen against the backdrop of the broader global crisis of liberal democracy. According to Freedom House’s 2021 Freedom in the World report, democracy has been in decline for 15 straight years, with some of the largest setbacks coming in the world’s two largest democracies, the United States and India. Since that report was issued, coups took place in Myanmar, Tunisia and Sudan, countries that had previously taken promising steps toward democracy.

The world had experienced a huge expansion in the number of democracies, from around 35 in the early 1970s to well over 110 by the time of the 2008 financial crisis. The United States was critical to what was labeled the “Third Wave” of democratization. America provided security to democratic allies in Europe and East Asia, and presided over an increasingly integrated global economy that quadrupled its output in that same period.

But global democracy was underpinned by the success and durability of democracy in the United States itself — what the political scientist Joseph Nye labels its “soft power.” People around the world looked up to America’s example as one they sought to emulate, from the students in Tiananmen Square in 1989 to the protesters leading the “color revolutions” in Europe and the Middle East in subsequent decades.

The decline of democracy worldwide is driven by complex forces. Globalization and economic change have left many behind, and a huge cultural divide has emerged between highly educated professionals living in cities and residents of smaller towns with more traditional values. The rise of the internet has weakened elite control over information; we have always disagreed over values, but we now live in separate factual universes. And the desire to belong and have one’s dignity affirmed are often more powerful forces than economic self-interest.

The world thus looks very different from the way it did roughly 30 years ago, when the former Soviet Union collapsed. There were two key factors I underestimated back then — first, the difficulty of creating not just democracy, but also a modern, impartial, uncorrupt state; and second, the possibility of political decay in advanced democracies.

The American model has been decaying for some time. Since the mid-1990s, the country’s politics have become increasingly polarized and subject to continuing gridlock, which has prevented it from performing basic government functions like passing budgets. There were clear problems with American institutions — the influence of money in politics, the effects of a voting system increasingly unaligned with democratic choice — yet the country seemed to be unable to reform itself. Earlier periods of crisis like the Civil War and the Great Depression produced farsighted, institution-building leaders; not so in the first decades of the 21st century, which saw American policymakers presiding over two catastrophes — the Iraq war and the subprime financial crisis — and then witnessed the emergence of a shortsighted demagogue egging on an angry populist movement.

Up until Jan. 6, one might have seen these developments through the lens of ordinary American politics, with its disagreements on issues like trade, immigration and abortion. But the uprising marked the moment when a significant minority of Americans showed themselves willing to turn against American democracy itself and to use violence to achieve their ends. What has made Jan. 6 a particularly alarming stain (and strain) on U.S. democracy is the fact that the Republican Party, far from repudiating those who initiated and participated in the uprising, has sought to normalize it and purge from its own ranks those who were willing to tell the truth about the 2020 election as it looks ahead to 2024, when Mr. Trump might seek a restoration.

The impact of this event is still playing out on the global stage. Over the years, authoritarian leaders like Vladimir Putin of Russia and Aleksandr Lukashenko of Belarus have sought to manipulate election results and deny popular will. Conversely, losing candidates in elections in new democracies have often charged voter fraud in the face of largely free and fair elections. This happened last year in Peru, when Keiko Fujimori contested her loss to Pedro Castillo in the second round of the country’s presidential election. Brazil’s president, Jair Bolsonaro, has been laying the grounds for contesting this year’s presidential election by attacking the functioning of Brazil’s voting system, just as Mr. Trump spent the lead-up to the 2020 election undermining confidence in mail-in ballots.

Before Jan. 6, these kinds of antics would have been seen as the behavior of young and incompletely consolidated democracies, and the United States would have wagged its finger in condemnation. But it has now happened in the United States itself. America’s credibility in upholding a model of good democratic practice has been shredded.

This precedent is bad enough, but there are potentially even more dangerous consequences of Jan. 6. The global rollback of democracy has been led by two rising authoritarian countries, Russia and China. Both powers have irredentist claims on other people’s territory. President Putin has stated openly that he does not believe Ukraine to be a legitimately independent country but rather part of a much larger Russia. He has massed troops on Ukraine’s borders and has been testing Western responses to potential aggression. President Xi of China has asserted that Taiwan must eventually return to China, and Chinese leaders have not excluded the use of military force, if necessary.

A key factor in any future military aggression by either country will be the potential role of the United States, which has not extended clear security guarantees to either Ukraine or Taiwan but has been supportive militarily and ideologically aligned with those countries’ efforts to become real democracies.

If momentum had built in the Republican Party to renounce the events of Jan. 6 the way it ultimately abandoned Richard Nixon in 1974, we might have hoped that the country might move on from the Trump era. But this has not happened, and foreign adversaries like Russia and China are watching this situation with unconstrained glee. If issues like vaccinations and mask-wearing have become politicized and divisive, consider how a future decision to extend military support — or to deny such support — to either Ukraine or Taiwan would be greeted. Mr. Trump undermined the bipartisan consensus that existed since the late 1940s over America’s strong support for a liberal international role, and President Biden has not yet been able to re-establish it.

The single greatest weakness of the United States today lies in its internal divisions. Conservative pundits have traveled to illiberal Hungary to seek an alternative model, and a dismaying number of Republicans see the Democrats as a greater threat than Russia.

The United States retains a huge amount of economic and military power, but that power is not usable in the absence of domestic political consensus over the country’s international role. If Americans cease to believe in an open, tolerant and liberal society, our capacity to innovate and lead as the world’s foremost economic power will also diminish. Jan. 6 sealed and deepened the country’s divisions, and for that reason it will have consequences echoing across the globe in the years to come.

Francis Fukuyama is a senior fellow at Stanford’s Freeman Spogli Institute for International Studies and the author of the forthcoming “Liberalism and Its Discontents.”