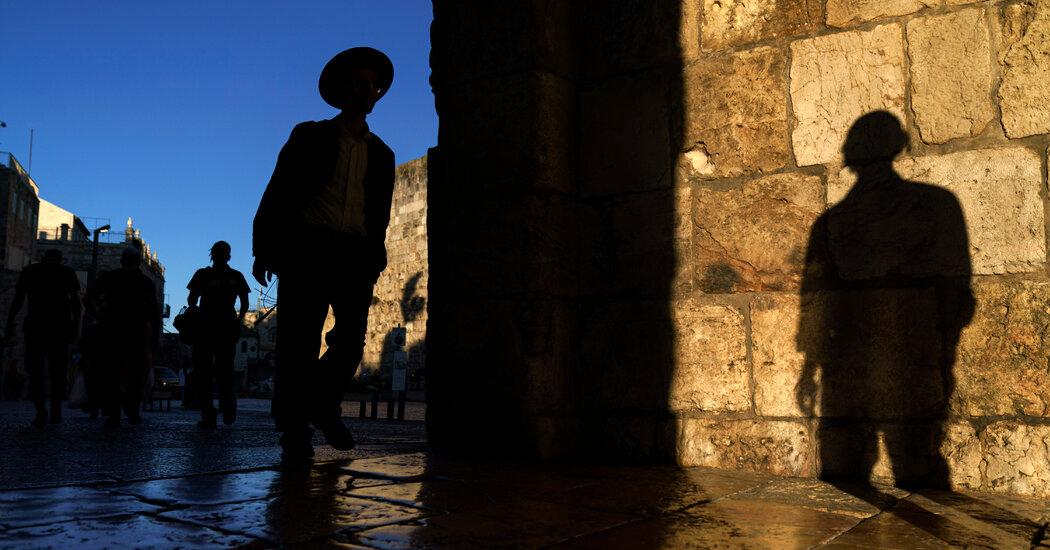 TEL AVIV — The first meetings of peace negotiations between Israel and the Palestinian Authority back in 2007 were very emotional.

Each of us — I, as Israel’s chief negotiator, and Ahmed Qurei, known as Abu Ala, the former Palestinian prime minister — tried to convince the other who has more rights to the land: the Jewish people or the Palestinians.

Unsurprisingly, we left these sessions frustrated and unconvinced. After two such meetings, we agreed that these discussions would lead us nowhere and that any peace agreement would not determine which narrative prevailed, and instead we should focus only on how to establish a peaceful future.

The argument over historical narratives hasn’t changed. It won’t. Those on both sides that insist on forcing their narrative on the other side, or turning the conflict into a religious war, cannot make the compromises needed for peace. This is true also for those from the international community supporting one side and denying the rights of the other. This is destructive and only strengthens extremists.

Peace based on the vision of two states for two peoples gives an answer to the national aspirations of both the Jewish people and the Palestinians and requires compromises by both.

The solution of a Jewish state and an Arab state has actually existed for some 75 years. It was laid out by the United Nations in 1947 as a just solution to the conflict between Jews (including my own parents) and Arabs who already lived between the Jordan River and the Mediterranean Sea.

National conflicts cannot be resolved by wars and violence, but only by a political resolution, leadership and compromise. A religious conflict is not a conflict over rights, but a fight against the right of others to live by their faith. For religious ideologists, there is no compromise.

The past two weeks were a wake-up call. The message is not only that conflict is unsustainable but also that the very nature of the conflict is turning into a religious one. That religious element has seeped into Israel itself and turned into violence between the Israeli citizens — Arabs and Jews — within Israeli cities.

We cannot and should not cede the floor to religious extremists.

The cease-fire in Gaza provides a window of time we must use to change the long-term reality. An essential decision is to return to the vision of two states for two people, to strengthen the pragmatic forces and weaken the extremists and end the terror.

Hamas is a radical Islamic terror organization that is fighting not to establish a Palestinian state but against the existence of Jewish “infidels” living in Israel.

In 2006 the so-called Quartet — the United States, the United Nations, the European Union and Russia — set forward parameters for Hamas that included acceptance of previous peace agreements between Israel and the Palestinians, commitment to nonviolence and recognition of Israel. Hamas refused.

These parameters were published after Israel withdrew from the Gaza Strip, uprooted the settlements and pulled out its military forces, and Hamas won the Palestinian elections. Had Hamas adopted these principles, the lives of the residents of the Gaza Strip might today look different, and Gaza could flourish. But for Hamas, ending the conflict is something to which it will never agree.

Without accepting these conditions, there’s no hope for peace with Hamas, therefore we cannot, and should not, give it legitimacy.

When one looks at any conflict from afar, it is only natural to identify with the weaker side. But there is no doubt, as President Biden rightfully expressed, that a country has the right to defend itself. In this case, we must defend ourselves against terror by a group that does not accept our very existence. Criticizing any government policy is legitimate (I myself was a political opponent of Prime Minister Benjamin Netanyahu), but denying the right of a country to defend its citizens is not.

We must cooperate and support everything that strengthens pragmatism and weakens extremists. This seems so obvious as to appear basic. And yet the U.S.-Israeli policy in the past few years was completely the opposite. The Trump administration supported efforts of the Israeli government to move toward annexation of land. Had all those efforts come to pass, we would have reached the point of no return. The land would no longer be divisible, and the political future of two states would have been closed to us forever. Further, this policy weakened and delegitimized the Palestinian Authority and included cutting off financial support.

Indeed, the check on rampant expansion came from what would once have been a fantastical source: The Gulf states’ condition for normalization with Israel, through the Abraham Accords, was that Israel take annexation off the table. With Mr. Biden’s inauguration in January, the vision of a two-state solution supported by the United States has made a comeback. The statements of Mr. Biden and his secretary of state, Antony Blinken, send a message of hope to the pragmatic forces in the region.

The problem is that reaching two states has also never seemed farther away. That’s not for lack of effort, though the attempts to reach the finish line have always fallen short, including most recently in 2014, when the United States proposed parameters for negotiation in accordance with two states for two peoples.

This last missed opportunity and other political trends in Israel and the Palestinian Authority may lead to an understanding that it is a dream that is impossible to fulfill, and frankly if I had another idea how to end the conflict, I would have adopted it. The violence of the past two weeks with Hamas and within Israel gave all of us a taste of what one state between the river and the sea, with a violent domestic religious and national conflict, would look like. The two-state solution thus seems as important as ever.

Even if peace is not around the corner, the point of no return is closer than ever before. We must not go there. The most important thing for now is to keep the road open. We must create a policy among the United States, regional countries and, of course, Israel and the Palestinian Authority.

After recharging our joint GPS with the two states as a destination, we need to support that goal with concrete steps, avoiding — and preventing — everything that puts obstacles on this road.

We can start by recognizing that supporting only one narrative and denying the other will lead us nowhere and will strengthen extremism on both sides. The solution must reflect both sides’ legitimate rights, aspirations and interests, with compromises that allow us both to fulfill our legitimate national aspirations and live side-by-side in peace and security.

An agreement will be possible when pragmatic leaders on both sides understand that the price of not having an agreement for their people is far higher than the price of compromise.

Tzipi Livni is a former Israeli vice prime minister, minister of foreign affairs and justice minister. She was the chief negotiator in the last two rounds of the Israeli-Palestinian peace process.