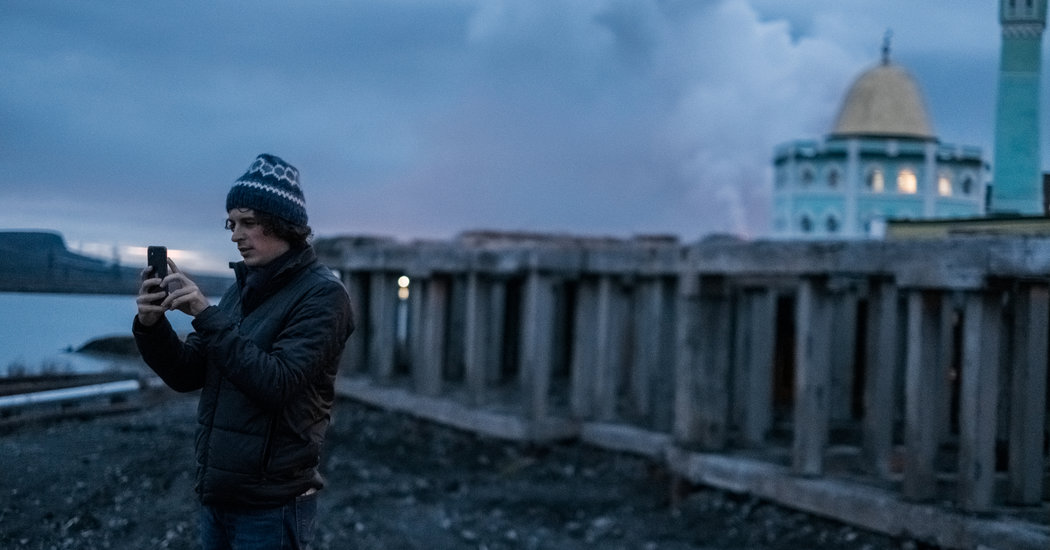 Times Insider explains who we are and what we do, and delivers behind-the-scenes insights into how our journalism comes together.

As a Moscow correspondent, Anton Troianovski aims to help readers understand Russia and its place in the world. Part of that job entails reporting on President Vladimir V. Putin’s dealings with other countries. But another part involves revealing to readers Russian life far removed from global politics.

That’s what led him to travel recently across the country to Yar-Sale, just within the Arctic Circle, to report on stroganina, a Siberian delicacy: fish or reindeer meat frozen, sliced thin and served raw.

Nearly six months after joining The Times, Mr. Troianovski, who was born in Moscow and grew up in Germany and Missouri, talked about his job — and how stroganina fits into it. These are edited excerpts from the conversation.

How do you relate a unique custom like stroganina to a primarily American audience?

I remember first trying it on a trip last year to Siberia and thinking, “Wow, how is this not a super hip dish in Brooklyn?” People all over the world love sushi, and many Times readers love raw fish. Who knew you could take it, freeze it, and it becomes a totally different delicacy? When I first tried it, I immediately thought, “I have to write about this someday.”

Was there anything from your reporting you wanted to include but couldn’t find room for?

In the dispatch I mention that people in that region are frustrated by pollution caused by the oil and gas industry that’s becoming more active in the Russian Arctic. On the other side you have the fact that this oil and gas exploration brings untold sums of money to these regions. That was striking, seeing how high the quality of life was in these towns. That economic aspect is something we typically put in the forefront of stories, but I wanted to put the cultural and personal stories in the forefront here.

When I started this job I asked one of our editors, “What kind of stories do you want?” And the response was: Tell us how people live in Russia. We write about Putin, politics, and will continue to, but we also want to tell stories of people. The food people eat is a core component of the human existence.

Does climate change have greater implications for stroganina?

That’s another theory I had when reporting this that I didn’t end up including. The colder it is, the faster the fish or meat freezes and the better the flavor. At the end of the day, people notice climate change, but no one said it affected stroganina. But there is the thawing of the permafrost that endangers the infrastructure. There are places that have found themselves cut off from the mainland for much longer than usual because the ice isn’t hardening fast enough.

Are there other moments that stand out from your first six months on the job?

I had just arrived in Russia to start this job with The Times. There was this Siberian shaman who was walking across the country to exorcise Putin from the Kremlin. It was odd, but a big story. He quickly rose to national fame. It was a good glimpse into the nature of discontent about the government. But then he was arrested, so I got on a plane with a photographer to Yakutsk, where he was forced to stay temporarily. It was really quite a memorable interview.

We continued our reporting in Ulan-Ude and went on from there to do a story in the Arctic city of Norilsk. They had just gotten high-speed internet access. The best way to get there, with a stop in the city of Krasnoyarsk, was via the Trans-Siberian Railway, so we took it for 26 hours. The trip was such a fascinating glimpse of the changes and dynamics across these far-flung parts of Russia.

It seems like those changes are trickling down in other parts of the world.

They are, and trickling down to the rest of Russia. The past couple of years there’s been the critical shift of high-speed internet and 4G cell service expansion. The internet in Russia isn’t really censored, but television is completely controlled by the Kremlin. Because Russians now increasingly get their news online, discontent in Siberian regions has suddenly become way more relevant and impactful.

That shaman was a perfect case in point: Five years ago, there’s no way a man thousands of miles from Moscow could become a national figure so quickly. That’s why it’s so important to really try to understand what’s happening in these regions and across these 11 time zones.

Follow the @ReaderCenter on Twitter for more coverage highlighting your perspectives and experiences and for insight into how we work.