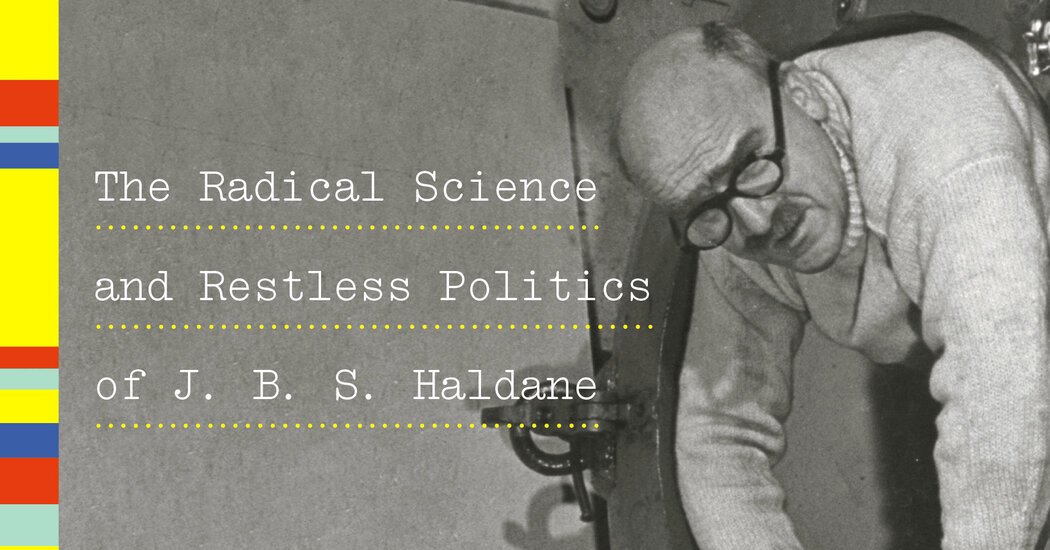 In his home country of England, the biologist J. B. S. Haldane was a scientific celebrity as famous as Einstein. In addition to his brilliant and omnivorous intellect, he lived a life of epic suffering, much of it self-inflicted. Samanth Subramanian visits the podcast this week to talk about “A Dominant Character,” his new biography of Haldane. He discusses, among many other things, the way in which Haldane helped to square the pioneering work in genetics done by Mendel with Darwin’s work on natural selection.

“For a long time, there was a lot of difficulty in figuring out what natural selection had to do with these genetic units that Mendel seemed to have discovered,” Subramanian says. “Haldane and a couple of other people were instrumental in yoking these two strands of biology and genetics together to really revive Darwinism, which in the early 20th century was pretty much on its death bed, because nobody could explain how it worked.”

Patrik Svensson visits the podcast to discuss his international best seller, “The Book of Eels.” In addition to wanting to tell the fascinating scientific history of the eel, Svensson was driven to write the book for deeply personal reasons.

“I grew up fishing for eels with my father down by a small stream here in Sweden, late summer nights, just me and him,” he says. “Those nights together with my father and the eels are very important, kind of magical memories for me.”

Here are the books discussed by the critics on this week’s episode: