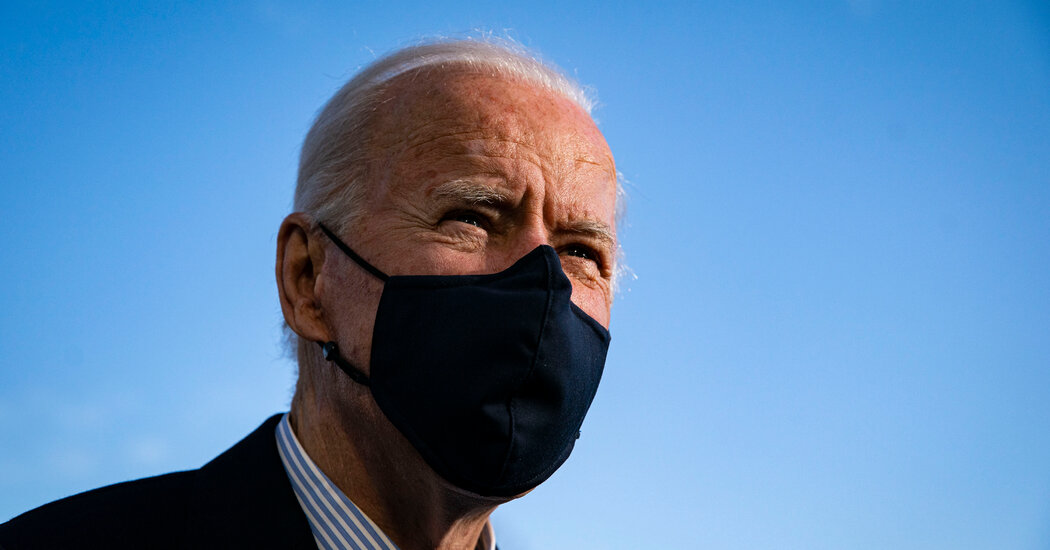 It seemed like everything was calming down, until it wasn’t.

Bret Stephens: Gail, before anything else, I know we are both as one in our sense of heartbreak and horror at the massacre in Georgia. And while it’s not yet entirely clear what exactly motivated this depraved perpetrator, it has sparked an overdue recognition of anti-Asian hate crimes.

Gail Collins: Absolutely, Bret. As well as a wrenching regret that this is still a country where, in many places, anybody can walk down to the corner gun shop on a whim and buy a rapid-fire weapon that can kill multiple people in a matter of minutes.

Bret: Agree there, too. And a third thing we both agree on is that it’s good to once again have a consoler-in-chief in the White House, not to mention someone who doesn’t stoke racial divisions, like a certain former president I could mention. I don’t mean Millard Fillmore, either.

Gail Collins: Bret, I’ve never been a big defender of Millard Fillmore but I do think you’re mostly prejudiced against his name. If he’d been christened, say, Joshua Fillmore, he’d have been just as bad a president, but less memorable.

Bret: Little-known fact: After his presidency ended in 1853, Fillmore, who had been a Whig, was the anti-immigrant Know Nothing party’s presidential nominee in 1856, and actually won Maryland’s eight Electoral College votes that year. Lesser-known fact: Fillmore was out of the country at the time of the nomination and, given the state of communications back then, supposedly knew nothing about it. So he was a know nothing Know Nothing. Sorry, go on.

Gail: I wonder if there’ll be more or less people naming their children Donald in the future.

Gail: To get back to your point, it is sort of amazing how much Joe Biden has turned out to be the perfect president for the moment. But I have a vague memory that you’re not a fan of his actual domestic agenda.

Bret: Someone once pointed out to me that the American presidency combines the ceremonial role of head of state and the political role of head of government — unlike, say, in Britain, where the Queen is the former and the prime minister is the latter. I’m liking Joe a lot as head of state. He relates to human suffering. He shares the limelight. He speaks softly. And he isn’t using social media to pound himself into my head space like a construction-site jackhammer at 7 in the morning.

And, if you are a progressive, he’s getting a whole lot done. Trouble for me is, I’m not a progressive, which brings me to my objections to him as head of government.

Gail: Well, that’s sort of why we converse, although I really do enjoy the historical forays, too.

Obviously, I’m a fan of Biden’s plan. The big infusion of money to jump-start the economy and support the antivirus program has such widespread national support. Is that your big problem? Or the aid to states and localities? Help for victims of domestic abuse? I know I’m trying to tilt the argument here …

Bret: Gail, did you ever see the 1980s remake of “Brewster’s Millions?” Richard Pryor plays a minor-league baseball player who learns that he stands to inherit $300 million, provided he can spend $30 million in 30 days, and not just by giving it away or buying fancy assets. Turns out, it’s not so easy to do.

Gail: Bret, I always thought of myself as pretty well-versed in pop culture but every week you have a TV show or old movie that I’ve never met. I am, as always, in awe.

Bret: That’s only because I don’t read books, Gail.

Gail: But I have a feeling you believe Brewster has a moral …

Bret: I do! Congress passed a $900 billion stimulus in December. Does anyone even remember that anymore or really know how the money was spent? Now we have another $1.9 trillion in stimulus, meaning Biden has to spend several billion dollars a day for the rest of the year, and that’s on top of the normal federal budget. Even the $1,400 stimulus checks he’s sending out to most families in the country only gets him to about $400 billion. This might make sense if we had to face another year’s worth of a pandemic. But, assuming the vaccines work, we’re spending into an economic boom, which means it’s totally unnecessary, hugely wasteful and probably inflationary.

I know Democrats think this is a big political winner for them, since nobody ever says no to free money. But that’s a subject we should revisit in about a year, when the cost of living shoots up and people start realizing that free money ultimately means increasingly worthless money.

Gail: Well, I don’t have a good movie reference to use as a comeback, although I could make one up — remember the comedy when Tom Hanks had to spend $200,000 a day without letting anybody in the family know he had any money?

Bret: I seem to remember that Hanks was in a film called “The Money Pit,” which is about an epic fixer-upper of a house. But maybe it really was an allegory about the federal budget.

Gail: You always win, pop-culture-wise. I loved that movie. But about inflation — the Fed can take care of pressing problems and a wholesome tax hike on the rich would help balance the budget.

Bret: Where’s Paul Volcker when you need him?

Gail: Just saying that the people in Washington who beat their chests about red ink are Republicans who keep cutting taxes on people who can well afford to pay.

Bret: Gail, we will be in agreement unto eternity about the fiscal hypocrisy of the G.O.P. But let’s switch tack to another kind of hypocrisy. It looks to me like Andrew Cuomo is going to brazen it out as governor, despite yet another woman coming forward with allegations of improper behavior. Something tells me that if he succeeds, the #MeToo movement will basically be dead. Your thoughts?

Gail: Nonononono. You can’t call a movement dead when it’s transformed the American workplace. Before #MeToo, male supervisors often felt they had the right to put the moves on the women whose careers they basically controlled. Some imagined their co-workers were eager to be kissed on a cab ride home from an office party. Flattered to be propositioned. Amused to be swatted on the rear-end when they walked to the copy machine.

Bret: Agree completely, and all of it is obviously wrong. What I mean is the politics of it. If this had happened to Cuomo at the time the Harvey Weinstein scandal broke, I don’t think the governor would have survived it. Now it seems he will.

Gail: Andrew Cuomo’s career is over. I’m sorry he didn’t resign, but he’s done. If he ever tries to run for something again, he’ll go through a hellfire of humiliation, followed by defeat.

Feel free to remind me of this in the future.

Bret: As you know, I disliked Cuomo from forever, and none of the revelations surprise me. But even now I wouldn’t entirely rule out a fourth Cuomo term. The lesson of recent politics seems to be that scandals rarely break a politician, and voters often admire shameless pols who never apologize or back down.

Gail: Well, I have long contended that people vote for the person they think will accomplish what they want done, never mind the morals. Thomas Jefferson, Andrew Jackson, Grover Cleveland all got elected despite scandals in their private lives. Cuomo openly lived with Sandra Lee, a celebrity chef, for most of the time he was governor. But grabbing powerless women in your administration is going too far.

Bret: I truly hope so, too. Maybe I’m still traumatized by a certain former president I mentioned earlier who also just bulldozed his way through ignominy. Post-Trump Stress Disorder should be a diagnosed medical condition; I wonder if those of us who suffer from it might be entitled to some relief in that giant stimulus package we were arguing about.

Gail: Hee-Hee. A Still-Traumatized Conservatives Rescue Program? Let’s see if Congress can come up with anything that interesting.