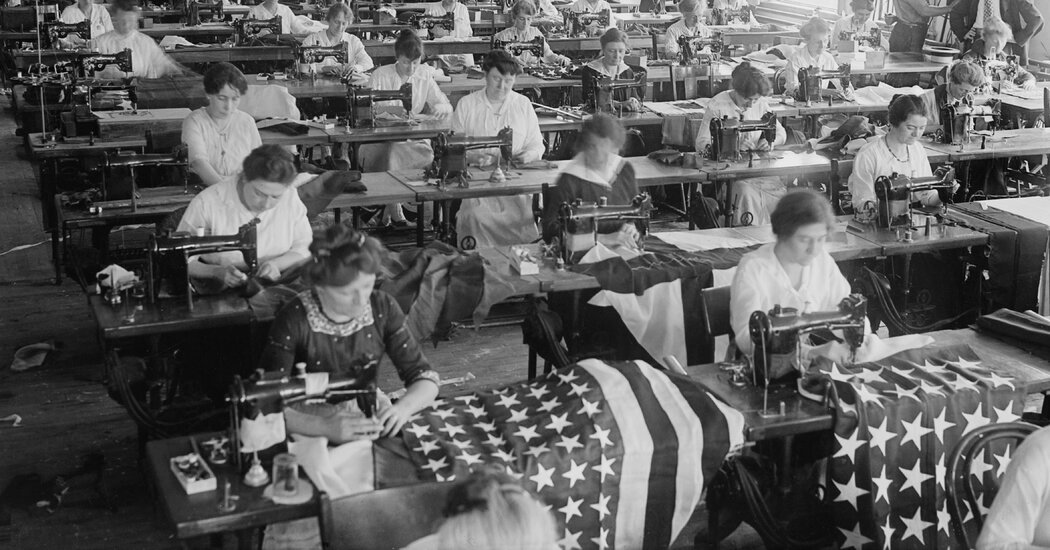 The idea of a living wage is an old dream, with origins in the work of thinkers as ideologically diverse as Adam Smith, St. Thomas Aquinas and Karl Marx. While its exact meaning is often left conveniently vague, Theodore Roosevelt offered a basic definition in a 1912 speech: A living wage should let workers “secure the elements of a normal standard of living,” including education, recreation, child care, a cushion for periods of sickness and savings for old age.

Roosevelt was making a moral claim, not just an economic one. He saw paying workers enough to meet these basic standards as a matter of justice.

More than a century later, millions of working Americans are still paid too little to afford the modest elements in Roosevelt’s vision. Such low wages are not inevitable; they reflect political and moral choices about what defines a “normal standard of living,” and who deserves to enjoy one.

Defining a meaningful living wage is a two-part challenge. There’s the moral imperative of framing a generous definition of “living,” and the empirical question of how much it costs in a country as wildly diverse and stratified as the United States. A handful of “living wage calculators” attempt to solve both problems; by far, the most widely cited is maintained by the M.I.T. economic geographer Amy Glasmeier.

Her calculator generates a “living wage” based on the number of children and working adults in a household, as well as the cost of housing, child care, transportation, out-of-pocket health care costs, food and other typical expenses (such as cleaning products) representative of conditions in their communities. She told me recently that roughly 100,000 people visit her living wage calculator every month and that she receives regular questions from many employers large and small who use the tool to set wages.

She also receives dozens of frustrated emails each month from people across America saying they can’t afford to live on her estimate of a living wage. As Dr. Glasmeier readily acknowledges, her tool includes no provision for eating in a restaurant, buying gifts for loved ones, repaying school or credit card debt, saving for retirement or unexpected expenses or taking a vacation, however brief.

Dr. Glasmeier, to her credit, recently made some changes to her calculator. She added the cost of cellphone and broadband service, gathered more granular county data on child care costs and introduced a “civic engagement” category to support recreation, pets, museums, movies and reading material. Those may seem like minor tweaks, but they’re important progress, however partial.

Not paying people enough to live implies indifference to whether they continue to live, undermining basic standards of decency and further eroding the foundations of a functional democracy. With many companies now inching toward more humane compensation, the question of how to define a living wage deserves broader public discussion.

For much of American history, people understood that morality was profoundly relevant to wage-setting. The idea for a living wage was pioneered by religious thinkers like John Ryan, a priest whose 1906 book, “A Living Wage: Its Ethical and Economic Aspects,” argued it should enable not only the absolutely essential but also “the conditions of wider and fuller life.” Other Progressive figures like Roosevelt and the labor leader Samuel Gompers also embraced this argument, and workers themselves lobbied for the creation of the Bureau of Labor Statistics so that they would have accurate data on wages to inform their campaigns.

Around the same time, however, followers of a very different tradition were claiming that morality had no relevance to the question of wages. In 1926, one scholar called a “just” wage “a contradiction in terms.” By the 1980s, many economists had fully embraced this view, and a philosopher claimed the competitive market was a “morally free zone.”

But to exclude moral considerations from markets is itself a moral choice, even if the calculus is not always simple. Some employers with razor-thin margins might be unable to pay a living wage, and even Ryan argued that such businesses should not be obligated to do so during a rough patch. In the long run, however, Ryan held that part of being a successful business was paying a living wage. Those that did not should eventually go out of business.

And while it is a common refrain that a living wage would force employers to hire fewer workers and thus destroy jobs, there are persuasive empirical and philosophical responses to this objection. The stagnation of real wages for American workers does not reflect their low productivity so much as the increasing concentration of wealth within companies. In 1965, the average top chief executive made 21 times as much as a typical worker in America. In 2020, the ratio was 351 to 1.

For those who want to pay a living wage, Dr. Glasmeier’s tool is a good start. Even with its omissions, the calculator still generates figures for most locations that are far above the federal minimum wage of $7.25. For a single parent of one child in Kansas City, Mo., for instance, its living wage estimate is $30.02. In Santa Clara County, Calif., the heart of Silicon Valley, it’s $52.12.

These figures show the inadequacy of a campaign for a $15 minimum wage; in many areas, a more realistic goal would be a $50 minimum wage. And even these numbers likely understate the true cost of living. Phones get dropped, cars get parking tickets, Covid scares require a series of tests, and emergencies mean missed shifts at work or finding a last-minute babysitter: These sorts of costs add up.

Reasonable people can disagree about what sort of life a living wage should make possible. But if it feels wrong that the person who cares for your children or delivers your packages is not paid enough to go out to dinner once a month, save anything for retirement or take a vacation, then the definition of a living wage must include more than Dr. Glasmeier’s current categories. Companies that enjoy the reputational benefits of paying a living wage must also confront the meager subsistence that Dr. Glasmeier’s influential definition actually enables.

While her efforts to create an empirically defensible, geographically precise and broadly used living wage calculator are admirable, the concentration of so much influence in her hands is also unsettling. If Dr. Glasmeier had decided not to include a category for civic engagement in 2021, for instance, would this make it acceptable for the children of working Americans never to join a sports team, go to the movies or attend a summer camp? Conversely, how might recent history have changed if she had made her definition more generous long before the 2016 election and major employers had followed her advice?

It’s encouraging when an economist makes a good moral choice — but there’s nothing specific to economists’ training that equips them to answer the question of whether working Americans deserve to be able to afford to go bowling, buy books or pay for broadband. The Harvard philosopher Michael Sandel has eloquently criticized the growing role of economists as policy advisers, arguing that we too often abandon to technocrats the power to decide questions such as, “What makes for the dignity of work? What do we owe one another as citizens?”

While a living wage calculator is a useful spur to our political imagination, the line between “living” and merely subsisting is something that a democratic society must publicly debate and ultimately embody in lasting policies.

Gompers argued in 1898 that a living wage should be “sufficient to maintain an average-sized family in a manner consistent with whatever the contemporary local civilization recognizes as indispensable to physical and mental health or as required by the rational self-respect of human beings.” For anyone less than pleased with the direction that America’s “contemporary local civilization” is trending, it’s worth asking whether all of our fellow citizens have access to jobs that pay what “the rational self-respect of human beings” requires.

Nick Romeo (@Nickromeoauthor) is working on a book about the people and ideas defining a new paradigm in economics.