The Mob Made Me Do It: Rioters Claim Jan. 6 Crowd at Fault

At least a dozen people charged in the Jan. 6 riot have cited crowd psychology to explain their out-of-character behavior or have claimed they became trapped in the flow of the crowd and were carried against their will into the Capitol

By Michael Tarm and Jacques Billeaud •


Christopher Grider said he came to Washington on Jan. 6 with no intention of rioting. But he got caught up in the mob of angry supporters of then-President Donald Trump as they surged into the U.S. Capitol, breaking through police barriers and smashing through doors.

It wasn’t his fault, he said, that he ended up inside the building with a yellow “Don’t Tread on Me” flag around his neck as lawmakers ran for their lives.

Grider, 39, a winery owner and former school teacher in Texas is among at least a dozen Capitol riot defendants identified by The Associated Press who have claimed their presence in the building was a result of being “caught up” in the hysteria of the crowd or that they were pushed inside by sheer force. 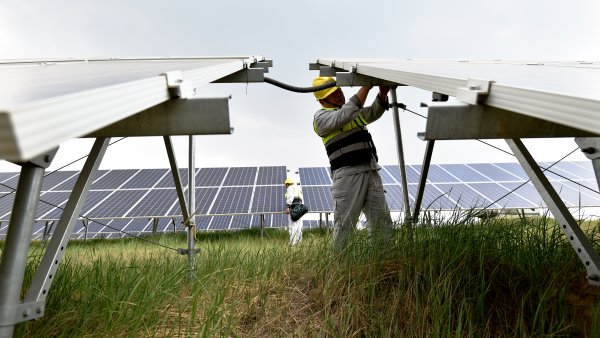 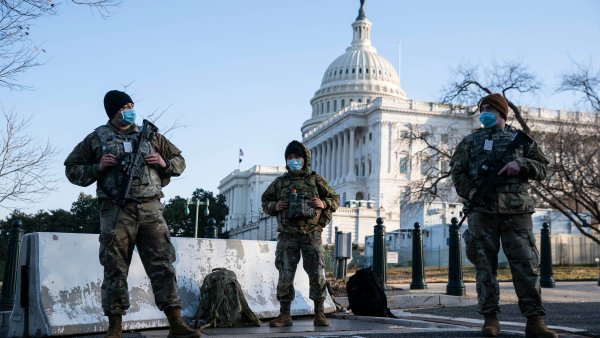 For some, blaming the mob is part of an attempt to restore reputations tarnished by their presence at an event of such infamy. Others may try to broach the issue at trial or at least during sentencing in bids for leniency.

Social scientists have long observed how individuals can act in ways they never would on their own when they are in crowds of like-minded people who are whipped into a frenzy.

The insurrectionists descended on the nation’s capital that day to disrupt the certification of Joe Biden’s presidential victory. Many attended a rally by Trump, who was refusing to concede even though there was no evidence to suggest the election had been rigged and his own administration said it wasn’t.

Hundreds of Trump supporters broke through police barricades and overwhelmed officers, violently shoving their way into the building to chants of “Hang Mike Pence” and “Stop the Steal.” Some came prepared with pepper spray, baseball bats and other weapons. More than 400 people have been charged; it’s the largest prosecution in the Justice Department’s history.

Grider, accused of helping to break a glass door to the House chamber, never planned to storm the building, his lawyer has said in filings and comments to reporters after Grider, was charged with violent entry and disorderly conduct on Capitol grounds.

“He would never have anticipated finding himself in the situation, but for the president and the rally and the way everything went down,” Brent Mayr told the Houston Chronicle. “We’ve heard ‘mob mentality’ — and he describes it to a T.” Mayr more recently declined to comment further.

Judges typically don’t let defendants assert at trial that outside influences, be it drugs or peer pressure, made them act as they did. Most judges would reject efforts by rioters’ lawyers to use any iteration of a blame-the-crowd defense, legal experts say.

“Even though I’m a criminal defense attorney, it sounds like a desperation move,” said Miami lawyer Joel Hirschhorn, insisting that would-be rioters who traveled long distances to Washington had to understand what they might be getting into. “It’s sort of like, ‘The devil made me do it.’ Come on.”

But there’s some precedent for a version of the argument succeeding at trial.

Lawyers at the California trial of two African American men charged with attempted murder in the beating of white truck driver Reginald Denny during Los Angeles riots in 1992 were allowed to call psychiatry professor Armando Morales to testify that a pervasive mob mentality meant the men couldn’t have intended to harm anyone.

Denny was pulled out of his truck and severely beaten after four white Los Angeles officers were acquitted of most charges in the beating of Black motorist Rodney King.

Morales described to jurors how individuals can become infected by a mass hysteria when in angry throngs, losing their normal control and acting violently without actual intent to commit a crime.

“This can happen to the most upstanding individuals,” he said.

While prosecutors called rebuttal witnesses to challenge the professor’s contention that intent wasn’t possible during the riot, jurors acquitted the two men of attempted murder, convicting them of lesser chargers.

Many in law enforcement criticized the verdicts at the time, saying they sent the wrong message that participation in crowd violence made someone less culpable than if they had acted alone.

In federal court such arguments are usually allowed only during sentencing, but defendants are already laying groundwork.

One rioter told investigators that walking up the Capitol steps was like “a funnel.” A second claimed he couldn’t pull back from the crowd, even though the FBI said video showed the man made no attempt to turn around.

One defendant, Kevin James Lyons of Chicago, is accused of going into House Speaker Nancy Pelosi’s office during the riot and posting a photo on social media of a plaque bearing Pelosi’s name. A caption with the photo read, “WHOS HOUSE?!?!? OUR HOUSE??”

Authorities say Lyons claimed he planned to attend only the Trump rally, where he heard flash-bang devices going off in the distance and saw people walking toward him with red faces. They say Lyons, nevertheless, soon headed to the Capitol himself and wound up inside.

“Lyons claimed that there was very little he could do to escape the crowd because he weighed 140 pounds,” the FBI said.

James “Les” Little of Claremont, North Carolina, told the FBI that he had no intention of entering the building when he went to the Capitol but became overwhelmed by the moment. Once inside, he said he fist-bumped others, walked around the Senate chamber and took photos of himself.

During an interview with investigators, he also said he was caught up in the moment when sending a text to someone about taking over the Capitol. Little’s attorney, Peter Adolf, didn’t return a call seeking comment.

Debra Lieberman, a psychology professor at the University of Miami, said people in large crowds make calculations on the costs and benefits of their actions, and with so many others around, they believe they can get away with it.

Those who went through barricades at the bottom of Capitol Hill had to have made an explicit decision to participate and can’t contend they were just swept up by the crowd, she said.

Saying you were “being swept up is pushing the blame and culpability aside,” Lieberman said. “It’s a sneaky strategy.”

When U.S. District Judge Ketanji Brown Jackson ruled in February that she would release Grider on bond pending trial, she didn’t speak directly to whether crowd dynamics might be relevant to his case. His legal team hasn’t said it will attempt to make that a feature of a trial defense.

But Jackson showed no sympathy for claims that Grider was more of a bystander than anything else that day.

Jackson noted Grider can be seen at the front of a crowd that rushed toward House chamber doors. While he didn’t smash the door windows, he stood by while others did and did not retreat, she said. One rioter was fatally shot by police as she tried to climb through one of the shattered windows.

“Make no mistake, Mr. Grider, you did participate,” the judge said, addressing him directly. “You did have a role in one of the most egregious assaults on our democracy in the history of this country.”

___ Tarm reported from Chicago and Billeaud from Phoenix.