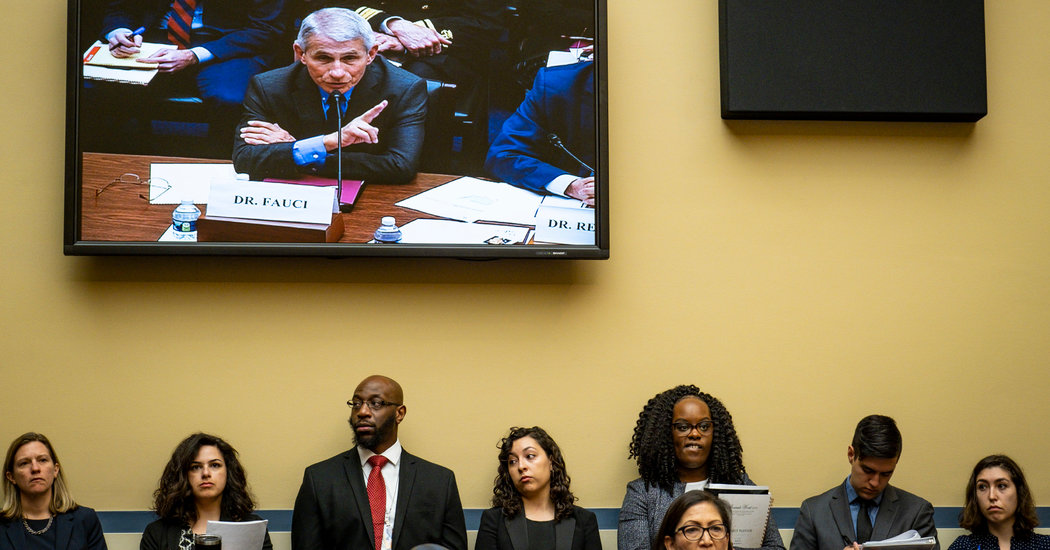 I have worked in politics for over 30 years. For most of those years, there have rarely been black or brown faces at the top level of most campaigns I’ve worked on. I am often the lone voice telling a room full of campaign professionals what it’s like to be pulled over by the police when you’re a brown man.

People of color make up less than 1 percent of political consultants. The real decision makers in campaigns are too often a small group of white male consultants and senior advisers, who then go on to be informal advisers to elected officials after the campaign is over.

The problem is not restricted to campaigns. A lack of diversity is glaringly apparent in the halls of Congress. In the most racially diverse House in history, just over 20 percent of the congressional staff is of color.

And yet we expect politicians and candidates to be on the right side criminal justice reform, policing, cash bail and ex-felon voting restoration. You see the problem here?

The lack of diversity among our elected officials and the top aides who help them win office impairs their ability to understand the diverse perspectives in their districts. If we are more intentional about the way that we ensure diversity in political campaigns, public offices and the rooms where decisions are made, it will transform the way that political leaders show up during moments of crisis. It is also how we can effect change that is inclusive and meaningful.

Campaigns and legislative offices have been built around the racist infrastructure that was created centuries ago when only an elite group of white, male, Protestant landowners had access to power. It’s reflected in the challenges to breaking through the hiring hierarchy if you’re a person of color or poor.

The entry point for most of these jobs is at the intern or staff assistant level, jobs that are either unpaid or don’t pay a living wage. For young people of color who graduate from college with large debts, this rigged system keeps them out of opportunity after opportunity.

In most campaigns, Latino and black staff members are often relegated to minor positions and never given any power over budgets, strategy, staffing or hiring. They are merely assigned to talk to other black or brown people.

I never went to college, and I have a criminal record. I also founded one of the largest Latino-owned and -operated political consulting firms in the nation. Most recently, I served as a senior adviser to Senator Bernie Sanders’s 2020 presidential campaign. Senator Sanders gave me a say over budgets, hiring and many aspects of the operation. At our headquarters, interns were paid $20 an hour with full medical benefits.

The campaign ensured pay equity across all departments regardless of race or gender. Latinos were integrated into every aspect of the campaign. They intimately understood that Latinos in California do not have the same problems and concerns as Latinos in Iowa or Nevada, and we adjusted our outreach accordingly — a first in the history of presidential campaigns and a prime example of empowering people of color intentionally. As a result, Senator Sanders won Iowa’s four Spanish-language satellite caucuses and over 70 percent of the Latino vote in Nevada’s primary.

It’s a case study in diversity, equity and inclusion, sure; but it’s also about what happens when you put people of color in leadership positions and empower them. It went beyond just giving me a seat at the table — we were all part of the conversation and often leaders of the meetings. But this type of change is not happening in enough rooms where political decisions are being made.

Reforming the criminal justice system and our government as a whole has to happen through public policy at the local and federal levels. We can change the power dynamics in our political system, but to do that we must first address the role race plays in that system and in public policy.

When I advise campaigns, I’m looking through a lens of cultural understanding and life experience that is undeniably necessary. It’s a perspective that’s often lost when the room is accessible only to people with a certain pedigree and connections. Having a seat at the table is good, but we need to be able set the agenda, too.

Chuck Rocha (@ChuckRocha) is the founder and president of Solidarity Strategies and a former senior adviser to Senator Bernie Sanders.