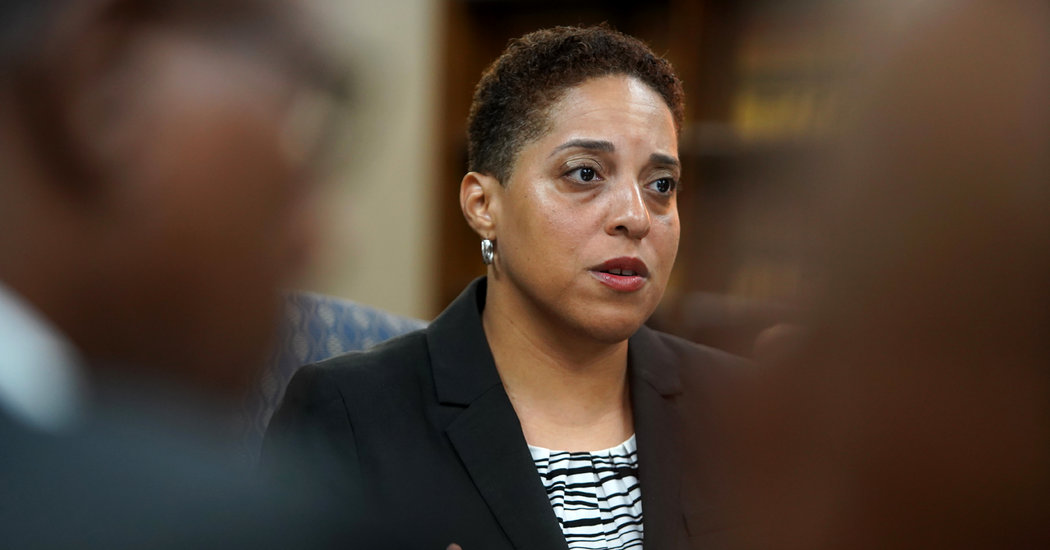 Over the past several years as police violence has become more visible, one of the key goals of people fighting for change has been to shift how the public views prosecutors and how prosecutors do their jobs.

But the district attorneys elected to carry out progressive policies over the last five years have been met with resistance from police departments and unions, as well as from judges, lawmakers and even some corporations. They have used their power to prevent these prosecutors from doing their jobs.

While the pushback may seem rooted in the local realities of politics and crime, the national pattern is clear: Conservative media outlets, interest groups and politicians are all playing their part to stymie reforms.

Philadelphia’s public defenders and its district attorney, Larry Krasner, asked the local courts in March to reduce jail populations to stem the spread of the coronavirus. What did the judges do? They dragged their feet as the infection rate soared in the city’s jails and then blamed Mr. Krasner for the delay. The judges eventually released a small fraction of the jail population.

The chief prosecutor in St. Louis, Kimberly Gardner, has made a host of changes — expanding diversion programs, dropping low-level drug cases and refusing cases that rely on untrustworthy police officers, among others.

But after what The Times described as pushback “in a manner that is virtually unheard-of for an elected prosecutor,” now Ms. Gardner is suing her own city, citing “a racially motivated conspiracy to deny the civil rights of racial minorities” by making it harder for her to make the reforms she was elected to make. Her lawsuit is supported by an organization that represents police officers, a majority of whom are black, along with civil rights law firms and many other progressive prosecutors.

If a progressive prosecutor is a black woman like Ms. Gardner, the ploys used by conservatives are shamelessly vicious. Still, no matter how loudly or often police union leaders, and their political allies stoke fear about an impending crime apocalypse if prosecutors carry out reforms, it never comes to pass. In Chicago for example, since Kim Foxx took office in late 2016, there has been a decline in prison sentences along with a decrease in overall crime.

But last year, along with white nationalist organizations, the Fraternal Order of Police staged a protest at her office in which police officers rubbed photos of her over their genitals and crudely heckled her. The police group also organized white police chiefs from the suburbs to denounce Ms. Foxx at a news conference. At the same time, supporters of the police forced a member of her staff to go on leave by harassing her with phone calls, berating her as an “N-word whore.”

Local officials have tried to stall progressive policies by trying to yank financing from prosecutors’ offices, in the case of Larry Krasner in Philadelphia and Wesley Bell, Ms. Gardner’s counterpart in St. Louis County. Governors, state attorneys general and state legislators have tried to hobble prosecutors by limiting their cases, blocking retrials, stripping them of authority, pressuring the media to criticize them or pushing for extraordinary and paralyzing levels of oversight.

Rachael Rollins in Boston is a perfect example of how a focused opposition campaign can undermine reform by focusing on undermining the reformer.

Before she took office, a police organization filed an ethical complaint against her for pledging to handle certain low-level crimes less harshly and more in line with national trends, which the association claimed essentially violated rules of professional conduct for lawyers. Given the frivolous nature of the complaint, the state agency in charge of disciplining lawyers never opened an investigation.

She has even been undermined by judges. For example, a local judge challenged her discretion to dismiss disorderly conduct charges against a protester, the kind of discretion which district attorneys have exercised for more than a century. Ms. Rollins filed an emergency petition with the Massachusetts Supreme Judicial Court, which ruled in her favor.

What motivates this resistance? In some cases, judges do not want their legacy questioned, the police do not want their overtime reduced and towns dependent on a prison economy do not want mass incarceration to end. Just as much, police unions do not want someone highlighting their efforts to pressure a city to treat domestic violence cases involving officers with more lenience. Or to expose how often officers fired for misconduct will often wind up back on the job as a result of a rigged arbitration system their union helped establish, which is what Larry Krasner has done.

In many cases, however, the struggle is clearly political, not only in terms of corporate political contributions or police and corrections union patronage, but also in terms of racial politics and struggles over who deserves power. Police associations, in particular, take the position that prosecutors should serve the police, rather than both prosecutors and the police serving justice.

Whatever the reason for such reprehensible attacks on reform and reformers, it is not about public safety. The likely cumulative effect of this harassment of progressive prosecutors will be to impede the most important reforms and push these prosecutors out of office. That happened to Aramis Ayala, Florida’s first black state attorney, who declined to run for another term.

All this should be a spur for those who care about reform to vote for progressive prosecutors, sheriffs and judges in November.

Despite the video evidence, we might not have seen charges made against all of the Minneapolis police officers involved in the killing of George Floyd if voters hadn’t elected Keith Ellison, a progressive attorney general. These elections matter. Prosecutors across the country should protect the freedom of the people they are sworn to serve, not the racism of the police or anyone else standing in the way of reform.

And we must be just as active in exposing the attacks against these reformers — and against the agenda to protect black people — once they get into office. The fate of systemic criminal justice reform, and black lives, hang in the balance.

Rashad Robinson (@rashadrobinson) is the president of the online racial justice organization Color of Change.