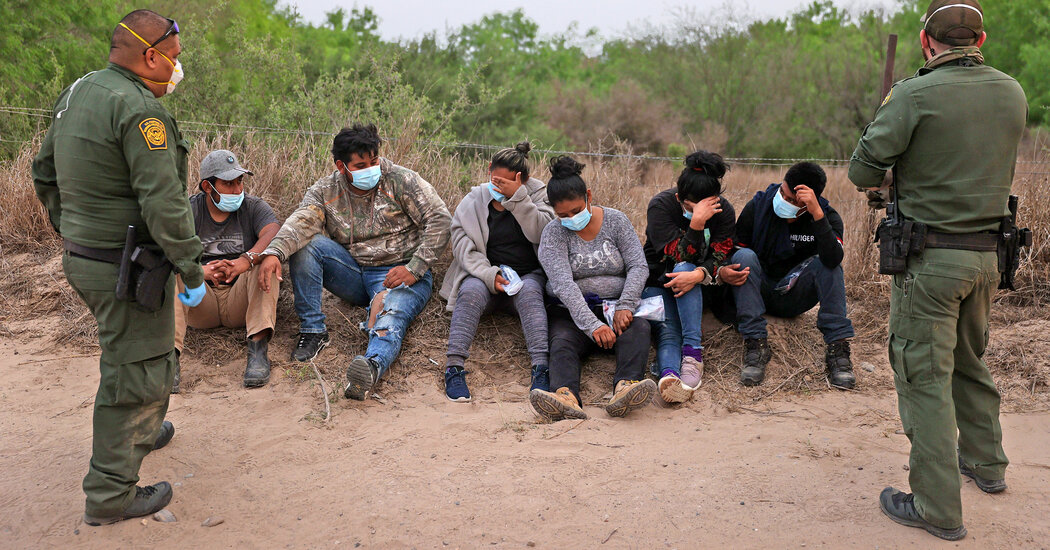 The U.S. immigration system doesn’t reflect its own needs or those of its southern neighbors.

MIAMI — The U.S.-Mexico border is a “bleeding scar.” That is how Mexican author Carlos Fuentes described it in 1997. According to the Pew Research Center, 1.2 million immigrants, authorized and unauthorized, entered the United States that year. Back then, just like now, there was talk of an overwhelming crisis at the border.

In fact, the border has always been in crisis. The broad contours of the modern border were first established in 1848, with the end of the Mexican-American War. When I was in elementary school in Mexico City, I learned that the signing that year of the Treaty of Guadalupe Hidalgo put an end to the conflict and the American invasion, and that Mexico was forced to cede 55 percent of its territory to the United States with a compensation of $15 million. Back then, the reality is that a lot of people didn’t cross the border. The border crossed them.

Ever since then, the border has been a region defined by both conflict and extraordinary brotherhood. And for as long as I can remember there have been debates over the people who cross the border from the south and how many should be allowed to do so each year.

Beginning with Ronald Reagan in the 1980s, I’ve had the chance as a journalist to cover the immigration policies of every U.S. president. As we face today’s border crisis, the history of these policies must be reviewed in order to find a long-term solution — one that must involve accepting many more authorized immigrants. It’s clear that America’s immigration system is broken and outdated; it doesn’t reflect the new needs of the United States or its southern neighbors.

In 1986, Mr. Reagan, a Republican, granted “amnesty” to almost three million undocumented immigrants. Unfortunately, the president’s reform bill wasn’t a comprehensive solution and it failed to stem the flow of unauthorized immigrants.

By the time I interviewed President George W. Bush in Mexico in February 2001, soon after he had taken office, the number of undocumented immigrants had dramatically increased to about 7.8 million. Mr. Bush flirted with the idea of a “temporary worker program,” but the Sept. 11 terrorist attacks later that year put a halt to any push for immigration reform.

As the years passed, the number of undocumented immigrants kept growing — rising to 12.2 million in 2007. In 2009, a newly elected President Barack Obama missed a crucial opportunity to introduce an immigration reform bill at a time when the Democrats controlled both houses of Congress. Then came Donald Trump, one of the most racist and anti-immigrant presidents in American history.

Mr. Trump’s inhuman and repressive policies — and the emergency health measures put in place in 2020 to control the pandemic — reduced annual net immigration to its lowest levels since the 1980s.

But now, with a new president and new rules, the United States could return to the days when hundreds of thousands of immigrants entered the country illegally every year. In February alone, U.S. officials apprehended more than 100,400 migrants along the border. This is, perhaps, the new normal.

“The border is not open,” the U.S. secretary of homeland security, Alejandro Mayorkas, told me in an interview. “What we have discontinued,” Mr. Mayorkas promised, “is the cruelty of the previous administration.”

Well, apparently, in Central America, people only heard the bit about “cruelty” being over, which is why so many migrants are heading north toward the border. Tens of thousands of asylum seekers, mostly from Central America, have waited for over a year in Mexican border towns and they will not waste this opportunity.

It should come as no surprise that this is happening along a border that divides one of the richest and most powerful countries in the world from one of its most economically unequal regions. Latin America’s poor and vulnerable — struggling amid a pandemic, the devastation of climate change and the violence of their homelands — are moving north to a safer, more prosperous place. It’s that simple. And this will keep happening for a long time.

Due to the pandemic, Latin America has experienced its “worst social, economic and productive crisis” in 120 years, according to the Economic Commission for Latin America and the Caribbean. Two hurricanes — Eta and Iota — devastated Central America late last year. And gangs, corruption, violence, along with the repercussions of the environmental crisis and a shortage of Covid-19 vaccines, have forced many people to leave the region.

Mexico, in particular, has suffered greatly during the pandemic: More than 320,000 people have died from Covid-19, according to a recent government report, and Mexico’s economy declined 8.5 percent last year. To make matters worse, there is the terrible and intractable problem of drug-cartel violence. According to the head of the U.S. Northern Command, 30 percent to 35 percent of the country is under the control of “transnational criminal organizations.” This means that any migrants traveling north through Mexico are in immediate danger.

We must accept this unfortunate reality and create a system that can legally, efficiently and safely absorb more of these immigrants and refugees. They will keep coming; there is no other solution. All the other options — walls, detention facilities, family separation policies, forcing asylum seekers to wait in Mexico, expedited repatriations and mass deportations — have failed. The $4 billion investment in Central America that President Biden has promised is a good starting point for tackling the origins of migration in the region: poverty and a lack of opportunity. That project, however, will take years to yield results.

In the meantime, the United States should start accepting between one and a half and two million authorized immigrants every year.

Entry into the United States must be legalized and optimized, seeing that now it is a dangerous system that encourages human trafficking controlled by drug cartels and other organized crime networks. President Andrés Manuel López Obrador of Mexico has said that, according to his calculations, “The U.S. economy is going to need between 600,000 and 800,000 workers per year,” and that it would be good to reach an immigration agreement with the United States so that those essential people can enter the country legally instead of risking their lives trying to cross the border. He’s right.

The United States is a nation of immigrants, and, as Andrés Oppenheimer of The Miami Herald recently argued, it’s going to need a lot more migrants to support the nation’s beleaguered economy, replace its growing population of retired workers and make up for the country’s low birthrate. Our immigration system desperately needs to be updated to face these challenges.

Today, all along the U.S.-Mexico border, the aspirations of new immigrants are colliding with a country reluctant to revamp its way of welcoming and absorbing newcomers. The struggle is real, but we know how it has to end, with more legal immigration. As they say in Mexico, “No hay de otra” — There is no other way.

Jorge Ramos (@jorgeramosnews) is an anchor for the Univision network, a contributing opinion writer and the author of, most recently, “Stranger: The Challenge of a Latino Immigrant in the Trump Era.”