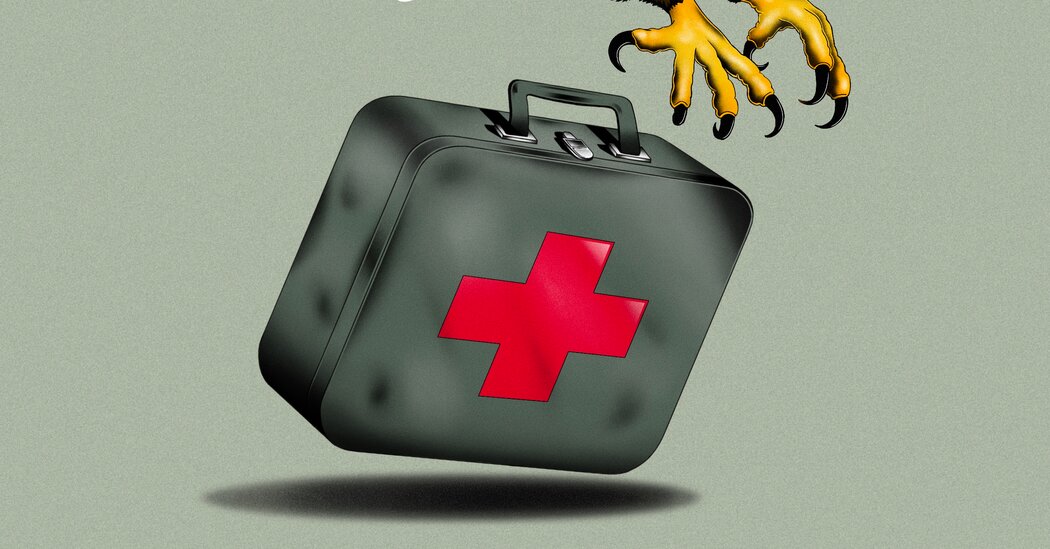 When schools shut down in March, Cedars-Sinai, a not-for-profit health care system in Southern California, offered frontline workers $100 per shift to cover child care, for as many shifts as they needed.

But as the pandemic dragged into the summer, Cedars-Sinai limited the subsidy to $40 per shift and 10 shifts per month, though it has since raised the cap to 15 shifts.

“Once we learned more about the pandemic, we moved to a model financially to be able to afford it,” said Andy Ortiz, Cedars-Sinai’s head of human resources. “Child care has become the No. 1 issue from a workplace standpoint. It is something that has to be dealt with at a national, state or local level.”

A September survey by the consulting firm Willis Towers Watson found that fewer than one-third of employers offered child care discounts or subsidies, even though many employers said increased caregiving responsibilities had made it harder to be as productive.

Child care is hardly the only way employers have become overextended during the pandemic. From controlling the spread of the virus to preserving jobs amid shutdowns, the private sector has taken on burdens that many economists believe government is better positioned to shoulder.

“Long before everyone cared about this stuff, we used to use communicable disease and pandemics as the definition of a no-brainer for government intervention,” said Jonathan Kolstad, a health economist at the University of California, Berkeley.

The overreliance on the private sector has come at a considerable cost to the economy, which has shed 10 million jobs since February.

And with the long delay in approving a new rescue bill — partly a result of the president’s off-and-on posture toward negotiating with Congress — the reliance on the private sector to propel the recovery has only grown.

When the coronavirus forced millions of businesses to close, the government initially stepped in to fulfill that most basic function of an employer: providing workers with income.

In some cases, it paid the money directly to workers through stimulus checks and unemployment benefits. In other cases, it sent money to businesses, which helped them carry workers they suddenly had little need for.

But the federal money largely ran out over the summer, and in recent weeks more and more companies have let go of employees as business remains depressed. Disney, Allstate, American and United Airlines, and the owner of Regal Cinemas have announced tens of thousands of layoffs and furloughs since late September.

The federal government was best positioned, and employers were perhaps least equipped, to lead the effort that public health experts believe is central to reviving the economy: widespread testing, to identify people who may be infected even if they don’t show symptoms.

A recent study by the Rockefeller Foundation estimated that the country needs to conduct 200 million Covid-19 tests per month just to be able to safely operate schools and nursing homes, to say nothing of other workplaces like factories, restaurants and retail stores. As of early September, fewer than 25 million tests per month were being reported.

Many economists believe that this shortfall is a market failure the federal government could have prevented. Makers of tests and test supplies, assuming that demand would dry up once the pandemic passed and that employers and insurance companies would be willing to pay only so much for tests in the meantime, balked at the large upfront costs of ramping up production. Only the government could have guaranteed them a sufficient return on that investment — for example, by promising to buy whatever the manufacturers didn’t sell.

“It would have taken federal intervention to get the volume of tests we needed,” said Zack Cooper, an economist at the Yale School of Public Health. “Some central body aggregating demand, sending a clear enough signal to firms.”

Even so, industry experts say, there is significantly more testing capacity today than is currently being used. Some labs have said they have the capacity to conduct two or three times as many tests as they are currently processing. The problem is that decisions about whether to test workers often fall to individual employers, who have different views about the usefulness of testing.

Some businesses, like professional sports leagues and theatrical productions, aren’t willing to risk any infections and have accepted the costs of screening workers for the virus — about $100 per test for the so-called P.C.R. test that is seen by scientists as the gold standard.

But in other industries, from hotels and casinos to supermarkets and auto manufacturers, companies are making different calculations about whether to pay for frequent, widespread testing.

Many executives believe that testing is of little value because they can largely prevent workplace outbreaks through cheaper measures like protective equipment and distancing. Some see testing as more of a public service — a measure that helps limit the number of infected people circulating in the community but not one that necessarily improves their bottom line.

“A senior executive at a large employer told me, ‘I’m not thinking about the public health benefits — my obligation is to our shareholders,’” said Rajaie Batniji, a physician and co-founder of Collective Health, which has helped employers set up testing and screening during the pandemic.

For the government, by contrast, testing is an almost foolproof investment. Mr. Cooper, the Yale economist, estimated that it would be reasonable for Congress to spend as much as $250 billion on testing to help rein in the pandemic.

The same logic applies to other decisions. Employers are generally willing to make investments when they believe that these investments will benefit their business. But they are reluctant to take on costs when it is primarily the public that benefits, in which case it falls to the government to step in.

Child care has all kinds of benefits to society, from the healthy development of children to allowing mothers, who still disproportionately shoulder the task of child rearing, to be fully employed. But most employers will subsidize child care only if they can recoup the costs through lower absenteeism and turnover, so they spend less than is ideal.

Similarly, employers will typically avoid layoffs if they believe it’s cheaper to sustain workers through dry spells than to recruit and train new workers once business picks up again. But the benefits of keeping people employed are far broader, from propping up consumer spending to sparing workers the kind of disruption to employment that can scar them for years. As a result, economists say, the government should be willing to pay to keep workers employed even when individual businesses don’t believe that it makes economic sense.

“We had a long recovery that finally pulled people in,” said Jared Bernstein, an economic adviser to Vice President Joe Biden during the Obama administration. “If we lose those people, we’re looking at another decade of joblessness. That’s not just bad for them; it’s bad for their families, their communities — bad for the overall economy.”