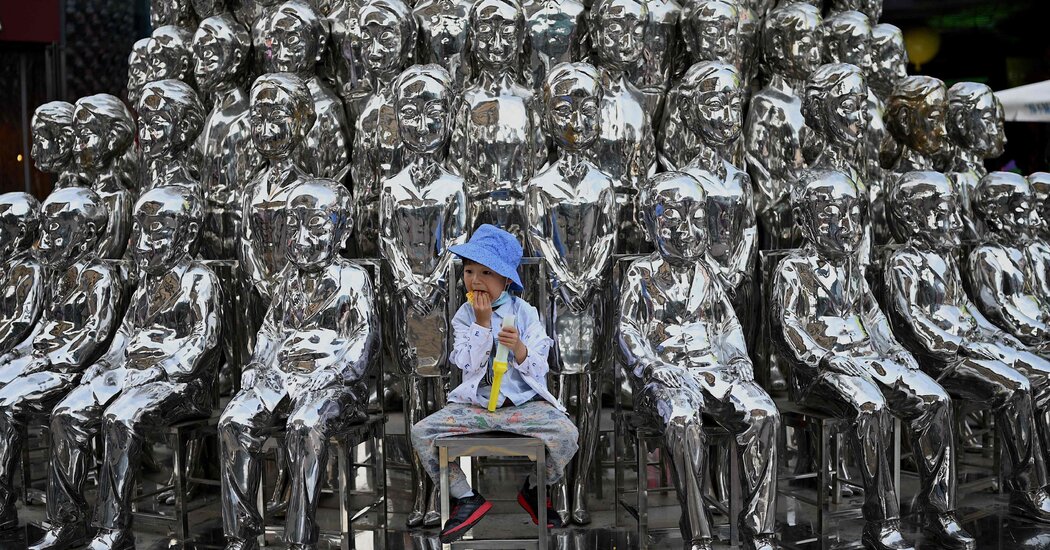 More than five years after the Chinese government abandoned its one-child policy, allowing married couples to have two children, it has now announced that they could have up to three.

The move came suddenly, after results last month from a once-in-a-decade census. China reported only 12 million births in 2020, the fourth consecutive annual decline. The fertility rate for the year, 1.3 children per woman, was far below the level needed just to maintain the population, 2.1.

However swiftly the new three-child policy followed those results, it is timid and unimaginative, and it will be largely irrelevant.

So why is China bothering?

Despite the government’s rosy projections five years ago, the public’s response to the lifting of the one-child policy has been remarkably underwhelming.

The number of births did increase in 2016, the first year after the policy was eased. But it has been dropping since.

One particularly revealing set of figures has to do with what demographers call parity fertility, an estimate of the proportion of women with a given number of children (or none) who will have another one (or a first).

Our calculations — based on the Chinese government’s population and employment statistics yearbooks — show that before the one-child policy was lifted, about 40 percent of mothers who had a first child would have a second one. This is known as parity-two fertility of 0.4. (The figure may seem rather high given the rule, but ethnic minorities and rural couples whose first child was a girl were exempt.)

The statistic rose to 0.81 in 2017 — again, not long after the one-child policy was first relaxed. By 2019, however, it had fallen to 0.66. And it is likely to have dropped further since, given that fertility overall declined to 1.3: We estimate that in 2020 no more than 60 percent of women in China who have one child will have a second one, a rate far below what the Chinese Communist Party was hoping for.

Also consider the proportion of Chinese women who are having a first child. Before 2009, the parity-one fertility rate was close to 1. It has been consistently under 0.7 since 2016.

These decreases are the result of many Chinese women’s decisions to postpone marriage and childbearing. There are many reasons for these changes in behavior, notably urbanization, greater access to higher education for women and rising expectations about standards of living.

The upshot is that the number of children per family that women report as being ideal is strikingly low: just 1.8, according to China’s National Bureau of Statistics.

The Chinese public’s reaction to the new policy — judging by the dismay, jokes and ridicule expressed in popular posts on social media — suggests deep skepticism at the least.

Yet the Chinese Communist Party is aware of all this, of course. So why is it pursuing a policy that it can only know is bound to fail and already seems unpopular?

Even when the government eases rules about procreation, it is only confirming that such rules exist — and that they are the party’s to dictate. This, too, is population control, and population control is a foundation of any surveillance state. The Chinese Communist Party simply cannot give that up.

Family planning has been an essential state policy for decades, a pillar of the Chinese Communist Party’s monumental social engineering project. By loosening caps on births today, the party may be acknowledging that China is facing a demographic crisis. But it still can’t allow the very notion of population control to be called into question — no more than it can tolerate, say, any admission or any open discussion about the Tiananmen Square massacre of 1989 or the atrocities committed during the Cultural Revolution.

And so the Chinese government isn’t just encouraging women to have more children — and hoping to coax them with maternity leave and other benefits, as well as promises to mobilize resources at all levels of the state. It has vowed to “guide young people to have the correct perspectives on dating, marriage and family.”

Lifting controls over births would be, for the Chinese Communist Party, a tacit admission that its past policies have failed. And yet anything short of removing all such regulations will only ensure more failure.