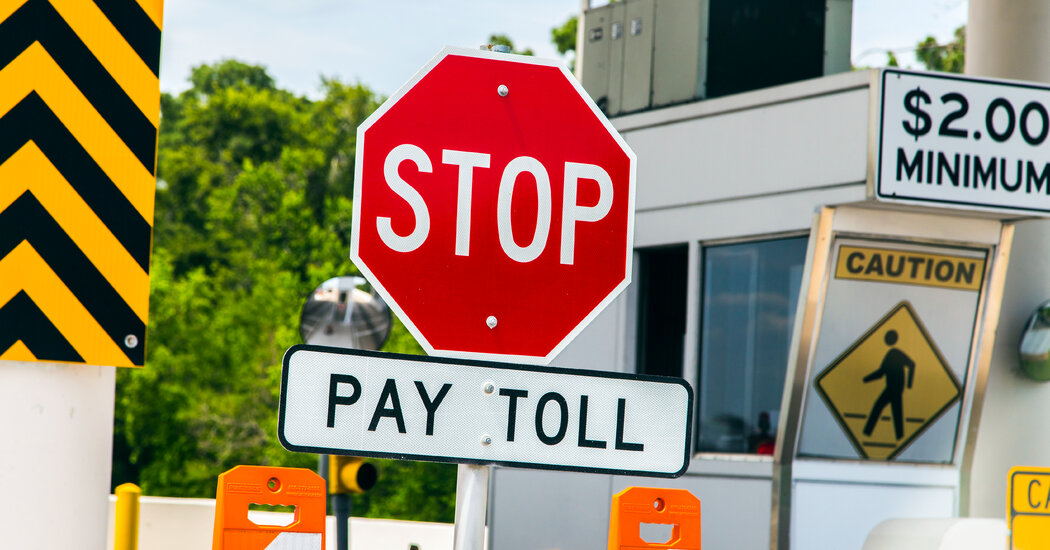 Twenty-one senators, led by Rob Portman of Ohio, a Republican, announced a new outline agreement for an infrastructure package last week. Disagreement over tax changes derailed previous talks, but this bipartisan group claimed to have identified a set of proposed financing sources that could pay for new spending “without raising taxes.” Reportedly, the largest among those was $315 billion from alternative financing schemes known as public-private partnerships.

The legislators are jumping through these hoops in the first place because for the past three decades, the Republican Party has organized its agenda around an absolutist principle: no new taxes, ever. But despite the senators’ insistence, these arrangements do not actually avoid extractive charges on residents. They just launder the new fees through private investors.

Rather than the government financing the rebuilding of roads and bridges that get you across town, you pay a private company operating in contract with the government — while policymakers pretend that they have avoided imposing new costs.

Chief among these schemes that Republicans have identified are so-called user fees, like road tolls and a new fee on vehicle miles traveled. The White House rejected such proposals as violating its own tax pledge: a promise not to increase taxes on families earning under $400,000 annually. As President Biden observed, “If everything is paid for by a user fee, the burden falls on working-class folks, who are having trouble.”

In recent decades, state and local governments increasingly have turned to these funding arrangements. And unlike progressive taxes, user fees — whether assessed by public entities or by private firms contracted with the state — are not generally varied by ability to pay. They are imposed at a flat rate, on the poorest and wealthiest alike, assessed in proportion to their use of public infrastructure. These extractive revenue models condition access to critical goods and services on families’ available resources. And unlike with consumer goods, people often have no choice but to use these spaces.

In 2008, to avoid raising property taxes, Chicago famously leased its parking meter infrastructure to a group of private investors. Shortly after the asset sale, residents parking downtown were paying more than double the prior rates. The privatization of local public services can be observed in soaring school lunch debt, exorbitant charges for prison phone calls and revenue-driven overpolicing.

The endpoint of this shift can be observed in rural Tennessee, where several jurisdictions instructed firefighters not to respond to emergencies without first confirming that occupants have paid an annual service fee; if they have not, city responders stand aside and let the homes burn to the ground. The lesson is clear: Flat-rate user-funded structures privatize social risks while shielding wealth from productive public use. This underlying dynamic does not change when such fees are imposed by unaccountable private investors rather than the state.

Some particular fees — including those for street parking, and congestion pricing schemes — are often justified as internalizing public costs of socially deleterious behavior, analogous to “sin taxes” assessed on alcohol and tobacco. But if the primary motivation is to shape individual decisions, this goal arguably is undermined by the flat-rate design of most fees, which may be debilitating for poor families but are hardly noticed by the wealthy.

It should not be overlooked that transportation fees recently helped catalyze powerful social movements for tax fairness in several other countries.

In Chile, for example, a 4 percent increase in subway fares inspired large-scale street protests in 2019 — prompting the president to cancel the hike, call for a new higher tax bracket for top incomes and initiate a referendum on the country’s antidemocratic Constitution. About the same time, a fuel increase proposed by President Emmanuel Macron of France spurred the Yellow Vest (Gilets Jaunes) protests that called for the reintroduction of a recently repealed wealth tax.

A better alternative to funding mechanisms that burden consumers is to make public goods available to all who wish to use them, funded through progressive taxes and provided free at the point of consumption. This vision lives in a proposal from a Boston City Council member, Michelle Wu, to create a completely free city transit system. It also is reflected in the current organizing, led in California by the Debt Free Justice coalition, to abolish fees assessed on people who have contact with the criminal justice system.

As negotiations continue, we can learn from the harmful consequences brought about by the privatization of local public goods — and opt instead for an inclusive public infrastructure that is available, and affordable, to everyone.

Brian Highsmith is a Ph.D. student in government and social policy at Harvard and a senior researcher at Yale Law School’s Arthur Liman Center for Public Interest Law. He was a tax policy adviser on President Barack Obama’s National Economic Council.