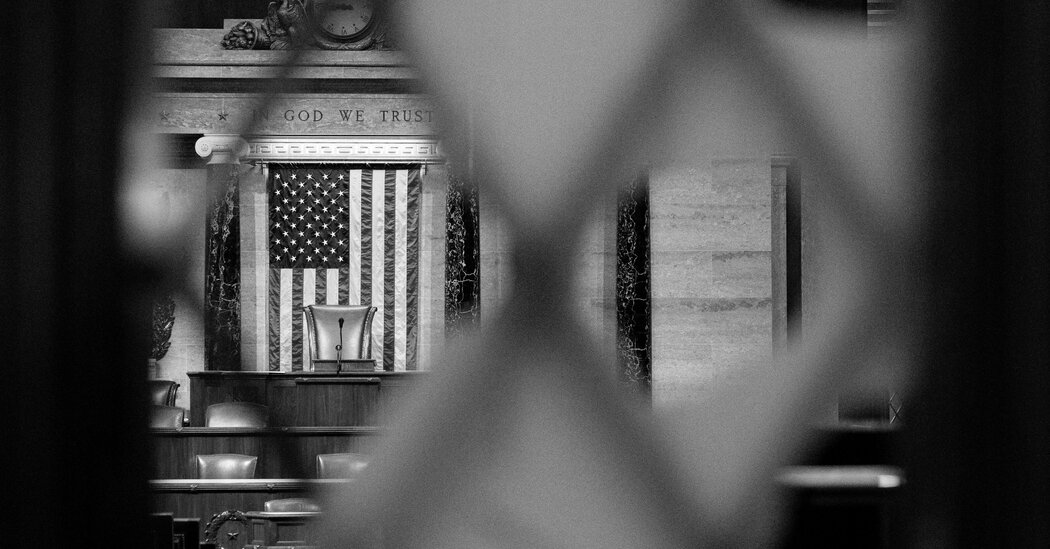 The Jan. 6 attack would not have happened in a genuine democracy.

The attack was the most acute symptom — so far — of the political crisis that Donald Trump incited by refusing to admit defeat in the 2020 election. But the roots of the crisis run deep into the undemocratic features of our constitutional system.

The arcane scheme that Mr. Trump’s lawyers hatched to disrupt congressional certification of the vote and perhaps persuade Republican state legislatures to overturn Joe Biden’s victory in states like Pennsylvania was conceivable only because the Electoral College splinters presidential elections into separate contests in each of the 50 states and the District of Columbia and skews the totals toward small states. In a simple system of majority rule, Mr. Biden’s thumping margin of more than seven million votes would have been the last word. For that matter, so would Hillary Clinton’s national margin of nearly three million votes in 2016: Mr. Trump would not have had a 1600 Pennsylvania Avenue address in which to barricade himself in 2020.

Would Mr. Trump’s big lie about election fraud have sent the rioters to the Capitol anyway, even without his lawyers and fixers trying to overturn the results? Maybe. But there would have been no constitutional machinery to jam. And even the big lie received a huge constitutional assist. Thanks to the Electoral College, Mr. Trump could have tied Mr. Biden and forced the election into the House of Representatives by flipping just 43,000 votes in three close states, a gap narrow enough that any number of toxic fables can claim to bridge it.

At a more basic level, today’s Republican Party succeeds only because the Electoral College, the Senate and the Supreme Court all tilt in its favor. That system has handed conservatives a 6-3 majority on the Supreme Court, despite the fact that only one Republican has won the presidential popular vote after 1988. A party doesn’t have to persuade majorities that it has the best vision for the country. It only has to persuade a selective minority that the other side is a mortal threat. Its grasp on power may be too tenuous for the party to govern effectively, but it has offered conservatives a fine perch to weaken economic and environmental regulation, appoint conservative judges and launch attacks on the democratic system itself.

In a more democratic system, the Republican Party’s extreme elements would have been sent packing long before they stormed the Capitol because they couldn’t muster enough votes to win a national election. Instead, they have perfected minority rule as a path to political success. An antidemocratic system has bred an antidemocratic party. The remedy is to democratize our so-called democracy.

James Madison boasted that the Constitution achieved “the total exclusion of the people, in their collective capacity.” Its elaborate political mechanics reflect the elite dislike and mistrust of majority rule that Madison voiced when he wrote, “Had every Athenian citizen been a Socrates, every Athenian assembly would still have been a mob.” Madison’s condescension has never gone away. Walter Lippmann, perhaps the most prominent intellectual of the short American Century, reckoned that citizens were ignorant, confused and emotional. Democracy brought “an intensification of feeling and a degradation of significance” to whatever it touched. If Madison and Lippmann could have seen the “QAnon Shaman” break into the Capitol, then meander around like a tourist whose phone has lost its signal, they would have muttered, “This is what democracy looks like.”

Democracy receded from the popular imagination during the blandly optimistic decades that followed the Cold War’s end around 1989. American leaders predicted that the world would inevitably come to embrace some combination of elections, capitalism and personal freedom. Serious thinking about what democracy meant, and what could threaten it, seemed more like intellectual history than practical politics. We live in the shipwreck of that unearned optimism.

Jan. 6 and the four years before it were a forcible reminder that democracy is a task, not a birthright. Having rediscovered that we must take democracy seriously, we should now put it first in our politics.

Majorities of the people, not the Electoral College, should be able to pick the president and decide who controls the House and Senate. All who make their lives in the United States — including the incarcerated, people convicted of felonies and noncitizens — should be allowed to vote.

This might sound alarming to inland Republican voters who imagine themselves besieged by a permanent coastal majority. But in a working democracy, there are no permanent majorities or minorities. Forging partnerships in a truly democratic system, inland conservatives would soon find new allies — just not ones determined to break democracy itself.

Some of these changes probably require amending the Constitution. Hard changes have come through constitutional amendment before: Shortly before World War I, activists successfully pressed state legislatures to ratify an amendment giving up their power to choose U.S. senators. Maybe we can revive mass movements for amendments, starting with one that would make the amendment process itself more democratic. If the public supports a constitutional amendment to limit money in politics, restrict gerrymandering or enshrine a core abortion right, a committed majority should be able to say what our fundamental law is by popular vote, rather than having to go through the current, complicated process of ratifying amendments through state legislatures or dozens of constitutional conventions.

This may sound wild-eyed. But it would not always have. James Wilson, one of the most learned and thoughtful of the Constitution’s framers, believed that as a matter of principle, “the people” may change the Constitution “whenever and however they please. This is a right of which no positive institution can ever deprive them.” Even Madison conceded that if we thought of the Constitution as a national charter rather than a federal arrangement among sovereign states, “the supreme and ultimate authority” would reside with the majority, which had the power to “alter or abolish its established government.” It is hard to deny that, since 1789, the Constitution has become a national charter in the minds of most Americans.

Do we really think that establishing fundamental law is too much for us, something only revered (or reviled) ancestors could do? More likely we are afraid of one another and the decisions majorities would make. Thinkers like Madison associated democracy with majority tyranny, but history tells a different story. Even our terribly flawed legacy is rich in examples of majoritarian emancipation: New Deal programs, the Civil Rights Acts and the Voting Rights Act and Medicare. Majorities can change the world for the better, when they have the chance. Giving one another that chance, over and over, is how equals share a country.

But are we willing to give, and take, that chance? Maybe more than fearing majority tyranny, we suspect that the country is already too divided and mistrustful to make basic choices together at all. One thing Democrats and Republicans share is the belief that, to save the country, the other side must not be allowed to win. Every election is an existential crisis. In our current political climate, any proposal to democratize the system would immediately be coded as partisan, and half the country would reject it from the start. In such an anxious and suspicious country, the current system can be seen as a kind of peace treaty. Maybe that was what Mr. Biden meant when, just after taking his oath of office two weeks after the Capitol riot, in a Washington guarded by 26,000 troops, he praised “the resilience of our Constitution.”

But the Constitution is not keeping the peace; it is fostering crises. Far from being resilient, it is adding to our brittleness.

Resilience would come from a shift to more constructive politics. Majorities should be able to choose parties and leaders to improve their everyday lives, starting with child care, family leave, health care and the dignified work that still evades many even at a time when employers are complaining of difficulty hiring workers and there is upward pressure on wages after decades of stagnation. Democracy matters not because there is something magical about 50-percent-plus-one in any given vote but because it gives people the power to decide how they will live together. If we don’t claim that power, the market, a court or a minority government will always be pleased to take it off our hands.

Aristotle called democracy “the rule of the poor,” and he was onto something. Democracy, when it works, puts the ultimate political power in the hands of the people who work, worry and wish they could promise their loved ones more than they can. It gives us back a bit of our world.

Of course, we must not make the perfect the enemy of the good. Our Constitution deserves to be defended against lies about election fraud and antidemocratic schemes to double down on minority rule. But it also deserves cleareyed efforts to make it better.

If Jan. 6 was a symptom of a crisis of democracy, the best answer we can give is more democracy. We might not be capable of that, in which case the future is bleak. But the only way to find out is by trying.

Democracy’s vitality is not handed down from on high. It comes from actually ruling and being ruled in turn and learning to live with both. It comes from the constant search for new majorities, new coalitions, new ways to avoid disaster and even make life better. That is how we learn to believe, with Walt Whitman, that “every atom belonging to me as good belongs to you.” The way to save democracy is to make it more real.

Jedediah Britton-Purdy is a professor at Columbia Law School and the author of six books, most recently, “This Land Is Our Land: The Struggle for a New Commonwealth.” His next book, on American democracy, will be published this fall.