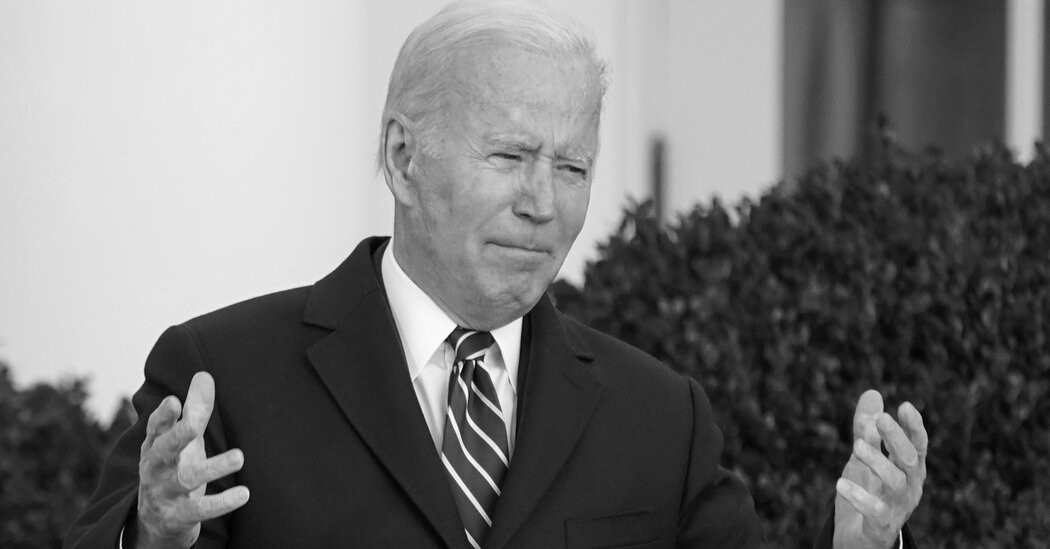 As his first year in office comes to a close, an ambitious new president is on the decline. His legislative agenda has stalled in a fractious Congress. Voters are angry over inflation and other economic concerns, and he is struggling to find his footing on the world stage.

Allies and critics say the president and his party have made a major misstep, mistaking their successful defeat of an incumbent president for a decisive mandate in favor of their program. The results have been a flagging approval rating, a disenchanted public and an opposition party with the wind at its back. If elections for Congress were held today, there’s no question that the president would lose out to the mounting backlash against his administration.

What year is this? Not 2021, but 1981, and the president is Ronald Reagan, who at the end of his first year in office was described in exactly these terms. “As the president heads into his second year,” Hedrick Smith wrote in The New York Times Magazine in January 1982, “a lot of the magic is gone and the politics of optimism has fallen on hard times. Recession has hit with a force totally unexpected in the euphoric high tide of Reaganism last summer.” Reagan’s “present headaches,” Smith continued, “reflect the life-cycle of the modern American presidency — flashy freshman beginnings, followed by a sophomore slump, with some third-year recovery or dazzling achievement.”

The more you read of Smith’s description of Reagan’s first year in office, the more familiar it sounds: “It is as if there were a rhythm to the political process that not only insures exaggerated tolerance in the honeymoon period but also dictates a political downswing as each new president bogs down toward the end of his first year in the frustrating unpredictability of the economy, the self-inflicted wounds from internal rivalries and failings, the troubling actions of foreign powers and the election-year nervousness and independence of Congress.”

We have, in other words, an analysis of Reagan’s 1981 that could, with few alterations, be published as an assessment of Biden’s 2021. Not because the two men or the two years are that similar, but because, as Smith suggests, there is a rhythm to the presidency. Or, to put this in less lyrical terms, the structural position of the office makes it difficult to be both popular and ambitious. With notably rare exceptions, a president is either one or the other.

It is well known, among political scientists at least, that public opinion functions like a thermostat, in which voters try to adjust the temperature of policy when it moves too far in either direction. When President Donald Trump demonized unauthorized immigrants and tried to end migration through the southern border, most Americans expressed support for a more open approach to immigration policy. Biden has not moved as far in the opposite direction from Trump as he promised during his campaign, but the extent to which he is perceived to be more liberal on immigration has pushed the overall public in a more conservative direction.

This points us to one of the most important aspects of thermostatic public opinion. As the political scientist Matt Grossmann explained on Twitter: “Thermostatic politics does not require Biden to change his policy proposals from the campaign. It also does not require close voter attention to policy detail. It just requires voters to see or expect a leftward change in policy from Trump.”

The more ambitious a president is or appears to be, the stronger the thermostatic reaction against him. Biden has spent most of this year broadcasting the size and scope of his proposed agenda and has signed, thus far, two bills totaling nearly $3 trillion in spending. That is ambitious, to say the least, and we should expect the public to react in response.

Combine a thermostatic response against Biden with the usual first-year decline (as we saw with Reagan), and you have the first part of a structural explanation for the president’s political woes.

Missing in this equation is the economy. What’s striking about Biden’s position relative to Reagan’s is that unlike his predecessor, he is presiding over the most robust recovery in recent memory. A strong economy is supposed to give the president a lift, but Biden is currently underwater with most voters.

There are other factors at work. Voters are attuned to inflation, and the price of gas — the most visible price in most communities — has gone up relative to last year, when economic activity collapsed as a result of the pandemic. The pandemic, of course, is ongoing. And the recent surge of the Delta variant of the coronavirus has almost certainly contributed to Biden’s declining fortunes. Compare Biden to other world leaders and you’ll notice that each is dealing with a similar decline in overall popularity. Justin Trudeau of Canada and Jacinda Ardern of New Zealand are at 41 percent approval, Emmanuel Macron of France is at 40 percent, and Boris Johnson of Britain is at 32 percent.

As much as each of these leaders has issues (and scandals) that are particular to their political situations, it is also true that each has presided over new waves of infection driven by the Delta variant.

Biden is much less popular now than he was at the beginning of the year. Perhaps, as some observers say, it’s because he and his party are too “woke,” too liberal, too disconnected from the experiences of ordinary Americans.

Maybe some or all of that is true. But before you jump on your hobby horse, it’s worth looking at the bigger picture. It is hard to act as an ambitious president without incurring a penalty, even if your policies are popular, as Biden’s are. It is also hard, as president, to be popular, period. Every person who has held the office has hit a rough spot and struggled to regain his footing.

Biden is down now. If the usual pattern is any indication, he’ll recover. And in the same way that the decline was largely out of his hands, we’ll have to remember that the upswing was as well.