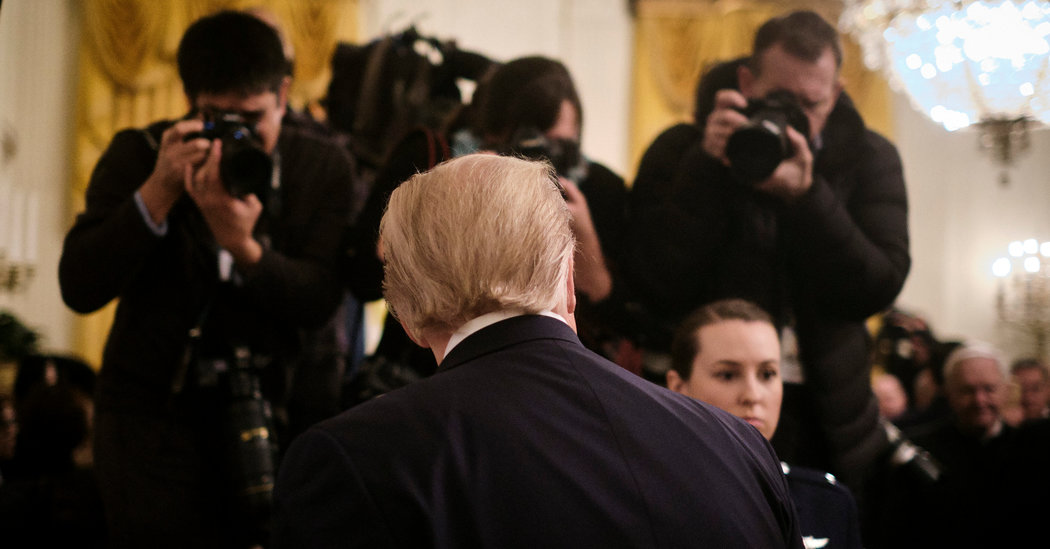 It wasn’t the most notorious part of the “Access Hollywood” tape, but it was the most revealing: “And when you’re a star, they let you do it. You can do anything.”

Donald Trump was talking in 2005 to Billy Bush, then a host of the celebrity-news program “Access Hollywood.” It was hardly a private moment. They were wearing microphones and surrounded by a camera crew. Before their interview began, Trump explained how he liked to “move” on women, kissing them without their permission and grabbing their genitalia.

In the more than three years since the tape emerged, it’s become clear that the you-can-do-anything line wasn’t only describing Trump’s attitude toward women. It was describing his attitude toward everything: If you’re rich, famous or powerful, you can get away with much more than most people understand. You just do it. You don’t need to worry about ethical niceties or even, sometimes, the law. You use your advantages to bulldoze any obstacles.

For anyone trying to make sense of the impeachment trial, this attitude is central. It’s why Trump pressured Ukraine to conduct a smear campaign in the first place: Because he could. And it’s how Trump organized his defense in the Senate. His lawyers offered a brazenly inconsistent series of arguments, from “He did nothing wrong” to “There was no quid prod quo” to “There were no witnesses to the quid pro quo” to, finally, “If a president does it, it’s O.K.”

You could almost hear the echo of the “Access Hollywood” tape in the Senate last week: When you’re president, you can do anything.

In that conversation with Billy Bush, Trump was describing his life’s credo. It is amoral, entitled and opportunistic. It has also been remarkably consistent.

Trump first learned this approach from his father and benefactor, Fred. The Trumps didn’t want black people living in their apartment buildings in the 1960s, so they refused to rent apartments to many black people. It was illegal, but the government did not care enough about racism to impose serious punishment.

The Trumps also wanted to be richer than their business was making them. So they committed financial fraud, evading taxes to increase Trump’s inheritance from his father. Again, they got away with it.

After Donald Trump took over the business, he stiffed workers, contractors and lenders. He claimed to be wealthier than he was. He cheated on his wives and, according to more than a dozen different women, committed sexual assault. With his casino business close to collapse, he used his celebrity to reinvent himself on reality television. When you’re a star, they let you do it.

Trump next brought this approach to politics. It explains the constant lying, the insults and bigotry, the threats of violence and prosecution and the cozying up to foreign enemies. It also explains his perceptive claim that he could shoot someone on Fifth Avenue and not get in trouble. Trump does what he thinks is best for him, often in open defiance of rules or customs that constrain almost everybody else.

The impeachment trial has been a case study. No American president before Trump would have dared to collaborate openly with foreign countries for partisan advantage. Trump has done so repeatedly, starting in the summer of 2016 with Russia and then with China, Ukraine and perhaps unknown others. He had the ability to do it, so he did it.

Obviously, Trump’s credo is only half of the impeachment story, because the Senate is supposed to be an independently powerful body, not a political servant to the White House. Yet Trump has understood, consciously or otherwise, that the Senate isn’t what it used to be. It is controlled today by the Republican Party, and that party has changed.

For much of American history, Congress would have reined in a reckless president, even if he were in the same party as congressional leaders. Congress certainly would have insisted on hearing from impeachment witnesses with crucial information. Every single Senate impeachment trial before the current one — all 15, for lower-level officials as well as both Presidents Andrew Johnson and Bill Clinton — included witnesses.

But the current Republican Party cares more about holding on to power than anything else. In service of this goal, the party has even fought democracy, be it preventing American citizens from voting, changing the rules for Supreme Court nominations, stripping authority from incoming governors or running an impeachment trial unconcerned with facts.

Why has the Republican Party changed? The political scientist Theda Skocpol offers a useful two-part explanation in a new book, “Upending American Politics.” First, the sharp rise of inequality has empowered conservative donors and activists who want to protect their fortunes by shrinking government. Second, many rank-and-file voters have grown angry about economic stagnation and anxious about immigration and secularization. These voters have become attracted to, or at least tolerant of, a politics tinged with ethno-nationalism and authoritarianism.

The country is left with a president who has spent decades doing whatever he thinks is in his self-interest — and a political party willing to protect that president. Staying in power trumps all.

That, of course, is the ideology of autocracy. And although the United States is not an autocracy, our country is taking steps in that direction that I never imagined we would.

Listen to “The Argument” podcast every Thursday morning, with Ross Douthat, Michelle Goldberg and David Leonhardt.