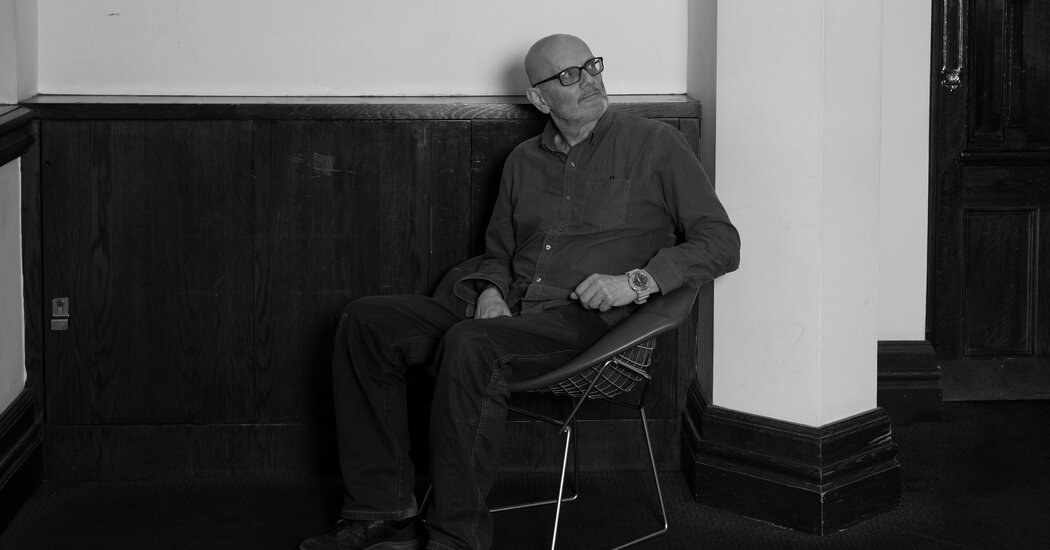 For Richard Jones, the director of a staging that will open in London and later travel to New York, this is a third attempt at Wagner’s epic.

LONDON — When the curtain rises on English National Opera’s first installment of a new “Ring” cycle on Nov. 19, Richard Jones, its director, will be hoping that the third time’s a charm.

Jones’s first attempt at Wagner’s four-part epic about gods, mortals and the end of the world, which opened at Scottish Opera in 1989, got to the second part, “Die Walküre,” before the money ran out. A production at the Royal Opera House in London in the 1990s made it to the end, but Jones’s irreverent staging bombed. Audiences booed, and the critics were savage.

“It was very turbulent,” Jones, 68, said recently. “The whole thing. And I couldn’t live through it. I sort of gave up opera.”

Crushed, the British director crossed the Atlantic and tried a musical. That show, “Titanic,” was plagued by technical glitches, but overcame them to become an unlikely Broadway hit, winning five Tony Awards in 1997. Now, nearly a quarter-century later, Jones is ready to try on the “Ring” again. And if all goes according to plan, this time New Yorkers can judge whether he’s succeeded.

The Metropolitan Opera says it will roll out Jones’s new “Ring” starting in 2025, and will present full cycles by the end of the 2026-27 season. “The crazy thing about opera is how far ahead we have to plan,” Peter Gelb, the Met’s general manager, said in an interview.

“I’m a big fan of Richard Jones,” Gelb added. “He is a director who is very attuned to the narrative of the operas that he’s doing. And his work as a theater director is very impressive. He brings all that work to the opera.”

The stakes could hardly be higher for the Met, which spent $16 million on its last “Ring,” directed by Robert Lepage. The New Yorker critic Alex Ross called that staging, which returned most recently in 2019, “the most witless and wasteful production in modern operatic history.”

Lepage’s central draw was a 45-ton machine that remained onstage throughout the cycle, with huge, rotating planks that were overlaid with video projections to conjure the world of the “Ring,” from the depths of the river Rhine to the heavens. The glitch-prone contraption creaked, groaned and whirred, when it moved at all. At one point, the projections cut out, and, in place of rolling mountains, the Windows logo appeared. Particularly when the staging was new, about 10 years ago, the characters seemed secondary to the technical aspects.

The Lepage “Ring” was “all about visual spectacle,” Gelb said; this time, the focus would be on “intimate, internal storytelling.”

In an interview during a rehearsal break in October, Jones, who was born in London and worked his way up from a theater stagehand, said he focuses on the characters’ psychology and motivation.

“I’m shamelessly Stanislavskian,” he said. “I do a lot of work on back story.”

He conceded that his earlier London “Ring” — in which the Rhinemaidens, who possess the powerful gold around which the action revolves, wore latex fat suits and Wotan, the king of the gods, carried a “one way” road sign — had been heavy-handed.

“It would read as rather bludgeoning now,” he said. His new “Ring” will be more straightforward and “narratively clear to a first-time buyer.”

Yet spectators shouldn’t expect any “dumbing down,” Jones added. The “Ring” is “a monstrous, pulsating, ambiguous, big, queer thing,” he said. “And if anyone says, ‘Come into the tent, we’ll make it easy and explicable,’ well, that’s not for me.”

David Benedict, a columnist for The Stage, a British theater trade newspaper, who has followed Jones’s career since the 1980s, said that Jones engages deeply and seriously with the works he takes on, but doesn’t stint entertainment.

“He is an extremely witty man,” Benedict said. “The ‘Ring’ cycle isn’t a laugh a minute, but there is humor in there, and Richard will find it.”

A sense of fun and a taste for the bizarre have been features of the two Jones opera productions that have been seen in New York, including a darkly amusing, morbidly campy staging of Humperdinck’s “Hänsel und Gretel” that opened at the Met in 2007, and which has spent several seasons as the company’s family holiday offering. When Mark-Anthony Turnage’s “Anna Nicole,” which elevates the former Playboy Playmate Anna-Nicole Smith to a tragic heroine, played at the Brooklyn Academy of Music in 2013, Anthony Tommasini wrote in The New York Times that it was “audacious, entertaining, and, in its strange way, wrenching.”

How much mirth Jones can wring from Wagner’s epic remains to be seen, and it will be some time before the full picture is clear. Natasha Haddad, a spokeswoman for English National Opera, said that company would roll out his “Ring” as individual operas over five seasons, concluding in 2025; no cycles of the full work are planned for London. (The Met and English National Opera both declined to say how much Jones’s “Ring” would cost.)

To make matters a bit more complicated, the company is starting with the second part, “Die Walküre,” which had been commissioned as a stand-alone staging before there was a commitment to a full “Ring.” Performed in English as “The Valkyrie,” as is the tradition at English National Opera, the production, which runs through Dec. 10, will feature some elements familiar to Wagner traditionalists: breastplates, a spear and flames of magic fire at the end. (But, sorry, no horned helmets.)

The staging is no 19th-century throwback, however; the action will unfold against stark, modern sets by Jones’s longtime collaborator, Stewart Laing. Jones was reluctant to characterize his overall vision for the production — “a perilous thing to say to a journalist,” he said. But, he added, of his take on a work that has been variously seen as a parable of industrial capitalism, a feminist fable, an absurdist fantasia and much more: “It’s not a politics-free zone.”

Rachel Nicholls, the soprano who will sing Brünnhilde in “The Valkyrie,” said that her character was loosely based on Greta Thunberg, the Swedish climate activist, and will be dressed in sneakers, shorts and a T-shirt, with a breastplate over the top.

“She’s a teenage girl, and things are either right or they are wrong,” Nicholls said of this Brünnhilde. “If somebody tries to introduce her to shades of gray, she finds that very difficult.”

In London, the cast — conducted by Martyn Brabbins, English National Opera’s music director — also includes Matthew Rose, Nicky Spence, Emma Bell, Brindley Sherratt and Susan Bickley. There will be other singers when the production reaches the Met, including the rising star soprano Lise Davidsen as Sieglinde. Gelb declined to give further information about casting, but said the “Ring” would be a showcase for Yannick Nézet-Séguin, the company’s music director, who will be leading the work in a full staging for the first time.

“One of the hallmarks of the range of any new music director in a major opera house is, at some point, having a ‘Ring’ cycle to call your own,” Gelb said. “And I wanted Yannick to have a ‘Ring.’”

A production currently unfurling at the Deutsche Oper in Berlin and directed by the avant-garde darling Stefan Herheim had been rumored for transfer to New York, and industry watchers were surprised by an announcement from English National Opera in February that its “Ring,” and not the Berlin staging, would play at the Met.

At a June news conference at the Deutsche Oper, the company’s artistic director, Dietmar Schwarz, told reporters that a transfer deal with the Met was never “contract-ready.” Officials from New York traveled to Germany to inspect the production last year, he said, but the Met found it unsuitable.

The Met will be hoping that Jones’s vision is a better match, especially after all the problems with Lepage’s “Ring.” Like the ill-fated ship in Jones’s Broadway “Titanic,” which failed to sink at the first preview after the hydraulic set failed, Lepage’s machine also gave up the ghost at a key moment in the drama. At the end of “Das Rheingold” on opening night in 2010, as the orchestra’s brasses thundered and the strings shimmered, the device was meant to form the rainbow bridge that would lead the gods to Valhalla. But the set jammed in place, and the cast wandered forlornly into the wings.

Stuff can go wrong with any show. In opera, with its dizzying ambitions, epic lead-times and viperish politics, the stakes are celestial — and the scale and complexity of the “Ring” ratchets everything up even further.

“You have to do that yourself,” Jones said. But somehow, he added, sounding a note of hopefulness as he embarked on opera’s greatest saga: “You pull it off.”