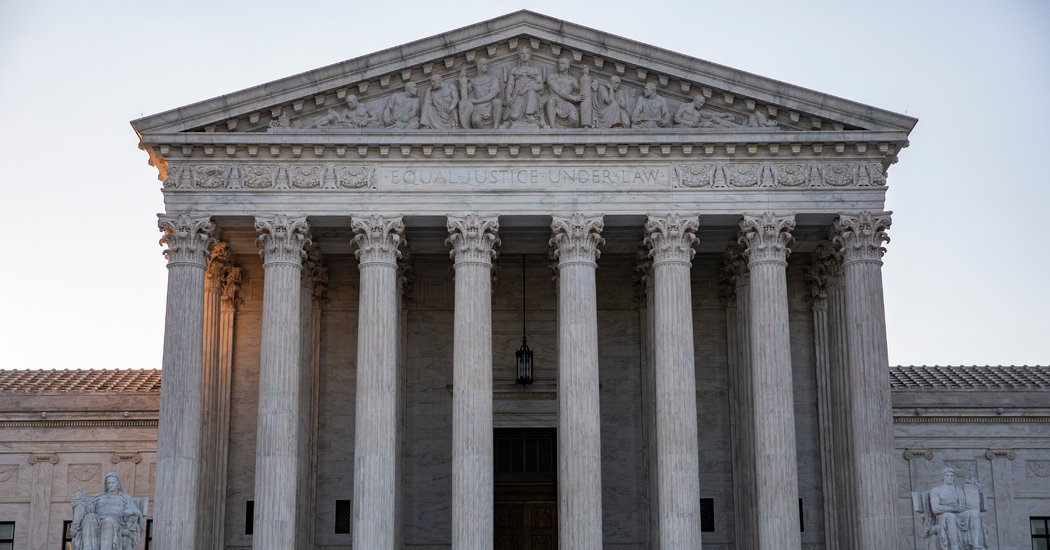 The Supreme Court clearly got it right on Monday when it ruled that the Electoral College can keep working the way it has worked for the last 200 years.

The justices did not address the much bigger problem, which is the existence of the Electoral College itself.

In a unanimous opinion written by Justice Elena Kagan, the court agreed that states may replace and even punish “faithless electors,” the curious term we use for the direct electors of the president who cast their ballots for a candidate other than their party’s nominee.

According to the Constitution’s plain language, each state appoints its electors “in such manner as the legislature thereof may direct.” That power, Justice Kagan wrote, “includes power to condition his appointment — that is, to say what the elector must do for the appointment to take effect.”

This is the system cobbled together at the last minute at the 1787 constitutional convention to address the needs of a country vastly different from ours. It is rotting American democracy from the inside out.

The rot spreads in two ways. First, by potentially awarding the presidency to the candidate who earns fewer votes among the people as a whole — which violates the fundamental premise of majority rule. (Before it vaulted him into the White House, Donald Trump saw how corrosive this feature was: “The Electoral College is a disaster for a democracy,” he tweeted on election night 2012, when he believed that his candidate, Mitt Romney, would defeat President Barack Obama in the popular vote and yet lose the election.)

Second, by violating the constitutional mandate of “one person, one vote.” In the presidential election, the value of your vote depends on where you live. If you live in one of the half-dozen or so “battleground” states, it matters hugely. If you happen to live in a “safe state,” as a vast majority of Americans do, it’s effectively irrelevant.

Why do we use this bizarre, anti-democratic method to choose the one leader whose job is to represent all Americans equally?

Please don’t say it’s because we’re a republic, not a democracy. We are a republic and a democracy. The terms both refer to a system of government in which the people elect leaders to act on their behalf. However we choose to elect the president, by a system of electors or through a national popular vote, we’re still electing him or her to represent us and act for us.

And don’t say it’s because the Electoral College protects us from being dominated by the big cities like New York and Los Angeles. That argument, the most popular anti-popular-vote one currently in circulation, relies on distortions of both history and statistics. There were no big cities as we think of them when the Constitution was adopted. It’s true that some framers were concerned about protecting the power of small states in the presidential election, but their solution was not the Electoral College as most of us think of it today; it was an obscure provision for a backup election that hasn’t been triggered in almost two centuries. (Specifically, it sends a deadlocked election to the House of Representatives, where each state, big or small, gets a single vote. This is a terrible idea, as the framers quickly came to see and as virtually everyone today agrees.)

Anyway, even if big-city voters cast every single one of their ballots for one candidate, presumably the Democrat (spoiler alert: they don’t), the nation’s 100 biggest cities hold just under 20 percent of Americans. That’s roughly the same as the number who live in rural areas, and not nearly enough to dictate who becomes president. If it were, how did George W. Bush cruise to a national popular vote win in 2004?

A more historically accurate explanation for the Electoral College is that some of the Constitution’s framers worried that most voters — who rarely ventured far from home and had no easy way of getting information quickly — couldn’t know enough about national candidates to make an informed decision.

That’s one reason the framers settled on a system of electors: men who would be, in the words of Alexander Hamilton, “most capable of analyzing the qualities adapted to the station, and acting under circumstances favorable to deliberation.”

That passage, which appears not in the Constitution but in Federalist No. 68, has long evoked for many Americans a romantic ideal — a “Mr. Smith Goes to Washington” assertion of independent conscience and impassioned citizenship. It was the inspiration behind the formation of the “Hamilton Electors,” a group of Democratic electors in 2016 who tried desperately to keep Donald Trump out of the White House by appealing to the patriotism of their Republican counterparts, in the hope that enough would join together to cast their ballots for someone else.

The problem is that the Electoral College has never worked as Alexander Hamilton claimed it would. National political parties developed within a few years of the Constitution’s ratification, and electors quickly joined one team or the other. By the middle of the 19th century, the existence of partisan electors was so established as to be taken for granted. Justice Joseph Story wrote at the time that any elector’s effort to exercise “independent judgment would be treated as a political usurpation, dishonorable to the individual, and a fraud upon his constituents.”

That’s how the system has always functioned, for better or worse. Today, 32 states and the District of Columbia require electors to pledge to vote for a specific candidate; about half of those also penalize or replace faithless electors. But even in states without such laws, faithless electors are vanishingly rare, and for a simple reason: They were chosen precisely because of their partisan loyalty. They want to vote for their party’s candidate.

In short, Americans expect their electors to obey what the voters want. Micheal Baca, a Hamilton Elector and a plaintiff in one of the two cases the Supreme Court decided on Monday, admitted as much. “If it wasn’t me, I would feel uneasy,” he told me. “I’m not someone with the requisite knowledge to make choices of this magnitude for other people.”

He’s right, of course. In a democracy (or a republic) based on political equality, no one should have that power over other people. But if electors are supposed to follow the voters, why have electors at all? The Supreme Court’s ruling forces us to face the fact that there is no remaining rationale for the Electoral College. What remains is a system that serves no purpose other than to erase the votes of 100 million Americans every four years, making them bystanders to the most consequential election of all.

Justice Kagan ended her opinion by invoking the Constitution’s preamble: “here, We the People rule.” Except that we don’t always.

A more accurate formulation would be, “We the People of the Battleground States rule.” And that, alas, is a problem that the Supreme Court can’t solve.

Jesse Wegman (@jessewegman) is a member of the editorial board, where he has written about the Supreme Court and national legal affairs since 2013, and the author of “Let the People Pick the President: The Case for Abolishing the Electoral College.”