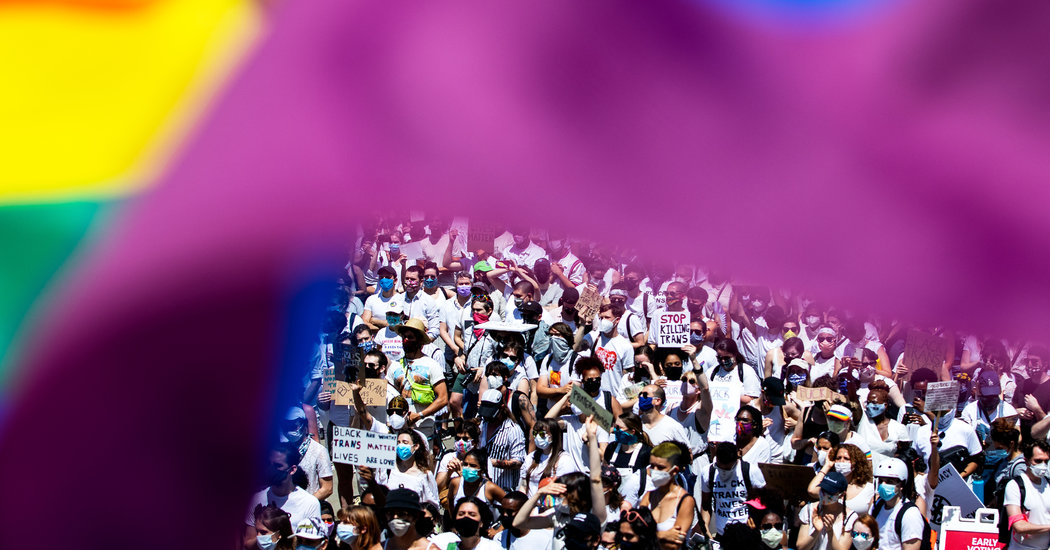 In an emphatic win for civil rights, equal justice and common sense, the Supreme Court ruled on Monday that federal law bars employers from firing workers for being lesbian, gay, bisexual or transgender.

The vote was 6 to 3. It should have been unanimous.

As Justice Neil Gorsuch explained for the court’s majority, the right result could not be clearer. The federal law at issue, Title VII of the 1964 Civil Rights Act, prohibits employment discrimination “because of sex.” And “an employer who fires an individual for being homosexual or transgender fires that person for traits or actions it would not have questioned in members of a different sex,” Justice Gorsuch wrote. “Sex plays a necessary and undisguisable role in the decision, exactly what Title VII forbids.”

In separate cases consolidated for argument, three plaintiffs — two gay men and a transgender woman — had sued their employers for firing them after learning of their sexual orientation or transgender status.

It does not matter, the court said, whether the employer might have had additional reasons for the firing. “Intentionally burning down a neighbor’s house is arson, even if the perpetrator’s ultimate intention (or motivation) is only to improve the view,” Justice Gorsuch wrote.

Nor can an employer avoid the law’s prohibition by claiming it treats all men the same or all women the same. The bottom line, he wrote, is that Congress wrote a law with intentionally broad language, and “ours is a society of written laws.”

Monday’s decision will soon have ripple effects, including the likely invalidation of the Trump administration’s decision last week to eliminate protections against discrimination in health care for transgender patients.

In a lengthy dissent that sounded like it was written in 1964, Justice Samuel Alito, joined by Justice Clarence Thomas, argued that the court’s job is to interpret statutes to “mean what they conveyed to reasonable people at the time they were written.” It’s hard to imagine these justices applying the same logic to the meaning of the Second Amendment, which reasonable people at the time understood to apply to bayonets and muskets. But we digress.

Justice Alito’s point was that the lawmakers who passed the Civil Rights Act could not possibly have anticipated “sex” to cover discrimination on the basis of sexual orientation or gender identity.

That’s true, of course. They also could not have imagined that it would cover sexual harassment of male employees — and yet in 1998 the Supreme Court found unanimously that it did. “Statutory prohibitions often go beyond the principal evil to cover reasonably comparable evils, and it is ultimately the provisions of our laws rather than the principal concerns of our legislators by which we are governed,” the court said then, in an opinion written by Justice Antonin Scalia.

Justice Gorsuch, who succeeded Justice Scalia on the bench, reiterated this basic concept on Monday: “The limits of the drafters’ imagination supply no reason to ignore the law’s demands. When the express terms of a statute give us one answer and extratextual considerations suggest another, it’s no contest. Only the written word is the law, and all persons are entitled to its benefit.”

While we’re on the subject of legislators’ intentions, it is worth noting the historical irony behind the inclusion of “sex” in the civil rights law — which was, after all, targeted primarily at racial discrimination. The term was added at the last minute by Representative Howard Smith, a staunch segregationist from Virginia, in the hope that lawmakers would see it as a bridge too far and vote down the entire bill. Mr. Smith’s failed gambit continues to pay off in ways that he surely never could have dreamed.

Still, there are reasons to be cautious.

Justice Gorsuch’s commitment to textualism, a method of interpreting laws by looking solely to their plain words, achieved a just result in this case, but when applied too rigidly it can lead to very unjust results. In his previous job on a federal appeals court, then-Judge Gorsuch wrote an opinion holding that a trucker could legally be fired for abandoning his broken-down truck in subzero temperatures — based on a wooden reading of the word “operate.” In short, this particular victory for gay rights was based not on the fundamental equality or dignity of gay and transgender Americans, as previous Supreme Court decisions have been; it was based on the meaning of a single word.

The opinion also hints at a potentially serious obstacle on the horizon: claims by employers that being prohibited from discriminating against gay and transgender workers violates their religious convictions. Such claims are likely to find a sympathetic ear among this Supreme Court’s conservative majority, which has repeatedly voted to protect if not promote religion and religious objectors.

For now, however, Monday’s decision is a victory to savor, the next major step in a line of gay rights decisions stretching back nearly a quarter century, and until now written solely by Justice Anthony Kennedy.

Justice Brett Kavanaugh, who succeeded Justice Kennedy in 2018, graciously admitted as much in his own dissent. Although he disagreed with the majority’s opinion, he wrote: “It is appropriate to acknowledge the important victory achieved today by gay and lesbian Americans. Millions of gay and lesbian Americans have worked hard for many decades to achieve equal treatment in fact and in law. They have exhibited extraordinary vision, tenacity and grit — battling often steep odds in the legislative and judicial arenas, not to mention in their daily lives. They have advanced powerful policy arguments and can take pride in today’s result.”