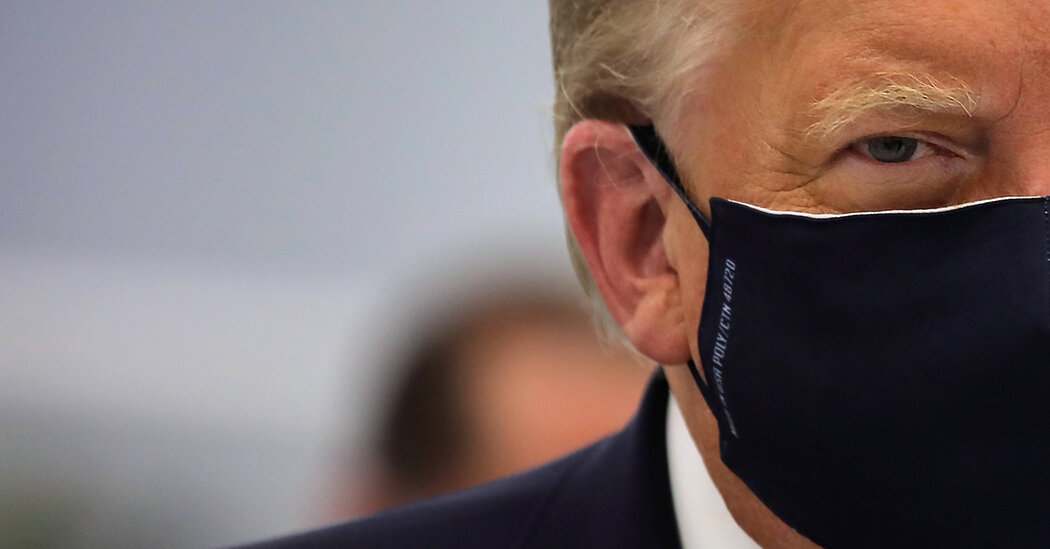 Last week, just two short days before Donald Trump tested positive for the coronavirus, several of my colleagues wrote a story about the early days of the pandemic, and the strong global public health consensus at the time that open borders and free movement of peoples should not be suspended, even in the face of a swiftly spreading virus.

“The policy of unobstructed travel was never based on hard science,” the story notes. “It was a political decision, recast as health advice,” that for a public-health community committed to cosmopolitan ideals had become “an article of faith.”

The story was a reminder of a point I’ve tried to make in these pages before: For all of our president’s conspicuous failures in combating the virus that he is now battling — God willing, successfully — himself, it’s not at all obvious that a different president, one who just listened to the science and followed the experts, would have taken the strong early steps that might have actually suppressed the virus and prevented it from becoming endemic on our shores. By the time the experts had caught up to the realities of Covid-19, by the time they were ready to endorse the travel restrictions that their faith catechized against and the mask-wearing that they initially dismissed, a certain scale of disaster was probably already guaranteed.

Many people don’t like this argument because it’s seen as a way of letting Trump off the hook. But there’s another way of looking at it, which is that while Trump’s early failures weren’t necessarily worse than our hypothetical “just listen to the experts” president, they were arguably more culpable and tragic — precisely because Trump himself was not a believer in what one expert quoted in my colleagues’ story calls “the religion of global health.”

Instead, he had a worldview that the cosmopolitan community considered archaic and dangerous — a worldview that emphasized national borders, played up foreign threats and treated travel bans and immigration restrictions as essential tools of state. He also had certain personal tendencies, like his famous germaphobia, that would presumably have made him favorable to masking and social distancing at a time when the expert of experts, Dr. Anthony Fauci, was still dismissing mask wearing and telling healthy Americans that it was safe to take a cruise.

In other words, Trump, much more than a typical president, was ideologically and personally well-positioned to get out ahead of the experts, to break early with their church-of-cosmopolitanism assumptions and to set an example of extreme caution long before that became the official wisdom — even to “own the libs,” if you will, by taking steps that would have been denounced as authoritarianism in late February and then recognized as wisdom by late March.

He did take one step in that direction, imposing the travel ban on China that he now boasts about, at a time when the church of public health considered it a useless act of xenophobia. But the restrictions he imposed weren’t particularly comprehensive, and from then on he was late to every other opportunity where early or draconian action might have made a difference —  heeding the conservatives who minimized the virus rather than the right-wing faction (including figures like Peter Navarro in his own White House) that sounded the alarm early and choosing to make himself the face, quite literally, of a more insouciant approach.

In other words, given a series of crucial choices — whether to heed his nationalist and protectionist impulses or his “don’t spook the stock market” biases, whether to listen to his germaphobia or his apparent fear of looking unmanly in a mask — he consistently chose wrongly when he could have chosen wisely. He went by his own choices from being a president who had an unique historical opportunity to vindicate his professed worldview to a president who is now infected with the very virus that is dooming his re-election bid.

One of the tics of Twitter in this strange and deadly year is a tendency to anthropomorphize the year itself (“Oh, 2020, what else do you have in store for us?”) or to make jokes about the TV writer’s room that’s supposedly responsible for our series of unfortunate events.

Many of the people making those jokes don’t believe that history really has an Author. But I do. And the aspects of our circumstances that seem ridiculously scripted to the atheist are, for religious believers, a reason to meditate on what is being revealed, how we’re being tested and what lessons and examples we can draw from watching tragedies unfold.

Our president does not, to put it mildly, resemble the tragic heroes familiar from Aeschylus or Shakespeare. But he has a little more in common with some of the flawed, arrogant, appetitive figures from the Hebrew Bible — figures who are given opportunities to do something important in spite of their flaws, who are placed at crucial turning points in history notwithstanding their weaknesses and sins and who have the capacity to achieve things that amaze the wise and powerful.

In Trump’s arc in 2020, it’s possible to see a more tragic version of these kind of biblical narratives, in which Providence grants a flawed old sinner a unique chance at heroism, even greatness — and he chooses badly, and lets it pass him by.

The president’s coronavirus diagnosis bends that tragic arc a little further. The idea that an illness and speedy recovery might help him win re-election on a wave of sympathy seems — well, let’s just call it unlikely. Rather, his illness just seems to emphasize that we’re inside the falling action of the play, the working out of choices and themes that were established months ago.

You can’t pray to a writer’s room, but you can pray to God. And so we should pray for the president’s swift recovery, that all those infected around him recover soon as well, and that the falling action of 2020’s drama would spare as many lives as possible.

But to pray is also — inherently — to behave as though life isn’t just one accident after another, as though narrative lines in history actually exist, as though our choices are woven into patterns and not just left to unspool randomly. And the president’s affliction, in this sense, is woven intimately into the larger story of 2020 and his administration’s rendezvous with pestilence — a story whose might-have-beens could have redeemed his vices, but whose realities have sealed his presidency’s transformation from a dark farce into a tragedy.