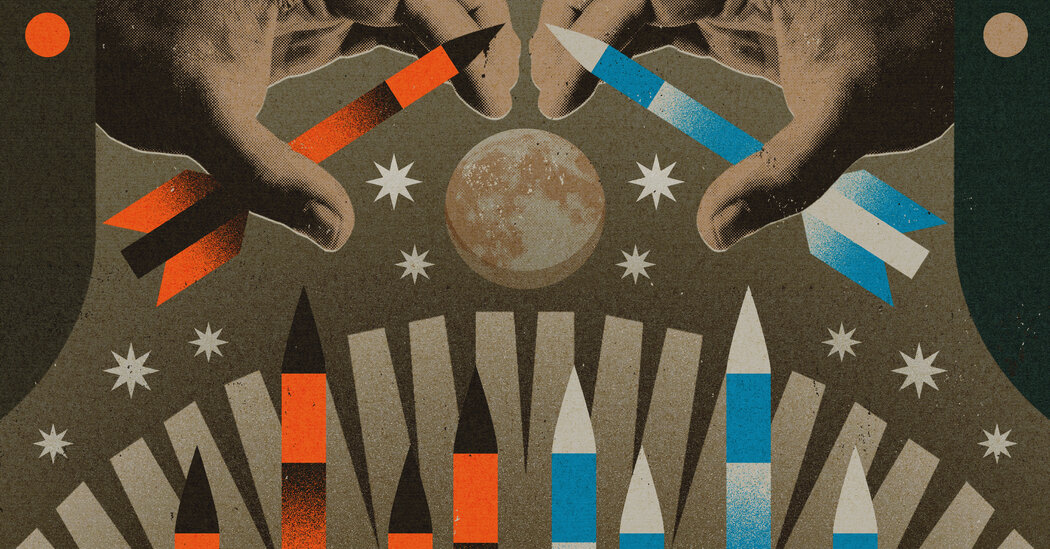 BEIJING — Forget about nuclear might. It’s time for the United States to talk to China about mutual vulnerability.

It’s clear that Beijing is rapidly expanding its nuclear arsenal. Commercial satellite images suggest China is building more than 100 new intercontinental ballistic missile silos. Reporting emerged last month that it tested a nuclear-capable hypersonic missile that circumnavigated the globe — the first nation to do so. America’s top military officer later confirmed that “significant event,” and now the Pentagon is warning that China could quadruple its arsenal by 2030.

Taken together, concerns over a “strategic breakout” by China are understandable. Without a willingness by the United States and China to enter a clear dialogue, the results could be catastrophic.

Some American experts have argued that China is testing nuclear weapons delivery systems because it’s looking for ways to circumvent U.S. missile defenses, which Beijing’s nuclear experts fear could negate their country’s ability to absorb a U.S. nuclear attack and then retaliate.

While this may be technically correct, it misses the bigger geopolitical picture. The incremental development of U.S. missile defenses cannot explain the relatively abrupt Chinese buildup. Rather, President Xi Jinping’s March order to further “accelerate the construction of advanced strategic deterrent” systems most likely reflects his deepening concern that China’s inferior nuclear capability could embolden U.S. hostility and undermine Beijing’s rise at a critical moment in great power competition.

Chinese officials have expressed the belief that the United States has become more desperate in seeking to forcibly disrupt China from surpassing the United States economically (in the near term) and militarily (down the line). They see growing U.S. pressure on China over human rights, the rule of law, Hong Kong and Taiwan as evidence that Washington is willing to take greater risks to stop China’s rise by delegitimizing the government, destabilizing the country and blocking national unification.

I did a brief stint as a local civil servant in Beijing working on matters of foreign affairs more than a decade ago and have spent the past seven years as an independent nuclear policy expert. It’s clear to me that Beijing’s nuclear buildup is ultimately an attempt to force Washington to drop the perceived strategic assault and accept a “mutual vulnerability” relationship — in which neither country would have the capability or will to threaten nuclear war without risking its own destruction.

The United States has been reluctant to address China’s desire for such a relationship, which has contributed to anxiety in Beijing about U.S. pursuit of “absolute security.” To prevent their nuclear competition from escalating it is time for the United States to acknowledge the de facto existence of mutual nuclear vulnerability with China.

This might sound like a bold move, but we must remember that there is precedent for this. And the grim alternative demands the effort.

The 1985 Reagan-Gorbachev joint statement that “a nuclear war cannot be won and must never be fought” helped lower the temperature of the Cold War. A similar mutual commitment by U.S. and Chinese leaders would help defuse today’s emerging arms race.

It would help stabilize the most important bilateral relationship in the world. It would also give Beijing reassurance that the United States was willing to accept peaceful coexistence and to refrain from challenging China’s core interests. (Within reason.)

Reducing the threat of nuclear holocaust also could open up opportunities for substantive arms control negotiations — for example, on limiting the development of new missile systems and counter-space weapons — plus help contain bilateral military competition more broadly. With greater confidence in the future tenor of U.S.-China relations, Beijing could be inclined to act more proactively to cooperate with Washington on other bilateral problems, like trade disputes and cyberattacks, or pressing global challenges like the Covid-19 pandemic.

Of course, there are risks that it could backfire.

China could conclude that its nuclear buildup had worked as a pressure tactic and so further military buildup might exact even greater U.S. concessions.

American allies in East Asia, in particular, have understandable concerns that China might increase its conventional-level military aggression once the risk of nuclear escalation is off the table.

And there’s always the chance China might interpret U.S. acknowledgment of mutual vulnerability as a sign Washington is willing to overlook Beijing’s efforts to advance its perceived “core interests,” like occupying disputed territory in the South China Sea or achieving unification with Taiwan.

By the same token, China might expect the United States to stop calling it out on human rights and domestic suppression by claiming the criticisms threaten Beijing’s regime security. This could undermine President Biden’s effort to uphold universal values in diplomacy.

But acknowledging mutual vulnerability does not have to be a blind leap of faith. There are measures the United States can take to mitigate these risks.

China needs to present a mutually agreeable framework about its specific expectations of a mutual vulnerability relationship. That must include detailing what constitutes a true infringement of China’s core interests versus a high-level political disagreement — for example, not treating normal exchanges on human rights issues as attempts to topple the regime — and what reassurances Beijing could provide to address U.S. concerns about China’s regional military behavior and plans regarding Taiwan. One option might be to discuss military confidence-building measures with U.S. allies in East Asia or renounce military resolution of territorial disputes.

China is unlikely to want to bend — but to make it work, it must be flexible. It also is in China’s interest to understand that, just as U.S.-Russian mutual vulnerability did not shield Moscow from American critiques over human rights, U.S.-Chinese mutual vulnerability most likely wouldn’t force Washington to “respect China” in the manner Chinese officials wish. And that would not be because China’s nuclear arsenal is too small. Rather, China’s public rejection of a rules-based international order probably makes American officials question the wisdom of accepting mutual vulnerability more than anything else.

But they should. Mr. Biden and Mr. Xi, scheduled to meet in a closely watched virtual summit, will be discussing ways to “responsibly manage the competition” between their nations and “ways to work together” where interests align.

The sooner the two sides realize that it is the shared understanding of agreeable behaviors — not unilateral nuclear buildup — that will stabilize their relationship, the quicker they can end this insanely wasteful and dangerous nuclear escalation and put resources to better use addressing pressing challenges like the pandemic and climate change.

Acknowledging mutual nuclear vulnerability is a useful and necessary step toward putting the bilateral relationship on a much more constructive path.

Tong Zhao is a senior fellow in the Nuclear Policy Program at the Carnegie Endowment for International Peace based in Beijing. He also is the author of “Narrowing the U.S.-China Gap on Missile Defense: How to Help Forestall a Nuclear Arms Race.”