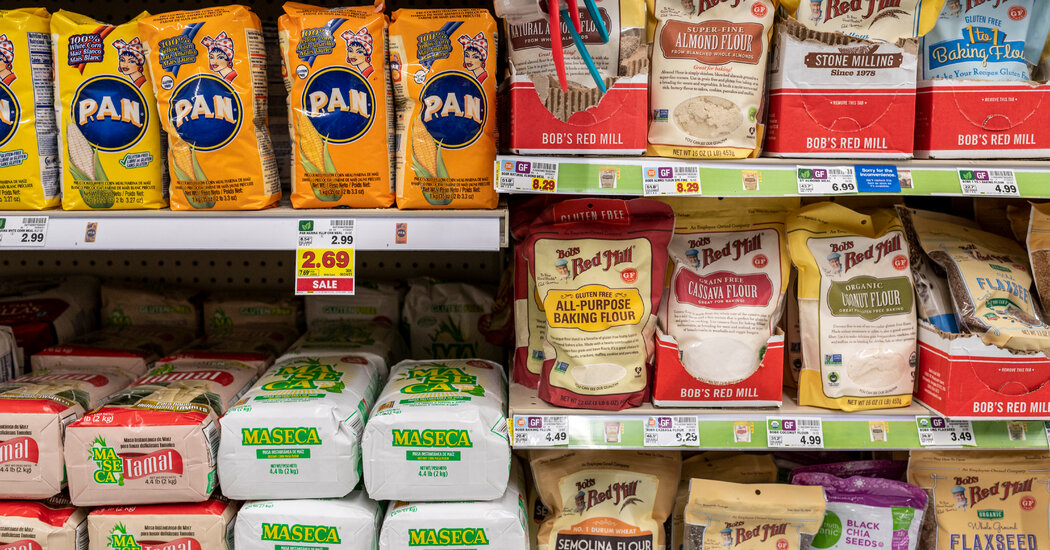 By the usual measures, the U.S. economy has been booming this year. Employment has risen by more than five million since January; a record number of Americans say this is a good time to find a quality job, a sentiment reflected in the willingness of an unprecedented number of workers to quit (yes, high quit rates are a good sign).

Yet Americans are, or say they are, pessimistic about the economic situation. For example, here’s the widely cited Michigan index of consumer sentiment, which has slid to a level not seen since the depths of the pandemic slump:

How can people be feeling so bad about a seemingly good economy?

One answer is that Americans are upset about inflation and disrupted supply chains. And that’s surely true. But I’d suggest that it’s only part of the story — that to an important extent, when you ask people about the state of the economy, their replies don’t necessarily reflect their actual experience. Instead, they respond based on what they imagine is happening to other people, a perception that can be shaped by news reports and their own political leanings.

That is, I’m suggesting that public views about the economy are a bit like public views on crime, which many people said was rising even when it was steadily falling.

OK, I don’t want to go all Phil Gramm here. For those who don’t get the reference, Gramm, a former congressman, was an adviser to John McCain during the 2008 presidential campaign, and he made waves by dismissing concerns about the economy. We were, he insisted, only in a “mental recession” and had become a “nation of whiners.”

So for the record, inflation is indeed high by recent standards and supply-chain issues are real, although often overstated. (Retailers are hiring furiously for the holiday season, suggesting that they expect to have plenty to sell.)

Here’s what the Michigan survey found when it asked people to compare their current financial situation with their situation five years ago; numbers greater than 100 mean improvement. That number has slid a bit since the beginning of this year, but it’s still quite high — in fact, as high as the average for 2019, when the Trump administration was boasting nonstop about the economy:

Other surveys find similar results. For example, Langer Research Associates breaks its Consumer Confidence Index into components; the number for “personal finances” is far higher than the number for “national economy”:

So Americans, while legitimately troubled by inflation, are feeling pretty good about their own financial situation; their downbeat economic assessment involves a belief that bad things are happening to other people. Where does that belief come from?

To some extent public perceptions may have been shaped by widespread media coverage of preliminary economic reports that suggested a struggling economy. After revisions, the data look much better — most notably, soft preliminary employment numbers for August and September received many headlines, while it’s a good bet that few Americans are aware of later revisions that added more than 200,000 jobs.

And some news organizations have been doing all they can to convey the impression of a troubled economy, whatever the reality. As I suggested, while supply-chain issues are real, their impact is often overstated; empty shelves are actually fairly rare. That, presumably, is why Fox News and Newsmax have been running segments about the Biden economy featuring photos of empty shelves that were taken last year or in other countries.

Which brings me to the effects of partisanship. Republicans and Democrats share the same economy, but their responses to surveys about that economy’s condition are very different. After Donald Trump’s still-not-acknowledged electoral defeat, Republicans turned hugely more negative on the economy, while Democrats turned somewhat more positive:

So why do Americans feel bad about a seemingly booming economy? Inflation and shortages of some goods are real issues, but much of the economic discontent seems to be based on news reports and partisan leanings, that is, it’s disconnected from personal experience.

This has important implications, among other things, for the politics of economic policy. The economy is likely to get considerably better over the months ahead as the pandemic subsides and snarls in the supply chain get worked out. But there is no guarantee that the American public will even notice these gains. If the Biden administration wants to turn perceptions around, an objectively good economy won’t be enough; the good news will have to be sold, hard.

Weak links in the supply chain.

The president doesn’t control the price of gasoline.