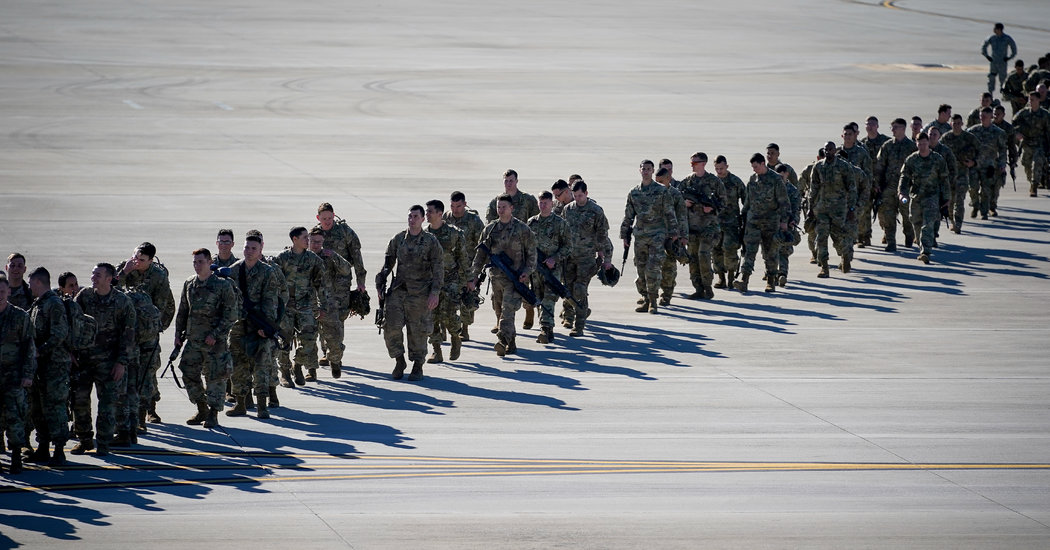 WASHINGTON — An official letter from the Defense Department informing Iraq that the United States was “repositioning forces” for “movement out of Iraq” produced headlines around the world that an American withdrawal had begun.

But the letter, drafted by the United States military command in Baghdad, was sent out by mistake. The furor it caused prompted Defense Secretary Mark T. Esper and the chairman of the Joint Chiefs of Staff, Gen. Mark A. Milley, to call an urgent news conference to deny the reports.

“It was an honest mistake,” General Milley told reporters at the Pentagon. “That letter is a draft, it was a mistake, it was unsigned, it should not have been released.”

The Iraqi Parliament voted Sunday to expel American forces, reflecting widespread anger with the United States after President Trump ordered the killing of an Iranian military leader, Maj. Gen. Qassim Suleimani, in Baghdad. But the vote was not the final word on the subject and the Iraqi government had not formally notified the United States to leave.

General Milley said that military officials had begun making arrangements for a withdrawal in the event that a decision was made to pull out, and that the letter was a draft being prepared in the event it was needed.

Which it was not, at least not yet.

“There’s been no decision made to leave Iraq, period,” Mr. Esper said. “There is no decision to leave, nor did we issue any plans to leave.”

He said the military was “moving forces around” to consolidate their positions and that, not only were they not withdrawing, but at the moment more forces were arriving from Kuwait.