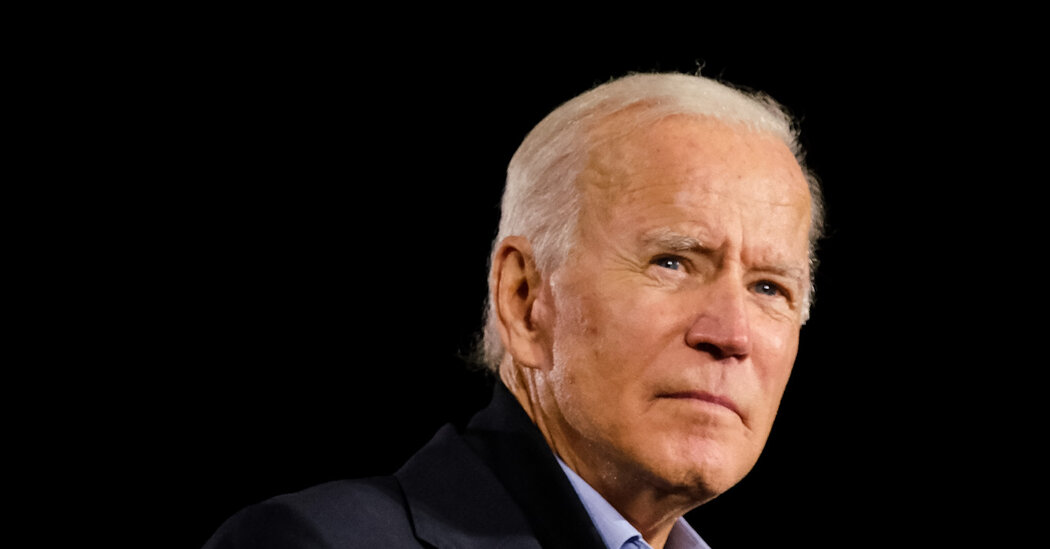 Thanks to Donald Trump’s shouting and nonstop lying, there wasn’t much of a substantive policy discussion at the debate on Tuesday.

But there were some broad — and unsurprisingly, false — assertions about economic policy. Joe Biden claimed that his tax and spending plans would create millions of jobs and promote economic growth. Trump claimed that they would destroy the economy.

Well, everything we know suggests that Biden was right and Trump wrong. And I’m not the only one saying this. Nonpartisan analysts like Moody’s Analytics and the not-exactly-socialist economists at Goldman Sachs are remarkably high on Biden’s proposals.

Before I get there, some history.

There’s a widespread perception that Republicans are better than Democrats at managing the economy. But that’s not at all what the record says.

Yes, Ronald Reagan presided over a long economic expansion; but so did Bill Clinton, and the Clinton boom was both longer and bigger. The economy did in fact add many jobs under Trump before the coronavirus struck, but this simply represented the continuation of an expansion that began under Barack Obama.

And those were the good stretches. Both Bushes presided over really poor economic performance.

Republicans also have a long history of claiming that progressive policies would lead to economic disaster. They’ve been wrong every time.

They’ve been wrong about tax hikes: When Clinton raised taxes in 1993, Republicans confidently predicted recession, but what actually happened was a huge boom. When California raised taxes under Jerry Brown, the right called it “economic suicide”; again, the economy boomed.

They’ve also been wrong about social programs. Obamacare, the G.O.P. insisted, would destroy millions of jobs. One of the dozens of attempts to repeal the Affordable Care Act was actually called the “Repealing the Job-Killing Health Care Law Act.” Yet in the six years after January 2014, when the act went into full effect, the economy added almost 15 million jobs.

And let’s not forget the flip side, the many, many times Republicans promised that cutting taxes on the rich would produce an economic miracle, promises that never came true. There’s a reason conservatives still go on and on about the Reagan boom, all those years ago; it’s the only example they have that even seems to support their economic ideology. (It doesn’t, but that’s another topic.)

But there’s a difference between saying that progressive policies are not the disaster conservatives claim and saying that Biden’s plan would actually promote growth. Why are Moody’s and Goldman Sachs so high on his proposals? Why do I share that optimism?

First, the background. Even before the coronavirus, good employment numbers could hide underlying economic weakness. For at least the past decade, we’ve been living in a world of excess savings: the amount the private sector saves persistently exceeds the amount it spends on real investments. This savings glut is reflected in low interest rates, even when the economy is strong.

Low interest rates, in turn, limit the ability of the Federal Reserve to fight downturns, which is why Jerome Powell, the Fed’s chairman, has been pleading for more fiscal stimulus.

In today’s world, then, we actually want the government to run budget deficits, because they put excess savings to use. But we also want those deficits to be productive — to boost investment, and strengthen the economy in the long run.

The 2017 Trump tax cut flunked that test. It increased the budget deficit, but the main driver of that red ink — a huge cut in corporate taxes — utterly failed to yield the promised surge in business investment.

Biden’s plan would roll back that corporate tax cut, replacing it with spending programs likely to yield much more bang for the buck. In particular, much of the spending would be on infrastructure and education — that is, outlays aimed at strengthening the economy in the long run, as well as boosting it over the next few years.

When Moody’s ran this program through their model, it concluded that by the end of 2024, real gross domestic product would be 4.5 percent higher than under a continuation of Trump’s policies, translating into an additional 7 million jobs. Goldman Sach’s estimates are similar: a 3.7 percent gain in G.D.P.

Now, a model is only a model, and economists’ predictions are often wrong (although some of us are willing to acknowledge error and learn from our mistakes).

But if you’re trying to assess the candidates’ economic claims, you should know that Trump’s predictions of a Biden bust lack credibility, not just because Trump lies about everything, but because Republicans always predict disaster from progressive policy, and have never yet been right.

And you should also know that Biden’s assertions that his plan would give the economy a significant boost are well grounded in mainstream economics and supported by independent, nonpartisan analyses.

So Biden’s economic claims are, in fact, credible; Trump’s aren’t.