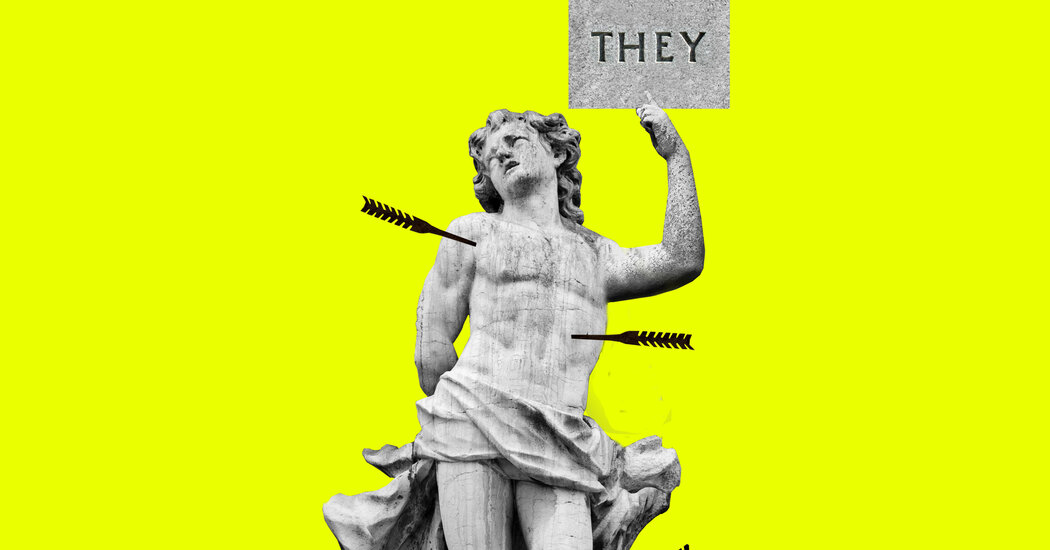 Last week news outlets and social media were abuzz with the announcement of plans to establish a university dedicated to the “fearless pursuit of truth” and “forbidden courses.” The new school, the University of Austin — not to be confused with the fully accredited public University of Texas at Austin — is being created by a group of moderate and conservative intellectuals and writers who are frequently critical of what they see as groupthink on college campuses. Higher education, they argue, has been broken for a long time, and this school is an attempt to begin to fix it.

Accusations of political intolerance and indoctrination on campuses and in the public discourse have been with us for decades. Woke young people have aroused the choreographed indignation of leaders as different as Presidents Donald Trump and Barack Obama. Every president since George H.W. Bush has earned points by attacking political correctness.

In 2019, Mr. Obama drew considerable attention for opining: “I do get a sense sometimes now among certain young people — and this is accelerated by social media — there is this sense sometimes of: ‘The way of me making change is to be as judgmental as possible about other people, and that’s enough.’” He added: “If all you’re doing is casting stones, you’re probably not going to get that far. That’s easy to do.”

Yes, that is easy to do — whether we cast those stones at the longhaired protesters of the 1960s, the environmentalist tree-huggers of the 1990s or the judgmental pronoun policers and woke college students of today. Scapegoats like these are politically useful; they inspire solidarity by providing an object for hostility or derision. But educators, civic leaders and elected officials should know better than to play along with this strategy. Instead, they should strive to cultivate the robust exchange of ideas across differences. Given the extraordinary polarization in the country today, these exchanges are more important than ever.

Like all stereotypes, the image of the woke college student suppressing the speech and thought of others is wildly misleading. My 40 years in higher education have shown me that no student wishes to fit such a stereotype, and the reality is that few actually do.

Sure, there are cases of students and professors who are enraged by the expression of ideas they find objectionable. And they don’t just criticize the ideas; they sometimes go after the platforms that publish them. At Wesleyan a few years ago, for example, the editors of the student newspaper were harshly denounced for publishing an op-ed critical of some Black Lives Matter protesters. Students threw newspapers in the trash, and because of the intensity of the reaction, editors became fearful.

Some believed that these students protesting the op-ed had gone too far, that they were more worried about giving a platform to unpopular opinions than they were about the free exchange of ideas. That may have been true. But these worries led, as they often do, to serious reflection and lively debates on campus, and eventually to the hard work of thinking through what editorial autonomy should mean for student journalists.

In the end, the protesters recognized the importance of having a newspaper free to publish unpopular opinions and had succeeded in drawing attention to the barriers that kept some students from seeing the newspaper as a vehicle for their views. But these sorts of healthy debates can be hard to come by; political polarization has made them even more difficult.

Concerns about the intolerant left have been around for a very long time. At Wesleyan, where I’ve been president for almost 15 years, political correctness was already being satirized in the 1990s — see the film “PCU.” It’s true that conversations about bias, sexual assault, climate change or the winner-take-all economy are complex and tend to elicit strong emotions. But the fear of bruised feelings or the threat of offense is no reason to cut off a genuine discussion, or to censure faculty or students for engaging freely in these conversations. I have argued for some time that colleges must be much more intentional about creating intellectual diversity.

Some students don’t shy away from disagreement or argument. I have met conservative students who love standing up to their progressive classmates. As a government major told me recently with a grin, “I have fun debating with my classmates, and my professor finds me fascinating.”

But some don’t want to be outliers — as has always been the case. There are students and faculty who complain that they don’t want to express centrist or right-wing views because they fear being criticized or stigmatized. They may not see themselves as hypersensitive, but they do crave some protection from students and colleagues whom they perceive as demanding leftist ideological conformity.

Those who complain of such conformity should recognize that their fear isn’t the fault of anyone’s wokeness or hostility toward free expression. It is a sign that they need more courage — for it requires courage for students, or anyone, to stay engaged with difference. Whatever your political position, embracing intellectual diversity means being brave enough to consider ideas and practices that might challenge your own beliefs or cause you to change your views, or even your life.

The idea that woke students are merely performing political engagement without truly acknowledging the realities of American life is flatly wrong. During the elections of 2020, students across the country were not just out canceling others — they were organizing to create change. According to research from the Institute for Democracy & Higher Education at Tufts University, undergraduates registered in higher numbers and turned out to vote more often than in previous election cycles. More than two-thirds of college students voted in 2020, up more than 10 percentage points from the previous presidential election. Many also helped others get to the polls.

In the current climate of political pessimism and manufactured outrage, we can work with students to reject the tired tropes of the past and embrace what many in the older generations have forgotten: how to engage with and, yes, debate people who have a variety of points of view and who imagine the future with a mix of hopes sometimes very different from their own. No scapegoats required.

Michael S. Roth (@mroth78) is the president of Wesleyan University and the author of “Safe Enough Spaces: A Pragmatist’s Approach to Inclusion, Free Speech, and Political Correctness on College Campuses.”