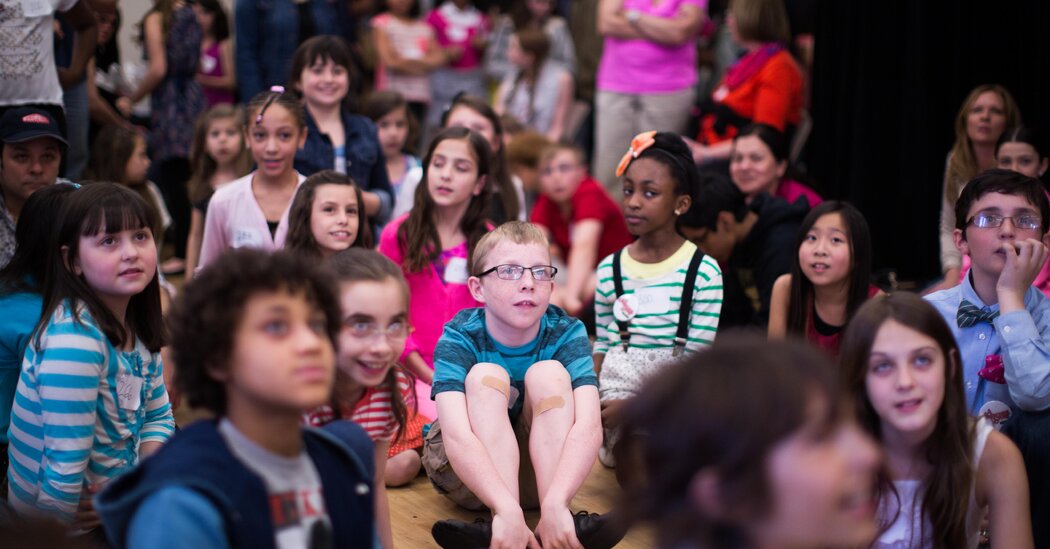 This article is part of Times Opinion’s Holiday Giving Guide 2021. Read more about this guide in a note from Katie Kingsbury, the Opinion editor of The New York Times.

Bret Stephens: Hi, Gail. Every blue moon our editors ask us to tackle a particular topic. This time, they’d like us to name some of the charitable causes that we admire and might also appeal to our readers.

Do you have any especially worthy ones in mind this holiday season? I mean, other than the Jan. 6 Legal Defense Fund, of course.

Gail Collins: OK, gonna be serious for a minute, Bret. I’ve been making a list, and I want to recommend a few possibilities for people who want to respond to the anti-abortion movement — or perhaps to anti-abortion relatives at holiday parties.

Gail: The best way to stop abortion is to help women avoid unwanted pregnancies. Everybody knows about Planned Parenthood and the great work it does, but there are also a lot of smaller worthy organizations. Like Upstream, which has been working to make sure women who want birth control can get the care they need.

Bret: All the more important, given that the Supreme Court has refused so far to overturn a blatantly unconstitutional and dangerous Texas law that bans abortions after six weeks and encourages private vigilantes to enforce it. What else?

Gail: On the same theme, children still need public support, particularly when it comes to education. Lots of great nonprofits working on early childhood development are out there, and if you want help finding them, one good source is Zero to Three.

Bret: I’ve got some suggestions on that score.

Gail: And finally, to be a little self-serving, I’d recommend the Guttmacher Institute, which has always been such a reliable contact for me and other journalists looking for information on reproductive issues.

Now how about you?

Bret: Several years ago, my dear friends Paul Healy and Didier Malaquin introduced me to the Hunts Point Alliance for Children, which works in an impoverished Bronx neighborhood to provide a broad range of educational and vocational opportunities for kids from infancy through high school. It’s everything from tutoring to writing programs to an incredible Shakespeare ensemble that culminates every year in a student performance in a Manhattan theater. The alliance’s work is so terrific and it has such an impact that it even wins over curmudgeonly conservatives like me.

Gail: Sounds wonderful, and in the spirit of the season I’ll refrain from a mention of government funding.

Bret: A similar program is Minds Matter, to which I started donating after my wife, Corinna, volunteered for it as a tutor. It’s an extraordinary mentoring organization, with chapters across the country, which prepares bright kids from low-income families for college and even takes on the cost of college tours. The dedication of the students is humbling: They give up nearly every Saturday during the school year for three years to get through the program, and their success rate is commensurately high.

Gail: Great when you can recommend groups from such close personal experience.

Bret: Another charity that matters, Gail, is Compass to Care, which I discovered through a friend, the legendary auto industry journalist Paul Ingrassia, who passed away in 2019. The charity helps families of children sick with cancer cover the transportation costs of getting to treatment centers. It was a favorite of Paul’s remarkable son, Charlie, who also died far too young of cancer, at 39. It’s also a good reminder that some of our greatest needs lie in the seemingly small things that can make all the difference.

Gail: So agree with you.

Now, I hate to be a downer, but while people are working so hard to bring joy to the season, Congress is busy … not achieving.

Bret: You despair. I cheer.

I take it you’re still in Grinch mode?

Bret: The Grinch who doesn’t grow a heart in the end. For Democrats, it would be much smarter to break up the Build Back Better bill into separate legislative items and then move each one separately through Congress. That strategy has the advantage of reducing the headline cost of the legislation. It gives Joe Manchin a lot more flexibility to vote for some of it while still remaining a Democrat. And it could allow Democrats to highlight their victories without putting all of their proverbial eggs in one yellow-dog basket.

Gail: I like all those eggs. Sure, if Biden had to sacrifice one thing to win, I’d still celebrate with an eggnog toast. Alas, I have a feeling there’ll be a lot of shredding if he has to go chunk by chunk.

Bret: I also think Democrats need to pivot to the two issues that are going to weigh the most in the run-up to next year’s midterms: inflation and crime. Your thoughts, please.

Gail: I don’t think inflation is going to be a super-long-running problem, but that doesn’t mean it isn’t weighing on people’s minds. It seems as if the price of gas is one big factor, and that seems to be coming under control.

Bret: Unfortunately, rents are going through the roof, too, and that’s not something Biden can fix like the price of gas, by releasing millions of housing units to market from the Strategic Two-Bedroom-With-a-Balcony Reserve.

Gail: Another place where prices are out of control is prescription drugs. Congress could be a help there if it allowed Medicare to negotiate on prices with the pharmaceutical companies.

Bret: Maybe so, but inflation probably won’t be fixed by trying to force down prices through government intervention in this sector or that. Inflation is the problem of too much money chasing too few goods. We could bring it down with higher interest rates, and eventually we will probably have to, though that would very likely cause a recession, like it did in the early 1980s. Solving our supply chain problems would help, too, which is one area where the government could really do something by changing regulatory rules to make it easier to develop warehouse capacity and let truckers drive as independent contractors.

Gail: As to crime, Democrats are paying serious attention to Eric Adams, New York’s mayor-elect and a former police officer. He won by convincing voters he could be tough on criminals while cracking down on bad cops.

Bret: A good combination that I hope might inspire other mayors, like Lori Lightfoot in Chicago, which just experienced a 21st-century record number of homicides. And let’s not even mention Los Angeles.

Gail: There’s plenty of challenge in keeping both the police and civilians safe — and our elected officials can rise to the occasion by cracking down on mass gun sales. Places like New York, with strict gun laws, are still at the mercy of criminals who buy weapons in other states and sell them to people who terrorize our streets.

Bret: On this we definitely agree. Of course, part of getting guns off the street is a return to stop-question-frisk policies that Adams told me he supports, provided it is done in a constitutional way and isn’t abused out of racial bias or for the sake of meeting police quotas.

Gail: Providing you can figure out a way to make it work on a day-to-day basis without infringing on citizens’ rights. Which is, I guess, the story of leadership and the hopes we voters all bear when we go to the polls.

Bret: Switching subjects, Gail, I was late to the terrible news that Fred Hiatt, the longtime editor of The Washington Post’s opinion section, died last week. I thought he was a model for how to run an opinion section: with strong, deep and consistent views but also with an open mind, a high level of tolerance for opposing ideas and a great sense of humor.

Gail: So glad you brought that up. I appreciated all the tributes to Fred — our editor, Katie Kingsbury, wrote a great one. I didn’t know him well, but we did both serve one season on the Pulitzer Prize nominating committee for editorials.

Fred and I wound up doing a ton of work together, and it was such a pleasure. He was not only smart and dedicated but also a whole lot of fun.

Gail: It’s too early to do an end-of-the-year conversation, but I’m wondering if the approach of the holidays has had any impact on you. I’m kinda loving the trees being sold on Broadway near my apartment and the Christmas and Hanukkah lights in our lobby.

Bret: If they could only pass a constitutional amendment banning that ubiquitous Christmas Muzak, I’d like the season a whole lot more. That and not putting fire to any Christmas trees in the vicinity of Sixth Avenue and 48th Street.

Gail: Well, yeah. I think you’ve found a position there on which all sides can join hands.

And we’ll talk about the end of the year later. But any mid-December musings?

Bret: Always good to remember that soon the days will start getting a little bit longer and that another joyful year of arguing lies ahead.

This column is part of Times Opinion’s Holiday Giving Guide 2021. If you are interested in any organization mentioned in the giving guide, please go directly to its website. Neither the authors nor The Times will be able to address queries about the groups or facilitate donations.