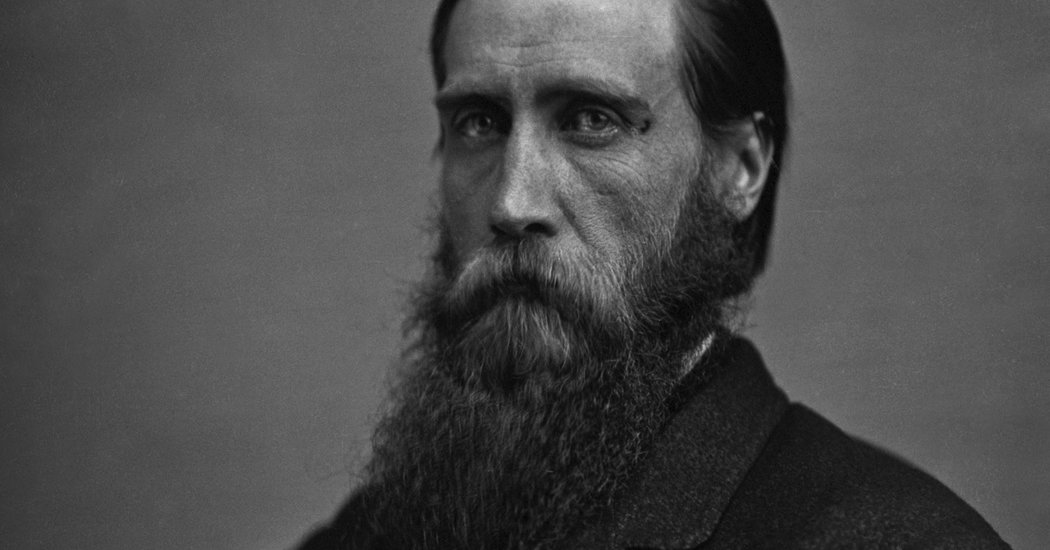 Scattered across the American South, 10 Army bases bear the names of Confederate officers, including several who resigned their commissions in the United States military and fought against the Union Army in some of the bloodiest battles of the Civil War.

Some of the military installations acknowledge their namesakes on their websites. Others, like Fort Hood in Texas, make no mention on their websites of the Confederate officers whose legacies they honor.

Now, as protests over the death of George Floyd have led to a broader reckoning over the many monuments and memorials that honor men who fought to preserve slavery and uphold white supremacy, a fresh debate is occurring over whether to rename these installations.

On Monday, a Pentagon official said that Defense Secretary Mark P. Esper and Army Secretary Ryan D. McCarthy were “open to a bipartisan discussion on the topic” of removing Confederate names from the bases.

President Trump, however, flatly rejected any such discussions, writing on Twitter on Wednesday that “my Administration will not even consider the renaming of these Magnificent and Fabled Military Installations.”

Here’s a look at the 10 Army installations and the Confederate leaders for whom they were named.

After the United States entered World War I in 1917, the camp was named for Pierre G.T. Beauregard, a Louisiana-born Confederate military commander. Beauregard was trained at West Point and served in the Mexican-American War. On March 1, 1861, he became the first Confederate general officer with the rank of brigadier general and took command of the Confederate forces in Charleston, S.C.

He led Confederates in numerous battles, including the Battle of Shiloh in Tennessee and the Siege of Corinth in Northern Mississippi.

Fort Bragg, known as the home of Airborne and Special Operations forces, is the largest United States Army base, with approximately 57,000 military personnel, 11,000 civilian employees and 23,000 family members.

It was established on Sept. 4, 1918, and named Camp Bragg, in honor of Gen. Braxton Bragg, a native of North Carolina and a West Point graduate who fought in the Mexican-American War and later for the Confederacy, commanding the Army of Tennessee during the Civil War.

David H. Petraeus, a retired general and former C.I.A. director, is among those who have argued that the base should be renamed. Writing in The Atlantic, he said that not only was Bragg an undistinguished military commander, but that he and other Confederates also committed treason and the “Army should not brook any celebration of those who betrayed their country.”

Fort Polk, an Army base in west-central Louisiana, was established in 1941 during the Louisiana Maneuvers, a series of Army exercises in the run-up to World War II. It was named for Leonidas Polk, a West Point graduate, planter, slave owner and Episcopal bishop who began the Civil War as a major general in the Confederate Army, according to the National Park Service.

He was a corps commander during the Battles of Shiloh, Perryville and Murfreesboro, and was later removed from command by Braxton Bragg, for whom Fort Bragg was named. Polk was scouting Union positions with his staff on June 14, 1864, when he was killed by a cannon shot near Marietta, Ga., according to the Park Service.

Fort A.P. Hill, spread over nearly 76,000 acres, is an all-purpose, year-round military training site with a 27,000-acre live-fire complex. It was established as an Army training facility on June 11, 1941.

Originally, three men were considered for the installation’s name: Maj. Gen. James McAndrew, a World War I veteran; Capt. John Hunt Morgan, a Confederate commander; and Lt. Gen. Ambrose Powell Hill, a Confederate officer who was chosen in part because he was from Virginia, according to a military brochure on the fort’s history.

Hill, who was regarded as one of Gen. Robert E. Lee’s most trusted lieutenants, fought in the Battle of Cedar Mountain and the Second Battle of Bull Run. According to the National Park Service, he helped to capture the Union garrison at Harpers Ferry in 1862 before a Union soldier shot and killed him on April 2, 1865.

Fort Pickett, spread across approximately 41,000 acres, is operated by the Virginia National Guard. It was formally dedicated as Camp Pickett at 3 p.m. on July 3, 1942, exactly 79 years to the day and hour after Maj. Gen. George E. Pickett, a Virginia-born Confederate officer, helped lead the bloody and ill-fated assault known as Pickett’s Charge at the Battle of Gettysburg.

Pickett had graduated last in his class at West Point and had fought in the Mexican-American War before he resigned his commission in the U.S. military to join the Confederate Army in 1861, according to the National Park Service. After the war, Pickett became an insurance salesman in Richmond, Va. He died on July 30, 1875.

Sprawling over nearly 215,000 acres, Fort Hood is the only post in the United States capable of stationing and training two armored divisions. It was established in 1942, at the beginning of the United States involvement in World War II.

The base was named for John Bell Hood, a Kentucky-born West Point graduate who resigned his commission in the United States military and became a Confederate cavalry captain after the Civil War began in 1861, according to the National Park Service. Hood was promoted to major general in 1862, and he led Confederate troops in numerous battles, including the Battle of Gettysburg. He died on Aug. 30, 1879.

The League of United Latin American Citizens, commonly known as LULAC, has adopted a resolution to rename the base for Roy P. Benavidez, a Green Beret sergeant born in South Texas. Mr. Benavidez received the Medal of Honor from President Ronald Reagan for heroism while wounded in the Vietnam War and then fought to keep the government from cutting off his disability payments. He died in 1998.

Fort Lee, an Army base 25 miles south of Richmond, Va., was built during the mobilization for World War I. The Army designated it as Camp Lee on July 15, 1917, naming it in honor of Robert E. Lee, the most famous Confederate general.

A Virginia-born West Point graduate, Lee was appointed the commander of the Army of Northern Virginia in 1862, and he led Confederate troops in several battles before surrendering to Gen. Ulysses S. Grant in 1865. After the war, he served as president of Washington College — now Washington and Lee University — in Lexington, Va., from 1865 until his death in 1870.

On Thursday, Mayor Bill de Blasio of New York called on military officials to rename another place named for Lee, General Lee Avenue, a major road through the Fort Hamilton Army base in Brooklyn. “His name should be taken off everything in America, period,” Mr. de Blasio said.

Fort Rucker, which covers about 63,000 acres in southeastern Alabama, serves as the headquarters for U.S. Army Aviation. Established during the early months of World War II, the original name of the post was Ozark Triangular Division Camp.

But before the post officially opened on May 1, 1942, the War Department named it Camp Rucker. In October 1955, it was renamed Fort Rucker. The post was named for Col. Edmund W. Rucker, a Confederate officer who became a wealthy industrialist in Birmingham, Ala., after the war.

It was established in October 1941, and named for Lt. Gen. John Brown Gordon, a Confederate officer who was wounded in several battles during the Civil War and later served as a United States senator and governor of Georgia. He was also a businessman and was believed to be head of the Ku Klux Klan in Georgia, according to the National Governors Association.

Fort Benning is home to the U.S. Army Maneuver Center of Excellence, which includes the U.S. Army Infantry and Armor Schools. It was established as Camp Benning on Oct. 7, 1918, during World War I and was named for Gen. Henry Lewis Benning, a local Confederate officer who had served on the Georgia Supreme Court before the Civil War.

Benning fought in several battles, including the Battle of Gettysburg. After the war, he practiced law in Columbus, Ga. In The Atlantic, Mr. Petraeus called Benning “such an enthusiast for slavery that as early as 1849 he argued for the dissolution of the Union and the formation of a Southern slavocracy.”