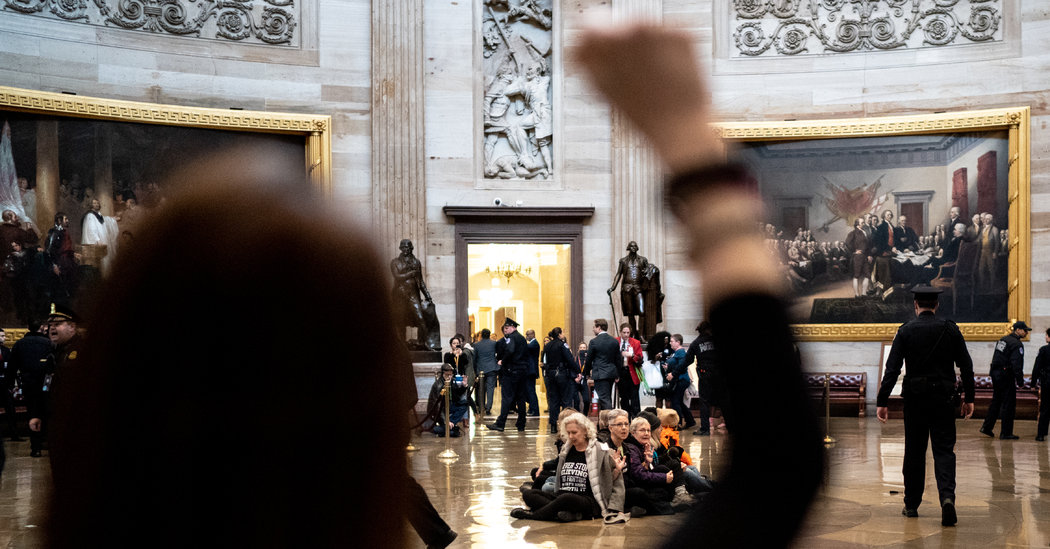 It is done. Donald Trump, impeached by the House of Representatives, has been acquitted by the Senate.

He acted with corrupt intent to pressure the government of Ukraine to announce an investigation into the Bidens. He withheld congressionally approved aid to do so. In so doing, he broke the law. Then he did everything he could to obstruct the inquiry looking into his crime.

He did these things. This is not in question anymore. Everyone paying attention to the evidence presented and that which continues to be revealed in the press knows this. Republicans in Congress know this.

However, all but one — Mitt Romney — have lined up behind Trump to support and defend him.

What we have watched in Washington from Republicans during this impeachment is nothing short of a travesty. Most people fully expected the Republicans in the Senate to do exactly what they did. However, it is still a strike against the country and the Constitution.

Where are we? What’s next?

Now that Republicans have refused to do their duty out of extreme tribalism and devotion to Trump, Democrats need to make lists and take names. There is no time for crestfallen recriminations.

Republicans who have chosen party and despot over country and law must be made to pay at the ballot box in November. If a majority of the Senate cannot be expected or made to do the right thing, the Senate majority must be changed. It must be defeated.

Sure, most Republican senators are safe this cycle, but some are most definitely vulnerable. That vulnerability must be capitalized upon. They have to go. These are senators like Susan Collins of Maine, David Perdue of Georgia, Joni Ernst of Iowa, Thom Tillis of North Carolina and Martha McSally of Arizona.

Democrats and everyone else who believes in virtue must focus like a laser on those races, even if they do not live in those states. They must promote those senators’ opponents on social media. They must donate to those opponents if at all possible. They must encourage people in those states, particularly friends and relatives there, to get out the vote.

Anything that can be done to oust these Republican senators must be done. These races are just as important as the presidential race.

The impeachment trial gave Democrats ammunition to use against these Republican senators facing voters in November. With each vote Chuck Schumer forced on hearing new witnesses and collecting new documentary evidence, the incumbents put themselves on record in support of a sham process and a corrupt president.

But Senate Democrats can’t do this alone. They need an internet army to come to their aid. They need an unrelenting campaign of ordinary citizens to keep these vulnerable Republicans under pressure and in the spotlight.

The resistance must be widened. Control of the Senate must be at the center.

The Senate will be difficult to flip, but it is not impossible. And, like the impeachment of Donald Trump, America has no real choice.