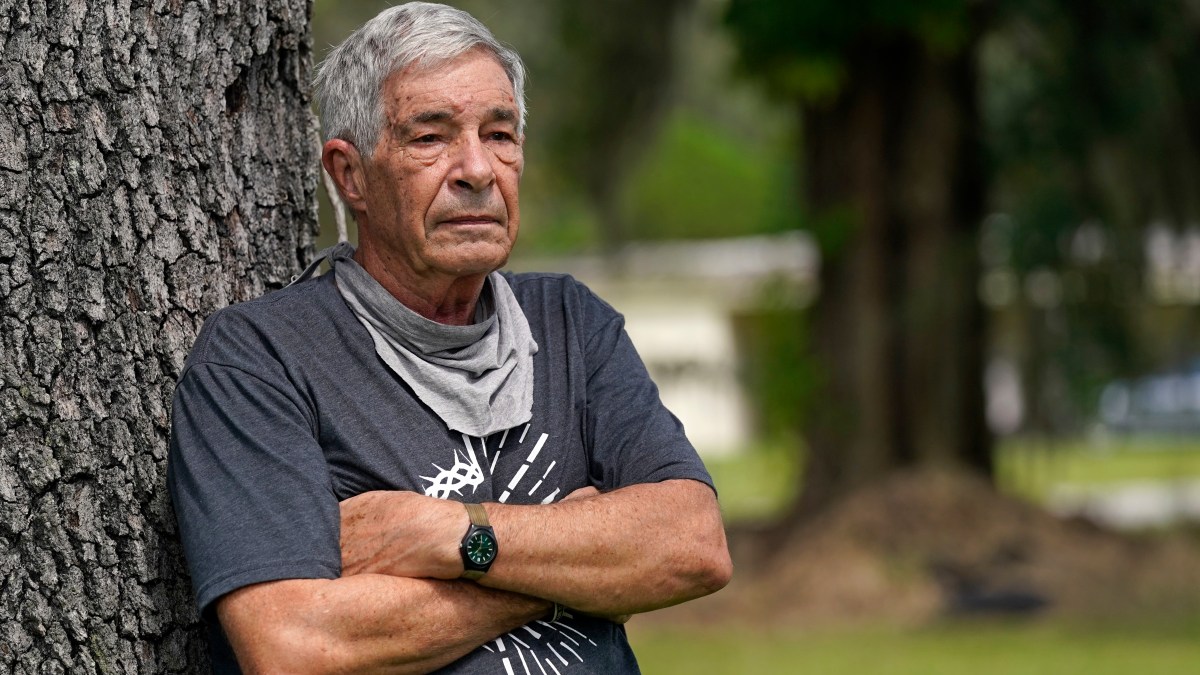 Shawna Jensen’s moment of reckoning came in March, as she sat in her suburban Fort Worth, Texas, living room next to her fireplace. Her laptop was open to a Zoom happy hour with five girlfriends.

“Hey guys, I gotta tell you something,” she said. The women, all white, Republican, suburban moms, stared back at her.

“I’m not voting for Trump this year. My heart will not let me do it. I can’t vote for someone who is that ugly to other people,” she said.

Jensen is among former Donald Trump supporters who are voting for Democrat Joe Biden this year, breaking ranks with family, friends and, in many cases, a lifelong political affiliation. They say it’s caused them anguish, both to personal relationships and their own identity. They wanted change and disruption, until they found out what that actually looked like under Trump.

President Trump calls the New York Times reporting that he paid just $750 in federal income taxes in 2016 and avoided taxes all together in many of the previous years “fake news.”

Trump’s case for reelection rests almost solely on the intensity of support from those who backed him four years ago. Unlike other modern presidents, he has done little to try to expand his base, and there’s no evidence that he has. So he cannot afford to lose many voters like Jensen.

It’s unclear how many voters like Jensen are out there — white, middle-class people who are pro-gun and anti-abortion rights, solid Republicans in most conventional ways — and how they will affect the election’s outcome. To be sure, this could be only a slice of voters, but it’s a caution signal for the Trump campaign.

In a tight race — especially in swing states — they could make a difference.

In two dozen interviews with voters in three swing states and Texas, people discussed why they aren’t voting for Trump again and what it feels like to leave behind a political allegiance that was part of their personal identity.

“Everything that I thought I knew doesn’t exist anymore,” said 22-year-old Zach Berly, of North Carolina, who was active in high school and college Republican clubs and enthusiastically cast his first presidential ballot for Trump in 2016 but won’t be voting for him in November. “There has to be another solution. I don’t even know what I am.”

The bedrock of Trump’s America is white voters who are 45 or older, and they are largely solidly with him, especially in rural areas. According to a Pew Research Center study, the 2018 elections showed a decline in support for Republicans in suburban areas, and if that is true in 2020, it provides an opening for Biden.

To be sure, Jensen is not typical. Trump’s approval rating was 86% among Republicans in a recent Associated Press poll. There are many who remain fervent in their support for Trump for the very reasons she has come to spurn him: They agree with his immigration policies and his abortion stance, and they appreciate his brashness.

But she also is not alone — and she’s still a registered Republican. Across the country, others who voted for Trump came to the same conclusions she did: He isn’t the man they thought he was.

President Trump sparked outrage and alarm when he suggested that he may not accept the results of the November election. Political strategist Cristina Antelo said his “bluster” is part of a strategy to prepare for a fight over an unclear election outcome.

Folks who are switching their votes from 2016 all cite different turning points for their change of heart. For some, it was when Trump gave his inauguration speech. For others, it was the way he called certain nations “s—hole countries,” and how he responded to the Ukraine scandal. Others quit Trump this summer amid nationwide protests over race and a pandemic that’s killed more than 200,000 Americans.

Among the two dozen Trump defectors, there is no discernible pattern. They are women and men, old and young. Some are evangelicals, with strong opposition to abortion.

For Dee Stoudemire, a 64-year-old retired legal administrator and lifelong Republican in Jacksonville, Florida, it was Syria. When Trump made the decision to pull out of that country, going against the recommendations of his military advisers, she ceased supporting him. “That was a bat signal to me, that he’s not listening to his military leaders. When you have a leader that cannot and will not listen to his military leaders when it comes to world affairs, you’ve got a problem.”

Stoudemire says most of her friends are Republicans. “We don’t talk about the election a lot. Because our friendship is too important. They’re aware of how I feel. What other people think about me is not my business.”

Nearly everyone who spoke with the AP said they had hesitations about voting for Trump in 2016 but chose him anyway because of his outsider status and willingness to shake up Washington.

“I was super proud that day I walked out of voting,” said Jensen, who cast ballots for Trump in both the primary and general election in 2016. “I really thought he was going to drain the swamp, get rid of career politicians, small government, be a leader. We wanted everything to change.”

Her first serious inkling that he didn’t align with her values was when he nominated Betsy DeVos as secretary of education. Jensen, who is a librarian at a high school, felt DeVos wasn’t qualified.

But there were many other troubling signs, including Trump’s habit of belittling people. “Growing up with traditional Christian values, it bothered me how he made fun of people,” she said.

Democratic presidential nominee Joe Biden on Monday focused on the coronavirus pandemic, and President Donald Trump’s response to it, during a campaign stop in Manitowoc, Wisc.

Over the course of Trump’s first term, Jensen’s stance on many issues started to shift. She began to read different news sources, scour new types of books. She watched MSNBC along with Fox News, and read fiction about Mexican immigrants’ journeys into the U.S.

She finally decided Trump had failed at his job when it mattered most, when the pandemic struck. “He did nothing to help us,” she said.