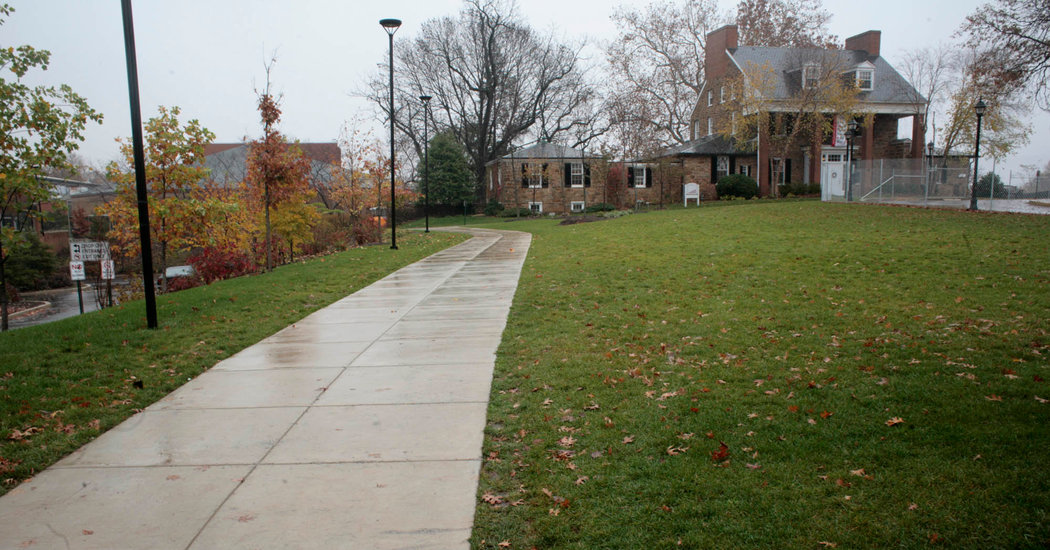 As a number of elite private preparatory schools consider taking federal stimulus loans, they received a stark warning on Friday that they risked invoking the ire of the country’s top financial official.

Treasury Secretary Steven Mnuchin, in a post on Twitter, instructed wealthy schools that had accepted the loans to give them back. “It has come to our attention that some private schools with significant endowments” have taken the loans, he said. “They should return them.”

Some prominent institutions with multimillion-dollar endowments have accepted money from a Small Business Administration program that is aimed at keeping employees of small companies paid during the coronavirus pandemic. Some of them later walked away from the loans, saying other schools might need the funding more, but others made a case for the money even if they had sizable endowments.

Schools that had said they would keep the loans include Sidwell Friends in Washington, where the children of former Presidents Barack Obama and Bill Clinton studied, and St. Andrew’s Episcopal School in Potomac, Md., which counts President Trump’s youngest son as a student, The New York Times reported this week. Brentwood School in Los Angeles, which at least two of Mr. Mnuchin’s children attended, also accepted a loan, The Los Angeles Times reported.

Mr. Mnuchin offered no evidence that the well-to-do schools did not meet the government’s requirements for the loans, which can be forgiven if recipients put most of them toward payroll needs. He also did not specify what qualified as a “significant” endowment. A Treasury Department spokesman declined to elaborate.

In a statement on Friday, a Sidwell spokeswoman said the school would keep the money unless the government changed the eligibility requirements.

“Out of a commitment to our faculty and staff, Sidwell Friends School applied and was approved by the Small Business Administration,” the spokeswoman said, adding that the school would “review any new rules and comply accordingly.”

Mr. Mnuchin’s swipe was not the first he had taken at businesses he deemed unworthy. Earlier this week, he threatened to hold big companies criminally liable if they did not meet the S.B.A. criteria and said the government would audit loans over $2 million.

Across the country, dozens of private schools have applied to the $660 billion assistance effort, formally known as the Paycheck Protection Program. While some smaller schools came up empty in the first round of funding, several schools that received money have large endowments.

The Pingry School, with campuses in Short Hills and Basking Ridge, N.J., and a roughly $80 million endowment, confirmed that it qualified for the program but did not disclose a loan amount. Nor did St. Andrew’s Episcopal, which indicated in a 2017 tax filing that its endowment was about $9 million.

Ginger Imster, the director of advancement and external affairs at John Burroughs, said on Friday that having “been approved and in receipt of the loan, it is our belief that we’re using the funds as intended.”

She said that large portions of the school’s investment income was restricted from being used for staff salaries — a concern echoed by some other institutions — and that the loan would also help the school meet the financial aid needs of students.

“Until there is a vaccine, this is our new normal,” she said. “We’re doing our level best to make use of the resources available to us, including low-interest loans.”

Many of the schools that intend to keep the money argue that they need it to continue paying teachers and staff. Some private schools are the largest employer in their towns.

In light of the pandemic, the schools said, donations are dwindling and a potential drop-off in enrollment is expected. Summer camps and other sources of revenue have been canceled. Endowments are shrinking as well.

“I think most people see the beautiful campuses of independent schools, but they don’t see what goes into keeping the organizations afloat,” said Myra McGovern, a spokeswoman for the National Association of Independent Schools, a trade group. “Independent schools are nonprofits, not moneymaking ventures. And most schools are very, very small. The majority of schools do not have any endowment.”

While the Trump administration has celebrated the S.B.A. program as a lifeline for needy small businesses, the government has also pushed large public companies with access to other sources of capital to return the loans. More than 25 public and private firms, from the burger chain Shake Shack to auto dealers like Penske Automotive Group, have disclosed that they returned the funds.

Some prep schools followed suit. The Latin School of Chicago, the Middlesex boarding school near Boston and Episcopal High School in Alexandria, Va., all opted not to receive loans or returned the funds.