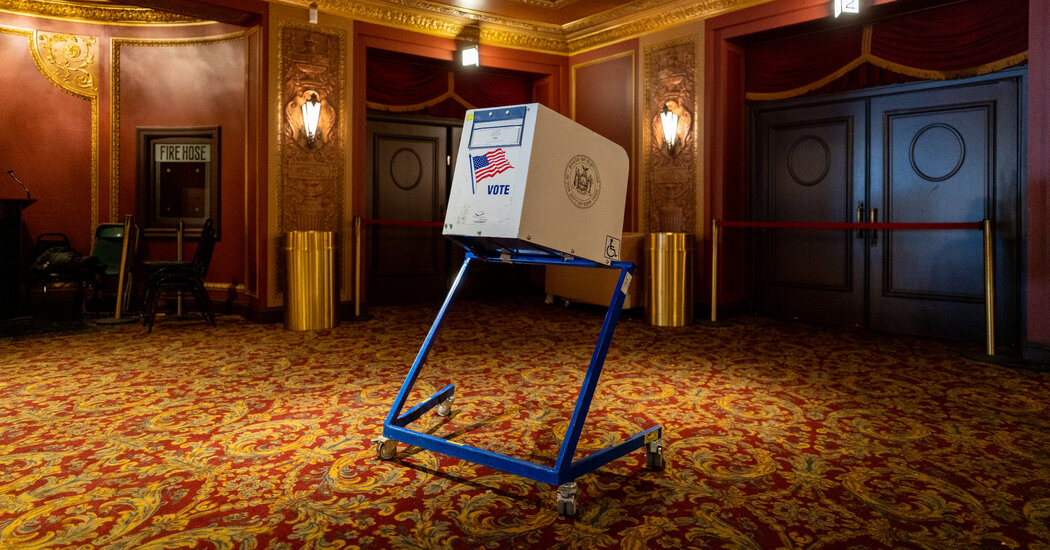 Does it seem to you that election season is starting … a little early? Joe Biden’s only been in the White House a few months. Shouldn’t we have one nice apolitical Fourth of July celebration before flinging everybody back into the fray?

Lovely thought. Get over it.

In New York City, they’re already counting the ballots for the Democratic mayoral primary. Super fast, except for the fact that the city’s new preferential voting system can create more delays than an airport security checkpoint.

In California, everybody is going bonkers about having a recall vote on Gov. Gavin Newsom. Collecting signatures for a recall is something Californians just do — the last time a governor made it through office without a single recall attempt, they were presumably distracted by the debut of “Leave It to Beaver” and first lady Mamie Eisenhower’s affinity for pink ball gowns.

If this one happens, Newsom will almost certainly survive, unless he pulls another one of those stunts about dining with lobbyists in an expensive restaurant during a pandemic lockdown. With his mask off.

New Jersey and Virginia are cruising toward gubernatorial elections this fall, but you might think of New Jersey voters’ progress more along the line of absent-minded stumbling. Gov. Phil Murphy is being challenged by a former state assemblyman, Jack Ciattarelli, who seems to go by the title “virtually unknown.”

On the other hand, Murphy is a Democrat, and no Democratic governor has been re-elected in New Jersey since 1977. The year Elvis Presley died. Feel free to place your bets.

Virginia is totally obsessed with its gubernatorial contest, which features a Democrat, Terry McAuliffe, who already had the job once before, and Glenn Youngkin, a Republican megamillionaire whose most generous donor by far is himself. (Youngkin’s campaign had amassed nearly $16 million by June 1, $12 million of it from guess who.)

McAuliffe’s team, of course, has its own fund-raising strategies, one of the most effective being regular reminders that Senator Ted Cruz supports Youngkin.

Ah, there’s nothing like Texas politics. It follows you everywhere. Democrats on the East Coast are getting emails asking whether Beto O’Rourke should run for governor. I think it is fair to assume that if you reply yes, future correspondence will follow.

“With Texas’ gubernatorial race around the corner, we need to hear from 17 more people in 10025 before midnight,” said one missive I received from Beto’s camp. Now that’s my ZIP code in New York, and it’s a tad weird to think of a cadre of Texas activists counting down the responses from the Upper West Side of Manhattan before they decide what to do about taking back Austin.

The people with their eye on elections in 2022 aren’t the real early birds. Everybody knows Donald Trump is lounging around plotting a comeback in 2024. Except the truly paranoid citizens who are mailing out warnings that he’s going to run for the House and become the next speaker. (“WE’RE SOUNDING THE ALARM, GAIL.”)

On the other side, the emails from Eric and Donald Jr. are piling up, in a slightly more mellow tone. “Our father has done so much for this great Country, and we know it would mean so much to him to see YOUR NAME on his Birthday Card,” wrote the sons before Dad turned 75. “Time is RUNNING OUT to sign it, but because you’ve always been a TOP supporter, we’re saving a spot on the card just for YOU.”

While a positive response would undoubtedly bring forth a new correspondence, I can attest that ignoring the letters completely doesn’t discourage anybody.

The first question, naturally, is how Junior decided he was my friend.

The news was that Dad is going to hold a rally in Ohio on June 26, and when he asked Junior who he ought to invite as his special guest, “I immediately thought of YOU, Friend.”

The catch is that there’s a contest, and whoever comes in first gets to meet Trump backstage for a picture. “AND (it gets better),” Junior enthused, “he’s going to SIGN the photo so that you can remember the moment forever.”

Further never-quite-explicity-stated-but-very-important-caveat — you have to donate money to get into the competition. (“Please contribute ANY AMOUNT IMMEDIATELY.”)

So much to think about, so many very weird contests to follow.

Meanwhile, back in New York, mayoral election-watchers might be complaining about the confusion in our new voting system, but you can’t really say things have been dull.

In one recent interview, the current front-runner, Eric Adams, was asked about his all-time favorite musical performance, and he named one starring Curtis Mayfield.

“At that concert there was a rainstorm and the lights fell on Curtis Mayfield and they actually paralyzed him,” Adams said. He added that it was “an amazing concert before that happened.”

People, does this sound like a mayor who would help the city look on the bright side during troubled times? Or is there such a thing as being overoptimistic?