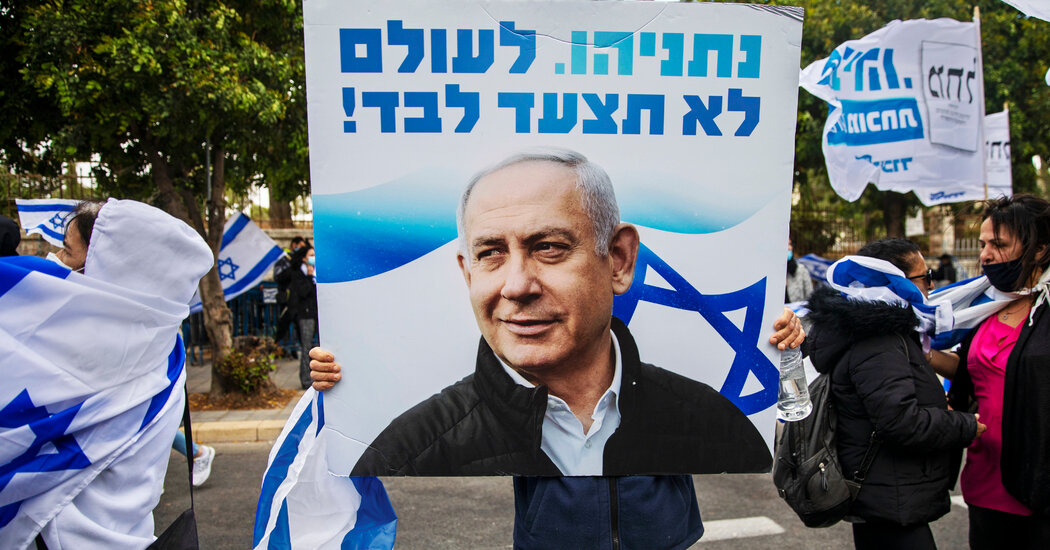 The days after Israel’s longest-serving prime minister was finally forced out of office have been anticlimactic.

Naftali Bennett has been sworn in as prime minister, ending the 12-year rule of his predecessor, Benjamin Netanyahu, but this is still very much Mr. Netanyahu’s Israel. Even physically, Mr. Netanyahu is still living in the prime minister’s official residence on Balfour Street in Jerusalem. The day after his premiership ended, he was still receiving guests from abroad, including the former U.S. ambassador to the United Nations Nikki Haley and the televangelist John Hagee.

Mr. Netanyahu’s political camp of far-right and ultrareligious parties may be in the opposition now, but they’re still his coalition, rallying around his promise to topple “this evil and dangerous leftist government,” and to do so much sooner than anyone expects.

Meanwhile, there is the intractable conflict with the Palestinians and the same divisions within Israeli society. For the new government to have any realistic chance of survival, it can’t completely dismantle Mr. Netanyahu’s legacy, lest it unravel its fragile coalition. The clock cannot be turned back on the 12 years of his long rule. And though Mr. Bennett and his colleagues will not admit so openly, in some aspects they don’t want it to be.

Three of the eight party leaders of the new coalition, including Mr. Bennett, are, if anything, even more nationalist than Mr. Netanyahu, and they ideologically oppose any territorial compromise with the Palestinians. The leaders of the five other parties that, in principle, favor various forms of “separation” or a two-state solution are content to put any such notions on hold for the time being. Any attempt in that direction will rip the new government apart and open the door to Mr. Netanyahu’s return.

Mr. Netanyahu proved that Israel does not need to make any meaningful concessions to the Palestinians and can abandon any semblance of making progress in a nonexistent “diplomatic process” with them and still prosper. The so-called Palestinian problem, once such a cause célèbre of the international community, has been relegated to the bottom of the global diplomatic agenda. The eyes of the world may have been on Gaza last month during the 11 days of warfare, but once a cease-fire was reached, they were soon averted. After 12 years of Mr. Netanyahu, there is no real pressure on Israel to end the blockade of Gaza or the military occupation of the West Bank.

For some supporters of Mr. Netanyahu’s ouster, the idea that this government will remain stable by maintaining Mr. Netanyahu’s legacy of a never-ending occupation and inequality for millions of Palestinians will be unbearable. For another segment of society that championed this change, the dismantling of other Netanyahu legacies is progress enough. For both, the only answer is to begin healing divisions and strengthening democratic institutions.

That the new government was sworn in on June 13 on the back of a 60-59 confidence vote is testament to just how divided Mr. Netanyahu’s Israel is. It was these divisions between Jews and Arabs, religious and secular, Ashkenazim and Mizrahim, that Mr. Netanyahu long exploited to win elections and build coalitions of resentment. He branded all his political rivals, even those to his right, with the dreaded label of “left-wing.” Now, in defeat, Mr. Netanyahu and his remaining allies are trying to portray the new government, headed by a religious nationalist prime minister, as a bunch of Judaism-hating, secular Ashkenazi elitists, a “leftist government.”

In fact, the new government is the most diverse coalition Israel has ever known, ranging from the nationalist right to the Zionist left, along with a conservative Islamist party, a first in any Israeli government. As such, it has an opportunity to go some way toward reversing Mr. Netanyahu’s toxic endowment, just by proving to Israeli citizens that its members can work together for a decent length of time. A notable number of women and non-Jewish ministers are also in this government. It is, of course, no more Ashkenazi or secular in its makeup than Mr. Netanyahu’s previous governments were.

Simply having a cabinet that can work together collegially, each member taking care of his own ministry’s policies and basic functions, will make a huge impression on Israelis who have been used to their politics being dominated by the battle for survival of just one man. But for the new government to survive, each of its disparate elements will have to be invested in the success of the rest. In other words, the nationalist leaders of the government will now have to rethink their rhetoric and detoxify their tone about the left. They must convince their supporters that everyone benefits from partnership and equality with Israel’s Arab citizens. If they do so, they will begin the long process of reversing decades of Mr. Netanyahu’s work. It won’t be easy.

A government made up of small parties — none of which can dominate but all of which can bring the government down — will also be much more reliant for stability on the Knesset overall and on the judiciary, both of which Mr. Netanyahu tried to weaken and marginalize.

But the very precarity of the government means the ongoing conflict with the Palestinians will be sidelined by necessity. A lack of meaningful progress on peace may likely be Mr. Netanyahu’s most lasting legacy. Even the historic inclusion of Raam, a party representing Arab Israeli citizens, in the coalition will not contribute to solving the Palestinian conflict. The agreement specifically bypasses any nationalistic or identity issues and focuses wholly on material concerns of the Arab Israeli community.

The Netanyahu era is not yet over, though it may be in its twilight. Don’t expect this government to start tackling the core questions of Israel’s future. It has a hard enough task as it is.

Anshel Pfeffer is a senior writer at Ha’aretz and the Israel correspondent for The Economist. He is the author of “Bibi: The Turbulent Life and Times of Benjamin Netanyahu.”