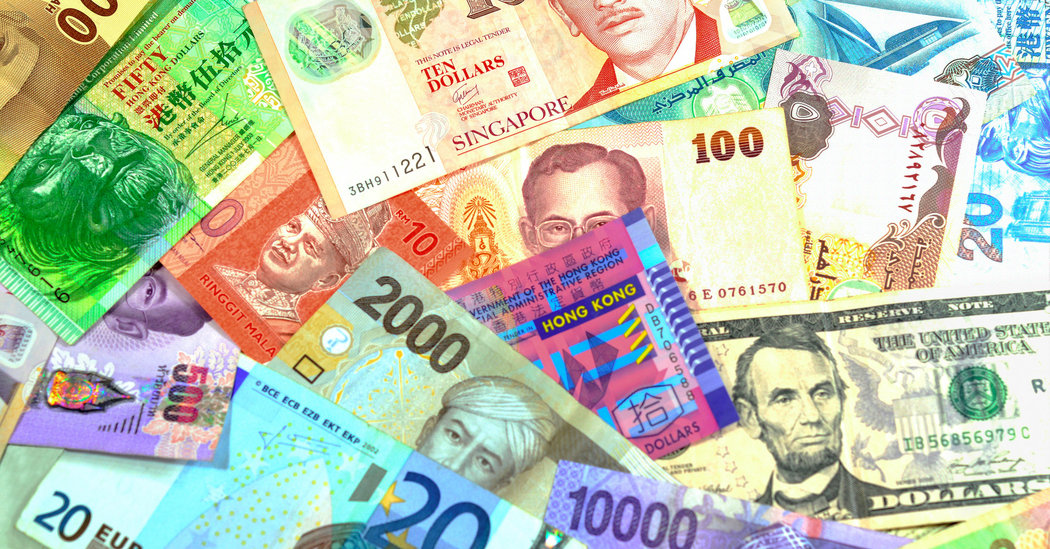 As politicians and parliaments struggle with the economic catastrophe brought on by the coronavirus pandemic, central banks have reached for the playbook of the 2008 global financial crisis. They are pumping liquidity into the banking system and trying to prop up key asset markets with large-scale purchases. This is helping to staunch the panic, but the shock is a global one — and it needs a global response.

For the second time this century, the world is facing an acute shortage of dollar funding. This is a big problem: An enormous amount of global financial activity depends on the use of the dollar. If we are to contain the fallout from the crisis, America’s central bank must act as a lender of last resort not just to America’s financial system but also to the entire world’s.

The good news is that the Federal Reserve is taking its responsibility seriously: It is funneling dollars to central banks around the world. But is the Fed fighting the last war?

The question turns on what we mean by global finance. In 2008 the dollar shortage was confined largely to the banks of Europe and America. That is the Fed’s historic comfort zone, the cradle within which it was born a century ago. The coronavirus crisis explodes that 20th-century framework and poses the question: How does America’s central bank supply dollar liquidity to a polycentric world economy?

“Liquidity swap lines” are the main way to pipe dollars into the global financial system. These were first deployed in the 1960s, when they were used to circulate funds between central banks struggling to uphold the fixed exchange rates of the Bretton Woods system. Essentially, central banks credited each other with matching amounts of currency: A Deutschmark credit for the Fed at the German Bundesbank was offset by a dollar credit for the Germans in the United States.

In 2007, a new type of dollar shortage emerged — not a shortage of official reserves, but a shortage on bank balance sheets. Europe’s banks had taken on huge amounts of American subprime debt. They had made hundreds of billions of dollars of loans without having a depositor base in the United States to match. To fund the loans, they borrowed dollars in wholesale money markets or swapped euros, Swiss francs and British pounds for dollars. As the markets panicked, those sources of dollar funding dried up. This risked unleashing a chain reaction in which the European banks would sell off their American investments, further accelerating the panic in American markets.

The Fed responded first by lending money directly to the European banks in New York and then by using the swap lines to funnel dollars to them indirectly by way of their local central banks. For a brief moment in early December 2008, the swap lines to foreign central banks were the largest single item on the Fed’s balance sheet. Altogether 14 banks were attached to the Fed, including major emerging markets like South Korea, Brazil and Mexico, whose banks, like the Europeans’, had joined the dollar-based global financial system.

In 2013, the agreement to swap was made permanent. A privileged group of central banks — those of Canada, Britain, Switzerland and Japan, as well as the European Central Bank — were granted what amounted to unlimited drawing rights on dollars, in exchange for which they would give their own currency as collateral.

The swap lines reflect the geography of the dollar-based financial system. But they are also a tool of geopolitics: The dollar network provides a financial safety net for the banks of America’s major allies. It is not by accident that no swap was ever considered for Russia or China.

What does all this have to do with the coronavirus? As panic has swept through financial markets in the last two weeks, investors have begun seeking safety in cash — and above all in dollars. The American economy itself may look weak, but the dollar is still the most universally acceptable means of payment and store of value.

The pressure of the coronavirus crisis was such that on Thursday the Fed widened the swap network to include all 14 of the central banks it supported in 2008. The news had an immediate calming effect. Pressure on the exchange rates of Brazil and South Korea eased; the dollar has slipped back from the highs it touched earlier in the week. But as the pandemic’s impact on the world economy deepens, will the swap line system of 2008, with its echoes of the Cold War era, still do the job?

Three things have changed since 2008. First, dollars are being used on a new scale by new financial actors. Second, the balance of the world economy has further shifted from the European Union-United States-Japan axis toward emerging markets. And third, the politics of the world economy have become far more antagonistic. Let’s take each in turn.

In 2008, European megabanks were the problem. Today the pressure is on Japanese and Taiwanese life insurers, pension funds and postal banks, which have made huge purchases of American corporate bonds that are now collapsing in value because of the shutdown of global economic activity. These financial institutions are not umbilically connected to the swap lines in the way that banks in London or Paris were. As the Fed struggles to calm the markets, the last thing it needs is for these institutions to unload their portfolios of American assets.

Corporate borrowers — for example Pemex, Mexico’s state-backed oil company — are also under immense financial pressure, as are the suppliers of complex manufactured goods. They borrow short-term in dollars to pay for raw materials and components moving along their complex supply chains. As the dollar soars and interest rates tighten, they face acute financial difficulties, adding further pressure to the physical disruption of the shutdown.

As for the growing power of emerging markets, China leads the way. But the growth of economies like Indonesia, Malaysia, Thailand and Turkey has also been spectacular. Once a relatively marginal part of the world economy, the emerging economies are now key drivers of global growth. American investors, and indeed the world economy, have a deep interest in their prosperity.

Finally, there is the question of China. In 2008, China was already the main driver of global growth, so much so that some feared that it might cause a crippling global crisis by selling off its portfolio of U.S. Treasuries. That did not happen. Instead, China powered through the recession with a gigantic domestic stimulus package. Today, the country’s economy is larger than ever, as are its holdings of American assets. All told, the foreign debts of China’s businesses come to $1.3 trillion. As the global scramble for dollars begins and the American currency rises in value, those debts become less sustainable. That risks unleashing a chain reaction.

We had a taste of this scenario in a few years ago, when a huge run on the renminbi and the threat of a Chinese devaluation shook the world economy. As China’s stock market and currency plunged, the impact on the American markets was so severe that the Fed, under Janet Yellen, pulled back from raising interest rates.

That was in 2015, when the market for U.S. Treasuries was rock solid. Relations between the United States and China were tense, but not yet hostile. Now the U.S. Treasury market is shaking, and the relationship between the two counties — in an era of viral conspiracy theories and trade wars — has sharply deteriorated. How can the Fed manage relations with China’s central bank in these circumstances?

It will need to, somehow. The last thing the world economy needs is for Beijing to liquidate any of its portfolio. It would be a huge, perhaps politically impossible step to extend a swap line from the Fed to the People’s Bank of China. In its absence, as Brad Setser of the Council on Foreign Relations has suggested, the Fed may need to consider allowing China to borrow against the collateral of its huge Treasury holdings.

The crisis is still unfolding. The outflow from the emerging markets in recent weeks has been more rapid than ever before in history. To stop further losses, it may be necessary to adjust the swap line system. That will require imagination — and if not political cover from the White House and Congress, then at least forbearance. Doing so is crucial: The faltering effort to respond to the pandemic must not be hampered by a crisis of the dollar-based financial system.

What’s at stake is not just economic stability and the credibility of American financial leadership. It’s truly a matter of life and death.

Adam Tooze (@adam_tooze) is a professor of history at Columbia University and the author, most recently, of “Crashed: How a Decade of Financial Crises Changed the World.”